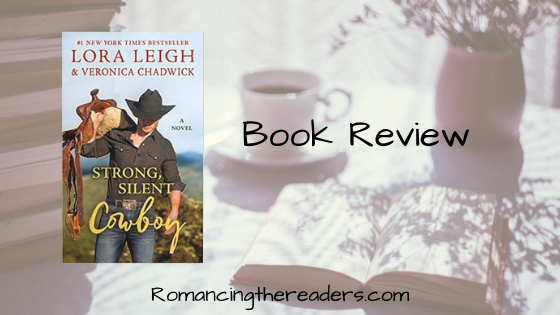 Sallie Hamblen had three incredibly hot, sexy nights with Jacob Donovan, an undercover CIA agent, before he disappeared, leaving her broken-hearted and forever yearning for the man she lost. Years later, Jacob doesn’t know that the beauty he’s about to seduce in a small town bar is the woman he held in his arms all those years ago… and that she’s on the run from her past.

Former CIA agent turned cowboy, Jacob Donovan wants nothing more than a simple life. Just the ranch and occasionally someone warm and sweet in his bed. Until Sallie comes back into his life and all of a sudden he wants to be in her bed every night...all night. When he discovers that her life is in danger, he swears he’ll protect her. Even when secrets are revealed that threaten everything between them, he will lay everything on the line to keep her in his arms. 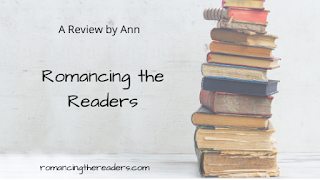 It might have been a little long since we've had a book by Lora Leigh but it was well worth it. This is the second book in the Moving Violations series. I almost reread the first book in the series to remember it because it was out in 2019. Unfortunately, I was a little lazy so that didn't get done. The good news is that this one is pretty much standalone. The first book is mentioned but only in passing.
I'm going to start out by saying that I really loved the characters in this book. The Culpepper brothers remind me of her Nauti family which I just love. A lot happens within the story and you have to pay attention to make sure you don't miss anything.
The idea of how Jacob and Sallie met and parted is a good one. I kinda wish the beginning of the book handled it better. I must have needed more of an explanation because I was a little lost. I did get into the story pretty quick so I got over the confusion. Once in the story, it moves really fast.
I really love Jacob too. Any man that lets his grandma live with him is okay in my books. She's a fun lady and I wish she was in the book more. Since the story moves so fast you don't have time to question anything. The great part is that even though the book is fast-paced you really get to know the characters within it. I like that about her writing.
You'll feel for both of these characters they've been through some crap. Sallie more than Jacob. Her family life really sucked. How she turned out so nice is beyond me. As a whole, this is a wonderful story. There is plenty of action and sexy scenes to keep you reading more add some great characters and you have a wonderful book. Any of you read her? 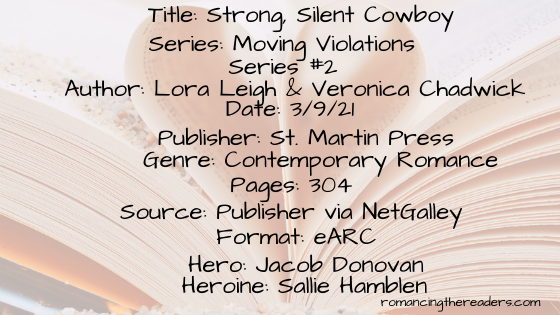