Showing posts from August, 2015
Show all

bounce by Noelle August Synopsis: This final chapter in the fun and steamy New Adult trilogy by Noelle August (authors Veronica Rossi and Lorin Oberweger) features two aspiring musicians who must choose between their careers…and their sizzling attraction for each other. Playing the occasional club gig just isn’t cutting it for twenty-two-year-old cellist Skyler Canby, who’s trying to support herself and her mother back home in Kentucky. Persuaded by her best friend Beth to accompany her on an audition for the first feature film launched by Blackwood Entertainment, she figures why not? Beth’s a shoe-in for the lead, but maybe Skyler’s newly dyed pink hair will help her stand out enough to score a small speaking part. Never in her wildest dreams does Skyler imagine she’ll land the lead role or that she’ll have her shoes knocked off her feet by the kiss her audition partner, Grey Blackwood, plants on her—a kiss that feels very real and not at all “acted. ” After thro
2 comments
Read more

Cover Reveal: Inside My Pain by Stace Lee 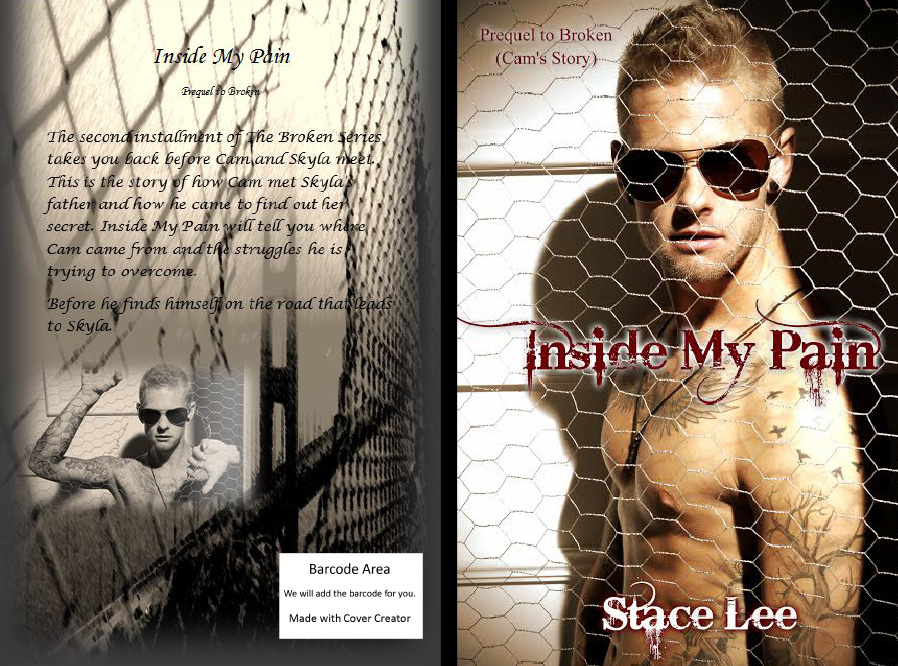 Cover Reveal Inside my pain by Staci Lee (Prequel to the Broken series) Inside My Pain (Prequel to the Broken Series) Synopsis - The second installment of The Broken Series takes you back before Cam and Skyla meet. This is the story of how Cam met Skyla’s father and how he came to find out her secret. Inside My Pain will tell you where Cam came from and the struggles he is trying to overcome.   Before he finds himself on the road that leads to Skyla. While reading this book, you may find yourself inside someone else’s dreams. You might just find your twin flame; Two connecting souls that will find each other. Have you found your twin flame? FB Page – Author Stace Lee Goodreads Broken, book 1 in the Broken Series Synopsis - Skyla wanted to be an ordinary girl, but all her life she’s been called a freak. She absorbs the impact of negative emotions from others around her. Could it have anything to do with her glowing violet eyes? Plagued with
2 comments
Read more 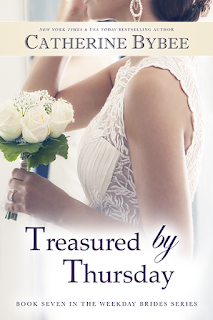 TREASURED BY THURSDAY The Weekday Brides Series, Book Seven Montlake Romance, Contemporary August 18, 2015, First Edition Paperback & Kindle The seventh and final tale in the dazzling, heartwarming, and pulse-racing Weekday Brides series. Gabriella Masini: She’s a woman haunted by her past, with the scars to prove it. She believes that fairy tales are for other people. An elite matchmaker at Alliance, she’s great at crunching numbers, but something doesn’t add up with her latest prospective client: a billionaire bad boy with his own secrets. When Gabi refuses to be his temporary wife, Hunter forces her hand with an offer she can’t refuse. But marriage to a man like that could never last…or could it? Hunter Blackwell: Only his bank account is bigger than his ruthless ability to obtain anything he wants. These days, he has a secret reason to settle down, at least for a while—and he thinks the sensual and sassy Gabi will fit the bill perfectly. But when their marriage of convenien
2 comments
Read more 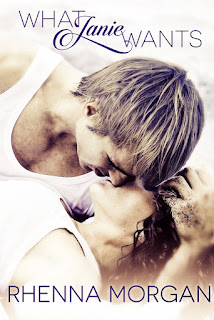 What Janie Wants by Rhenna Morgan Clothing optional… Janie McAlister should have known better than to trust her quirky sister’s taste in resorts. Instead of thatched-roof huts and designer pools overlooking the ocean, she’s landed at the one seventies throwback in the Riviera Maya with an open door nudity policy. No way is she going à la natural in public. And she’s sure not entertaining the advances of the bold young man with the delicious body daring her to do exactly that…and so much more. Well, hello, Ms. McAlister… Zade Painel’s a man on a mission—grab some much needed R&R at Gypsy Cove, and figure out how to reclaim his boudoir photography business. He never thought the answer would come in the form of a curvy, forty-year-old redhead and an accidental knee to the ‘nads, but Janie proves to be a force of nature with a penchant for fixing things. She’s also sexy as hell. One way or another, he’s going to help her see just that. And if he plays his
4 comments
Read more

Promo & Giveaway: Demon of Mine by Rayna Vause

Demon of Mine (Hell Inc Series #1) by Rayna Vause Blurb: Climbing the corporate ladder can be hell…. As a Collections Demon, Zavier grants his “clients” one wish in exchange for their souls. His job sucks, but once you make a deal with Corporate South, they own you. The trouble is, Zavier’s not a very good Collections Demon, with his tendencies to spurn authority and find loopholes to help deserving clients out of their contracts. He’s under scrutiny from the head of his department, who would quite literally like to see him burn. He just needs to close a simple deal to get upper management off his back. Instead, he meets Ryan. Ryan is desperately searching for a way to save his dying sister. He doesn't believe in magic and demons, but he’s out of options. Zavier’s not what he expects in a demon, and even more unexpected is the strong sense of familiarity—very intimate familiarity. While trying to free Ryan from his contract, Zavier discovers s
4 comments
Read more
More posts