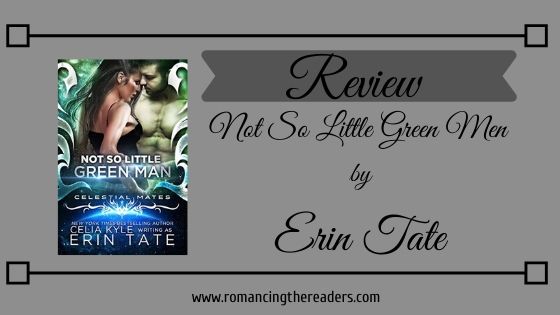 Since she’s creeping up on the age of bearing service, the Earth government wants Jassa to have a baby and then hand it off for a family to raise, but Jassa wants her own family. Which means calling Celestial Mates. One questionnaire, a bit of blood, and a race to get away from the Department of Population, and she’s got her wish—tall, sexy as hell, and occasionally green alien Vroe, the High Warlord of Vialea.

Vroe aches for a mate who doesn’t see him as just a rise in status. He wishes for warmth and affection and goes to Celestial Mates to find… Jassa Marizen. Yet his ideas about mating—Jassa mating him and forever being known as only Vrya—collide with hers. She doesn’t want to lose her past. He wants her to embrace her future.

And then there’s this other woman… She just wants Vroe to herself.

Lately, I've been in the mood for aliens so I thought I'd read a few I had from Erin Tate aka Celia Kyle. If you follow me you know how much I love her books. When I read these two books I didn't pay attention to the fact that they are part of the CELESTIAL MATES world. Now you know what I'll be doing. From what I say there are a ton of books. I know I might not enjoy them all but chances are I will like some.

I so loved both Jassa and Vroe. I like how their two worlds are so different. It seems that Jassa doesn't really know what she's in for when she looks for a mate. Her world seems horrible so I didn't blame her for getting away.

They do run into a few issues, his brother causes a bit of trouble but that doesn't last. It also cracked me up when she talks him into keeping what they think is a pest. It's always fun when big strong men give into their little women.

As a whole, this is a very cute quick story that I was so happy that I read. I right away read the next one in the series because I couldn't wait to see what happens with the brother. In the Celestial Mates series, they aren't one after the other. But in the Vialea series, they are. I wish she'd write more. 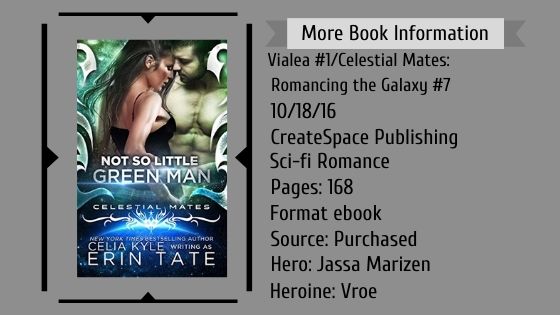 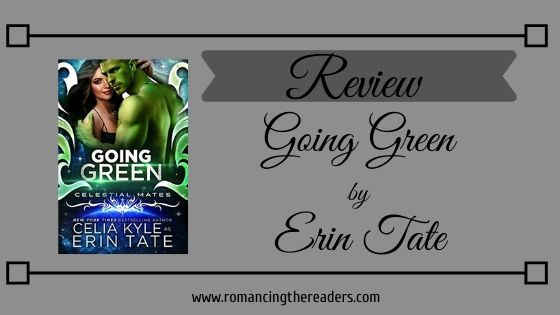 Rhea is leaving Earth and nothing will stop her. Not her controlling governor father, her asshole ex-fiancé, or the Department of Population who want to impregnate her. Which is why she contacts the one organization out of their reach—Celestial Mates. A questionnaire and blood sample later and Rhea is matched to a hunky, deliciously tempting, and alluring alien.

Erudan—once known as Teon, brother to the High Warlord of Vialea—did not register with Celestial Mates. Or rather, he’d never submitted his application. Yet a curvaceous, dark haired, green eyed human stands before him and demands they mate. Immediately. He lost his honor long ago and doesn’t deserve a female like the seductive Rhea, but that does not stop the wanting.

Unfortunately, others from Earth want her returned and Erudan is happy to show them the error of their ways. No one challenges a Vian warrior… and lives.

Finally the brother's story. I act like I wait forever for it but I really didn't since I read them back-to-back. They were published over a year of each other but that's the great part of always being behind, you often don't have to wait for the next book coming out.

After how Erudan acted towards his brother's mate you aren't sure what you think of him. The funny part is that in his own book he's very different. I really liked him. He had a black cloud over his head that he carried around for all the wrong reasons.

Poor Rhea start of a new life doesn't start out that great. She loses her belonging and is almost attacked. The worse part is that the mate she couldn't wait to meet wasn't there to meet her. Thankfully for her, he does show up but nothing goes as planned.

You'll enjoy these two together. He's there to stand against her father for her and she's there to help him get back with his family. They work perfectly. I liked that he went and made up with his brother and was forgiven. Such a fun read that I really enjoy. 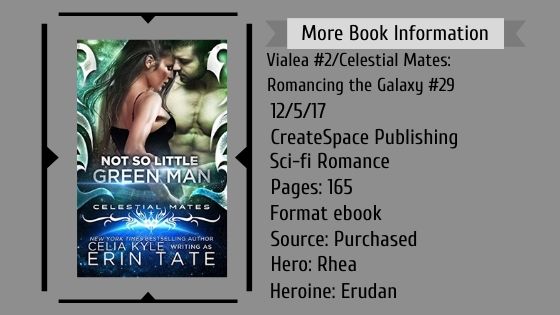