Review: The Look-Alike by Erica Spindler 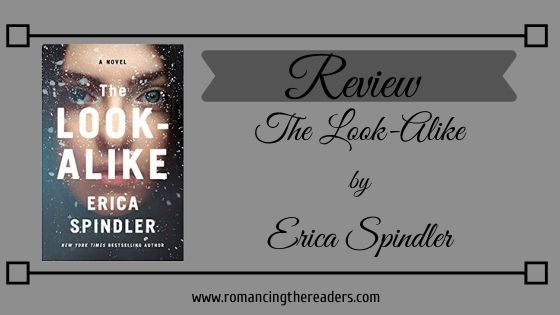 Sienna Scott grew up in the dark shadow of her mother’s paranoid delusions. Now, she's returned home to confront her past and the unsolved murder that altered the course of her life.

In her mother’s shuttered house, an old fear that has haunted Sienna for years rears its ugly head —that it was she who had been the killer’s target that night. And now, with it, a new fear—that the killer not only intended to remedy his past mistake—he’s already begun. But are these fears any different from the ones that torment her mother?

As the walls close in, the line between truth and lie, reality and delusion disintegrate. Has Sienna’s worst nightmare come true? Or will she unmask a killer and finally prove she maybe her mother’s look-alike, but she’s not her clone? It seems like I've been waiting forever for a new book by Erica Spindler. Now, I know that's not true but it has been a couple of years. Not that long in reality but in "Book" years, it's a very long time. We have trouble waiting six months let along a year or two.

I know you guys know I'm a diehard romance reader. I don't read anything other than romance. In fact, I don't even do women's fiction. I just do romance. Spindler is the only author I break that rule for. She always puts enough romance in with her suspense to keep me interested. Of course, there is the fact that she writes a great story too.

I was so looking forward to The Look-Alike and it didn't disappoint.

The story is full of murder and plot twists. You will be lost in the story before you know it. I really loved the characters and loved how you didn't know anyone else intentions but Sienna's. Everyone else is a mystery to you. Makes you spend the book wondering who's good or who's bad.

I so felt for Sienna and what she's gone through in her life. With her mother's illness, an overbearing father and coming upon a murder, her life hasn't always been fun. Of course, her sad life makes us very entertained. Really sucks to be her.

It was fun jumping from one character to the next thinking that they are the bad guy only to change your mind in the next chapter. At first, I worried that it would take me a while to get through the story but once I started I flew.

I loved many of the characters and enjoyed them within the story. As a whole, it's a great book that if you like suspense you'll love it. My only issue and it's a small one is some of the flashback scenes felt out of left field. They just happened. I know they had to happen just didn't always like how they happened.

Other than that minor issues I really enjoyed the story and I'm looking forward to what she has coming down the pike.

Have any of you read her before? Is so share with us a favorite book of yours. 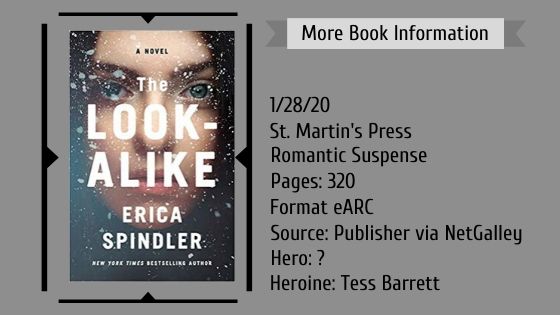