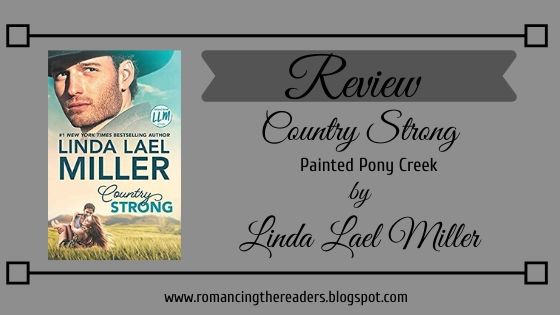 Cord Hollister is a true cowboy at heart. As a man who has devoted his life to training horses under the big skies of Montana, he thrives on the stability of ranch life. But when a girl arrives in Painted Pony Creek with a shocking secret, Cord’s orderly life is upended. She’s the spitting image of the first woman who broke his heart—a woman he hasn’t seen in years—and he’ll do whatever he can to help her. He just can’t do it alone…

Shallie Fletcher left heartbreak where it belongs—in the past. And she’s done everything she can to reinvent herself and move on. But when an opportunity arises to partner with a therapeutic riding program for kids, Shallie can’t resist seeking out Cord for lessons. Back in school, he was the crush she couldn’t forget, even though he only had eyes for her best friend. Seeing him now floods her with memories…and fills her with hope. Could the one who got away be the one who stays? 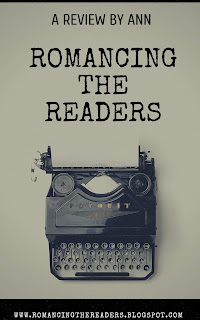 It's been a while since I've had a new Linda Lael Miller to read. She's one of my favorite authors that I always say is a comfort read for me. I usually read her contemporaries over her historical's but I'm sure historical readers would enjoy them.

We are introduced to three childhood friends that will each have a story. Cord, Eli, and J.P. Up first is Cord's story.

I will admit it was a little slow going in the beginning. I always expect bumps for the first book in the series. They have to do the setup and get you to know what the series is about and who the players are. Plus it's been a while since Miller's last book so maybe she needed to find her rhythm.

This happened in about the middle of the book, maybe a little less than that. Once I started to find the Miller I loved the book moved for me. I became engaged with the characters and wanted to know more.

Part of me felt that Cord and Shallie fell into a relationship a little too quickly, and another part of me felt it was always meant to be. I love a story that makes me think about it after I'm done reading it and this is one of those for me.

Even though I wasn't sure about how quickly that got together I really liked them as a couple. They felt like one. I'm so glad they both found their happy ever after.

I wasn't sure what I thought of Carly the girl that claimed that one of the guys was her father. At first, she seemed off but you soon learn it's because she's a scared kid that isn't sure of her place. I was happy that we got to find out who the father was before the end of the book. I'm not sure what I would have thought if it went through all the books.

As a whole, I enjoyed the story and the people of Painted Pony Creek. I can't wait to visit again!


Have any of you read Linda Lael Miller before? Whatcha think? 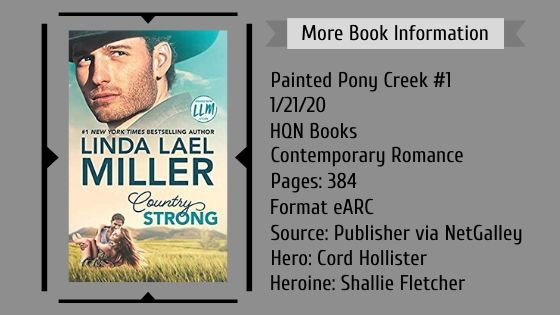