Book Love: Why Did It Have to Be You? by Allyson Charles 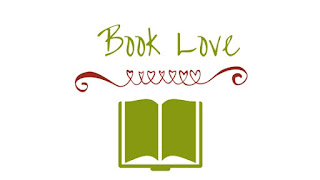 Sometimes a cover just draws you to a book and you know you need to read it. Since I already love Allyson Charles books already this one was on my list but for some reason between the cover and story I think about it often. Do yourself a favor and check out Allyson Charles' Pineville series. It's such a good read! 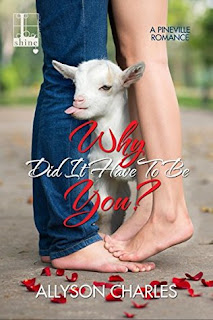 Connie Wilkerson has worked her butt off to go from heartbroken paralegal with a drinking problem to becoming Pineville, Michigan’s fiercest new lawyer. But she’s still short on luck. Exhibit A: her very first case is against bad-boy contractor David Carelli.

Carelli has been a thorn in Connie’s side since high school, getting away with whatever he dreams up. He’s blond, handsome, and he dresses like a model. But everyone in town knows he cuts corners. Just the way he looks at her really gets Connie’s goat. She’s going to get him into chambers and settle the smug right out of him.

There’s just one problem. Exhibit B: Their supposedly hostile negotiations are turning hot instead. Now the jury is out on whether a second chance is recommended . . .