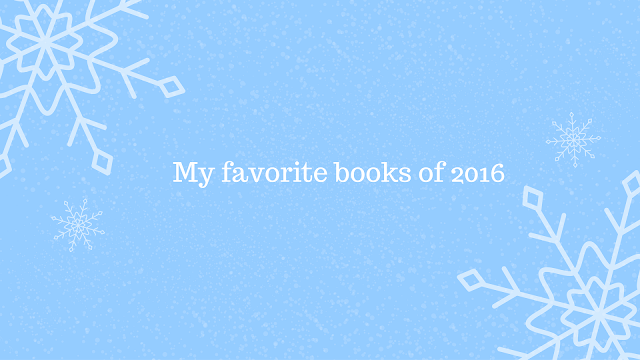 With 2016 close to ending I thought I'd share with you some of my favorite books this year.

I've read a ton of great ones but a few have stuck out and are worth me giving them a shout out! I'd love if you shared with me your most favorite book of 2016!

Favorite books of 2016:
These are in no special order 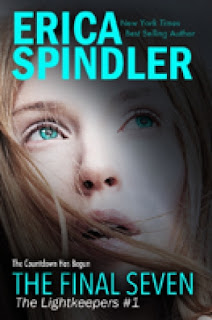 The first Saturday in July...
A missing coed...
The number seven carved into her door...
The countdown has begun.

New Orleans Detective Micki Dee Dare is a seasoned, no-nonsense cop. She doesn't need a partner, especially not Zach “Hollywood” Harris, an irreverent charmer, fresh out of an experimental FBI program. And her assignment — keep him alive while he fights crime using the special skills he brings to the table — is not what she signed up for. But the die has been cast and there's nothing she can do about it.

Micki soon realizes there's more to her partner than meets the eye—and more at stake than catching bad guys and closing cases. There’s a new kind of evil at work the Crescent City, more cunning, more powerful than any she’s ever encountered. And she and Zach may be the only ones who can stop it.

As another coed goes missing and the darkness closes in, Micki must face a terrifying truth: this time she might not make it. This time the evil they’re facing might destroy them all... 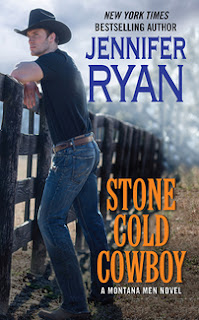 Sadie Higgins has a bad habit of bailing her brother out of trouble. But when he rustles a herd of cattle from the tough, honorable Kendrick brothers, it's Sadie who's in for it. Because the cowboy tracking them down is big, silent, and forbidding as hell.

Rory Kendrick is on the hunt to find out who's been stealing from him. When he stumbles upon Sadie in the woods, he barely recognizes the quiet, vulnerable beauty who has always taken his breath away. His mission shifts in an instant: He will do anything it takes to keep her safe . . . and make her his.

Sadie has always protected her family—no matter the price. But when Rory ropes her heart, she's forced to take a look at her life and make a dangerous choice—one that could cost, or gain, her everything. 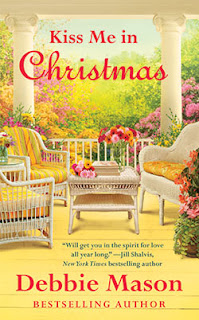 Actress Chloe O'Connor has become America's sweetheart, but back in little Christmas, Colorado, she's still remembered as a shy, awkward schoolgirl. And there's no one she dreads (and secretly wants) to see more than her high school crush, Easton McBride. Just one look from the former star quarterback and it's like she's instantly transformed from daytime drama queen to tongue-tied teenager. She's kissed Hollywood actors and famous cover models, so she can certainly play it cool while turning up the heat, right?

After an injury ended his military career, Easton McBride built a good life in the rugged countryside of his hometown. And the last thing he needs is his quiet solitude shattered by a high-maintenance temptress who isn't anything like the sweet Chloe he misses. While he enjoys the flirtation with this new bold and beautiful woman, he can't help but wonder whether a kiss could have the power to bring back the small-town girl he's grown to love. 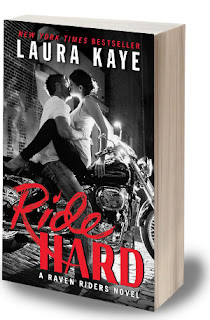 Brotherhood. Club. Family.
They live and ride by their own rules.
These are the Raven Riders…

Raven Riders Motorcycle Club President Dare Kenyon rides hard and values loyalty above all else. He’ll do anything to protect the brotherhood of bikers—the only family he’s got—as well as those who can’t defend themselves. So when mistrustful Haven Randall lands on the club’s doorstep scared that she’s being hunted, Dare takes her in, swears to keep her safe, and pushes to learn the secrets overshadowing her pretty smile.

Haven fled from years of abuse at the hands of her criminal father and is suspicious of any man’s promises, including those of the darkly sexy and overwhelmingly intense Ravens’ leader. But as the powerful attraction between them flares to life, Dare pushes her boundaries and tempts her to want things she never thought she could.

The past never dies without a fight, but Dare Kenyon’s never backed down before… 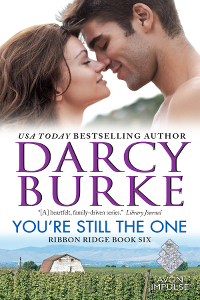 Everyone thought college sweethearts Bex Holmgren and Hayden Archer were headed for the altar… until a tragic accident sent young Bex running from a future she wasn’t ready to claim. But when she’s offered her dream job at Archer Brewing, Bex can’t pass up the chance to reconnect with the big, crazy family that once welcomed her with open arms—and the one man she’s never stopped loving.

When he returns home after a year in France, Hayden is less than thrilled to find his ex-girlfriend working for his family’s company. He’s finally moved on, and being around her rekindles long-buried feelings he’d rather ignore. But Bex isn’t the same girl he knew—she’s more mature, more beautiful, more tempting than ever—and he can’t resist the pull of the intense passion he’s only ever shared with her.

Have five years changed them enough, or are they doomed to repeat the mistakes of the past? The only thing Bex knows for sure is that for her, Hayden is still the one. 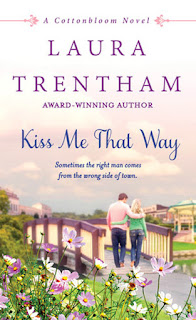 Cade Fournette never had it easy Cottonbloom. He stuck around long enough to raise his orphaned siblings and then hightailed it out West—and never looked back. Even though he’s made a success of himself in Seattle, Cade never lost the toughness and the angry edge that helped him survive down South. His only weak spot: the girl he left behind…

Monroe Kirby came from the wealthy side of town, but that didn’t protect her from her mother’s drinking—or her mother’s boyfriend. It was Cade who did that, on a long-ago hot September night, before he disappeared…along with a piece of her heart. Now Monroe is a physical therapist who can fight for herself, and it’s Cade who could use some conditioning when he makes an unexpected return back home. Will he and Monroe pick up where they left off and finally explore their mutual passion—or will the scars and secrets of the past divide them once more? 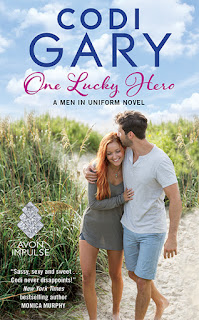 She was looking for a little fun…
Violet Douglas wants one night where she can be normal. Where she can do something for herself and not be just her sibling’s guardian. So when she spies a tall, dark and sexy stranger, she’s ready to let her wild side roar. The last thing she expects is to see her one night stand one week later, when she drags her delinquent kid brother to the Alpha Dogs Training Program.

He wasn’t looking for a commitment…
Sgt. Dean Sparks is used to keeping women at a distance, and yet, he can’t resist Violet’s snapping wit or smile. So when he suggests a friends with benefits arrangement, it seems like the perfect solution to their undeniable attraction. No emotional entanglement, just mind-blowing sex.

With their lives becoming more and more entwined, Dean realizes that casual isn't enough for him anymore. But as Violet finds herself leaning on Dean in a way she never has, will her fears put more distance between them? Or can she let go of the past, and take a chance on happily ever after? 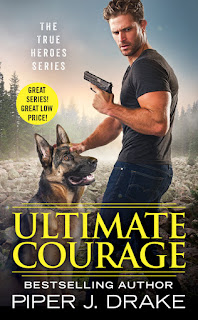 Retired Navy SEAL Alex Rojas is putting his life back together, one piece at a time. Being a single dad to his young daughter and working at Hope’s Crossing Kennels to help rehab a former guard dog, he struggles every day to control his PTSD. But when Elisa Hall shows up, on the run and way too cautious, she unleashes his every protective instinct.

Elisa’s past never stays in her rearview mirror for long, and she refuses to put anyone else in danger. But with Alex guarding her so fiercely yet looking at her so tenderly, she’s never felt safer . . . or more terrified that the secrets she keeps could put countless people in grave peril. The only way for both to fully escape their demons will take the ultimate act of courage: letting go and learning to trust each other. 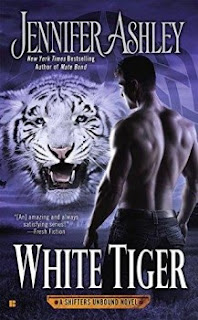 Waitress Addison Price is certain her hum-drum life will never change, until a gorgeous man with black and white hair comes into her diner, with three little boys in tow. Addison doesn’t know it yet, but she’s in for the adventure of a lifetime.

Wanted and on the run...

For twenty years, Kendrick, a white tiger Shifter, has been the Guardian of un-Collared Shifters who spend their lives living in secret—and in fear of being shunted into Shiftertowns. When Kendrick’s group is discovered and forced to flee, Kendrick is more desperate than ever to protect them

His only salvation was in a beautiful stranger.

In a diner in the middle of nowhere, lonely waitress Addison Price has seen a lot of unusual drifters come and go, but none has ever captivated—and intimidated—her like the imposing fugitive who wields a broadsword with incredible skill. But when he risks all to protect her, Addison’s fear turns to empathy—and empathy to desire as she learns more about her savior. Soon she’s more than willing to help the crushingly sensual white tiger and his cubs in a passionate bid for freedom. Whatever the cost. 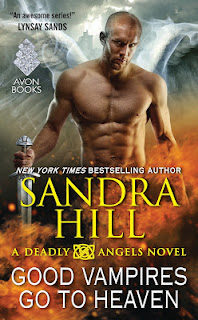 Two-thousand-year-old vampire demon Zeb is supposed to spend eternity turning mortal sinners into bad guy Lucipires like himself. That way, they can grow their numbers and fight the vampire angels known as Vangels. But Zeb is a bad boy in a good way—secretly working as a double agent for none other than St. Michael the Archangel in hopes of one day earning his wings. Problem is, Zeb’s betrayal is discovered.

Until Regina, a foxy, flame-haired Vangel witch on a rescue mission, busts out Zeb, along with three oddball Lucipire witches. Hello, temptation!

Their escape unleashes a war to defeat all Vangels forevermore. In an epic madcap battle between good and evil, a Demon just might earn his wings . . . and spend eternity with the Vangel of his wildest dreams.

Well there you have it, my list of my top favorite books of 2016! Remember to shout out your favorite of the year!