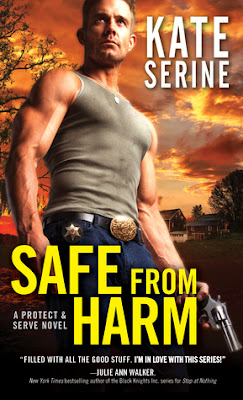 There’s something about prosecuting attorney Elle McCoy that Deputy Gabe Dawson just can’t get enough of. Even with Gabe’s family legacy in law enforcement and promising career, Elle’s smart, sassy rejection of all his charm makes Gabe want her even more.

But Gabe’s confidence is shaken when he’s shot on the steps of the courthouse, protecting Elle from a terrorist intent on revenge. Worse, Elle isn’t out of danger yet. But as they race to counter the terrorist’s next move, Gabe determines to prove to Elle—and himself—that he’s a man worthy of her.

Elle took a few steps forward, coming to the side of his hospital bed. “I’m going. But first, I wanted to make one thing very clear to you, Gabe Dawson.”

She narrowed her eyes and leaned over him, caging him with her arms on either side of his head. “Don’t you ever again treat me like I’m some delicate flower who can’t handle the truth.”

Having her that close was tempting as hell. For the first time, he noticed she had tiny flecks of gold in her eyes and a few more freckles on the bridge of her nose than he’d realized. God, she was beautiful—stunning, really. He had to muster all his willpower not to drag her into his arms and kiss the full lips that were currently pursed in irritation. But he forced himself to meet her gaze and lifted a single brow.

“Oh, I know you’re no delicate flower,” he said, his voice going deeper, betraying the effect of her nearness and giving his words a weight he hadn’t intended.

Her cheeks went a little pink, but she didn’t back away. “We’re in this together, whether we like it or not. And I’m not going to be kept in the dark just because I’m not a cop.”

“Oh, I don’t know,” he said, not bothering to suppress the grin tugging at his mouth. “You might like being in the dark with me, Elle.”

She blinked, her mouth opening and closing as if she wanted to say something more but was clearly speechless. Then she pressed her lips together and gave him a frustrated look. “You know what I meant, Gabe.”

At this, the little devil on his shoulder got the better of him, and he chuckled, letting his gaze drop down to those gorgeous lips. “Yeah, I know what you meant, Elle. Doesn’t change what I meant.”

When she didn’t immediately pull away at his advance, he took a chance and reached up, gently taking hold of her chin and guiding her lips down to his. But before he could make contact, she suddenly broke away from his tender grasp and straightened, staring down at him with a look of confusion and panic in her eyes.

Okay, well, that wasn’t exactly the reaction he’d been hoping for…

He met her gaze, waiting, wondering at her next move. “You sure?”

She licked her lips, looking as if she was truly torn between going and staying. But then she lifted her chin, giving him that defiant look he’d grown so used to seeing from her. “Yes, I’m absolutely positive.”

Without another word, she turned on her heel and strode toward the door without so much as a glance over her shoulder.

But the little exchange was enough to offer Gabe the encouragement he needed. Maybe the brilliant, beautiful, iron-willed woman wasn’t quite as unaffected by him as she wanted him to believe…

Start the series from the beginning... 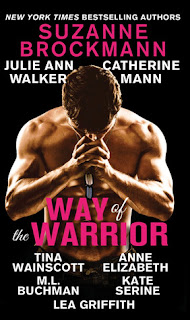 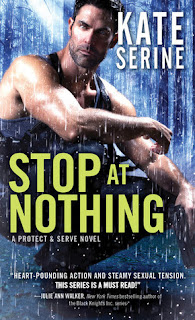 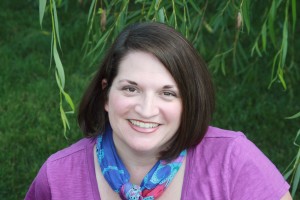 Kate SeRine (pronounced “serene”) is a hopeless romantic who firmly believes in true love that lasts forever. So it's no surprise that when she began writing her own stories, Kate vowed her characters would always have a happily ever after.

Kate lives in a smallish, quintessentially Midwestern town with her husband and two sons, who share her love of storytelling. She never tires of creating new worlds to share and is even now working on her next project—probably while consuming way too much coffee.

Kate is also the author of the award-winning Transplanted Tales paranormal romance series and the Protect & Serve romantic suspense series.