Release Blast & Giveaway: Between Love and Loyalty by Shannyn Schroeder 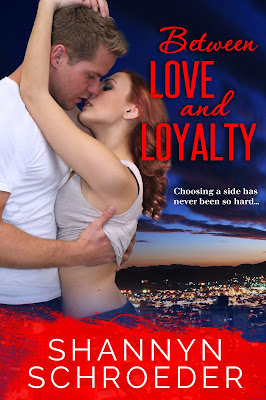 When at war, aim for the heart…

Connor Duffy is desperate. His tell-all book on corrupt Chicago alderman Brady Cavanagh isn’t telling enough to get publisher interest, and in order to get the hot dirt, he must find a way to get closer to the man who let Connor go to prison to cover for his own son’s misdeeds. So when fate puts Cavanagh’s lively, artsy daughter across Connor’s path, he decides to take advantage of the first bit of good luck he’s had in a long while.

… but don't forget to keep your own under guard.

Fiona Cavanagh needs a break. Between assisting with her father’s political campaign, trying to please her unpleasable mother, and dealing with an ex who won’t go away, she has no time for a life of her own. One night she meets sexy and mysterious Connor and everything looks like it’s about to finally turn around… until she discovers that the one man she thought she could love was using her to get to her father. As dark family secrets unravel around her, Fiona finds herself caught between love... and loyalty.

Fiona fidgeted at the banquet table. Her cheeks hurt from holding the same smile for hours. Her father stood to finally take the podium and her smile dropped. Watching him take command of a room always inspired her. She tended to get a little choked up when he went into full-on patriotic mode.
The thing was, he believed everything he said. Despite the phoniness of the politics and the glad-handing, he made her believe. Over the years, he’d made a difference in the city and she wanted to think that even if he weren’t her father, she’d still vote for him.
He started every speech in much the same way: Chicago is a great city, rivaled by no other. She leaned forward and held her chin on her fist to listen to her dad. God, she loved to hear him speak. Emotion swelled and she began to think about what kind of jewelry she would make for this election. Ever since childhood, she made something special for the election, a bit of a good luck charm for her father to have while campaigning.
She remembered his first election. The flurry of activity around their family was overwhelming, but the first time she heard her dad speak, she’d recognized it as something special. Her chest filled with so much emotion, she had no way to explain it. Instinctively, she knew he belonged doing this. Most kids never understood that about their parents. They didn’t get to see them at work, doing something they were passionate about.
Brady Cavanagh was as passionate about the city of Chicago as he was about his family. When Fiona made him a flower out of tissue paper for election night, she figured he’d keep it safely tucked in his pocket for good luck, but when he took the stage, her flower stuck in his lapel, having replaced the rose her mother had put there.
Not only had Fiona felt special that night, but she also felt part of something bigger. For all of his faults, her father cared about many things. That caring reverberated every time he spoke to a crowd. 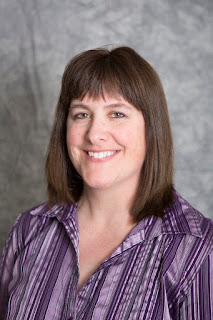 Shannyn Schroeder is the author of the O’Leary series, contemporary romances centered  around a large Irish-American family in Chicago and the Hot & Nerdy series about 3 nerdy friends finding love. Her new series (For Your Love) will release this summer with the first title Under Your Skin. When she’s not wrangling her three kids or writing, she watches a ton of TV and loves to bake cookies.