This week we are doing our 'Free Day" post!

Pleasure of the Night by Sylvia Day 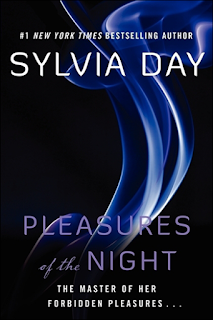 Lyssa has been having the most incredible dreams about a man whose blue eyes hold the promise of decadent pleasures and tempting intimacies. And then he appears on her doorstep! This intoxicating stranger is just as irresistible as the man of her dreams . . . but with her surrender there is also grave danger . . .

Because Aidan is on a mission, and the passion that consumes them body and soul could have dire consequences. Loving the mortal woman prophesied to destroy Aidan’s world is not only impossible . . it is forbidden.

I really enjoyed this story. In fact the whole series was really good, all two of the books in it. I've been hoping she'd do more in this series but by now it's only a pipe-dream! Both books are still worth reading! 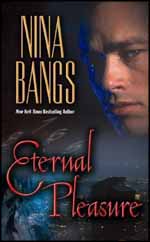 THE PROPHECY—an ancient Mayan prediction that the world will end on 12-21-12.

THE PREY—where can you hide from pure evil?

Kelly Maloy opens her car door to much more than a great looking stranger at the Houston airport. Terror, desire, and a horrible truth climb in with him. She’s only supposed to drive Ty Endeka around the city for a few weeks. Too bad no one tells her that once day fades she’ll become part of a battle fought in the darkened streets with an enemy that isn’t human. And the sensual man who feeds her fantasies hides a soul that gives new meaning to animal magnetism.

Eleven Gods of the Night…

The only creatures more deadly are the ones they’ve been summoned to destroy.

These no longer being sold. Check out those used books stores!

I've always loved books by Nina Bang. She writes wonderfully funny books that make me want more. But my all time favorite series every...and there are a lot that I love...is the Gods of the Nights by her. This is a GREAT series and for those who missed it...why????? Bangs has said that she is going to self publish more in this series and I cross my fingers in hope. 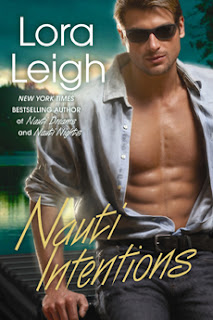 Since he saw Janey Mackay taking a dip in her bikini, Major Alex Jansen has had to quell the fire she ignites in him. Even touching her would mean death at the hands of the Mackay men. Until now, the girl of his dreams—and fantasies—has lived in a vacuum of affection, shying away from the danger she thinks men represent. Alex sets out to prove her wrong, with his torturously slow caresses.Everyone thinks Janey’s safe now, with her abusers dead. But when someone starts leaving spine chilling notes, Alex won’t rest until she’s completely safe. And completely his—body and soul…

Nauti Intentions isn't book one of the Nauti Boys series it's book #4. If you haven't yet read this sexy series you are really missing out. These guys aren't only sexy, they are deadly too. I real must for those who like hot sex with a good story.

I hope you will check out these books that I talked about today!