Release Blitz: Falling Under You by Laurelin Paige 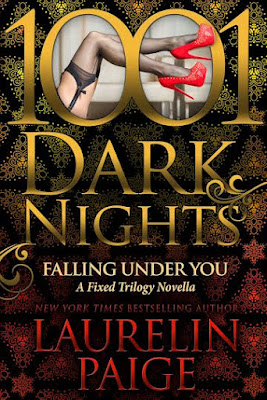 Norma Anders has always prided herself on her intelligence and determination. She climbed out of poverty, put herself through school and is now a chief financial advisor at Pierce Industries. She’s certainly a woman who won’t be topped. Not in business anyway.

But she’s pretty sure she’d like to be topped in the bedroom.

Unfortunately most men see independence and ambition in a woman and they run. Even her dominant boss, Hudson Pierce has turned down her advances, leaving her to fear that she will never find the lover she’s longing for.

Then the most unlikely candidate steps up. Boyd, her much-too-young and oh-so-hot assistant surprises her one night with bold suggestions and an authoritative demeanor he’s never shown her in the office.

It’s a bad idea…such a deliciously bad idea…but when Boyd takes the reins and leads her to sensual bliss she’s never known, the headstrong Norma can’t help but fall under his command.

“Why is it,” he asked, reaching for the stamp, “do you think, that you mixed up your days in the first place?”

I shrugged, not sure where he was going with the question. “I don’t know. Got absorbed in work, I guess. Sometimes it’s hard to remember there’s a world outside of that.” I realized why he’d asked as I spoke my answer. “Oh.”

“But there’s a lot of world outside your office.” He pressed the stamp against my inner thigh, leaving a red rectangular mark on my skin. He moved it up higher and stamped me again. And again. Then several times on the inside of my other thigh.

I didn’t move to look at what the stamp said. It was too dark to see easily, and, anyway, I was transfixed by him—his mouth as he spoke, his hands as they moved with his task.

“There’s a lot of world I’d like to show you outside that room, Norma.” He set the stamp down so he could unbutton my blouse. Then he placed several more marks along my belly and along the top of my breasts.

Still, I kept my eyes on him.

He set the stamp down and reached for the roll of tape. “Give me your hands, please.”

I held them out, not surprised when he bound my wrists together with several layers of tape, the sticky part facing away from my skin. Next he moved to my legs, wrapping my ankle to the handle on a cupboard below me, then my other ankle to another handle so my legs were spread wide.

When he was finished, I pulled against them, testing their strength, and found all of them secure.

I shook my head.

“Good.” He nodded at me, his expression clouded with want. “All day long you sit at that desk, this is how I see you.”

Check out all the stops on Laurelin Paige’s FALLING UNDER YOU – Review & Excerpt Tour! 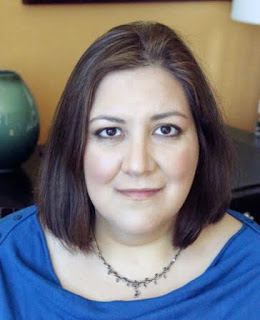 USA Today and New York Times Bestselling Author Laurelin Paige is a sucker for a good romance and gets giddy anytime there’s kissing, much to the embarrassment of her three daughters. Her husband doesn’t seem to complain, however. When she isn’t reading or writing sexy stories, she’s probably singing, watching Game of Thrones or The Walking Dead, or dreaming of Adam Levine. She's also a proud member of Mensa International though she doesn't do anything with the organization except use it as material for her bio. She is represented by Rebecca Friedman. 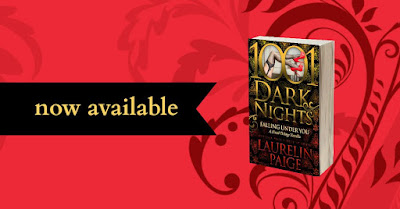