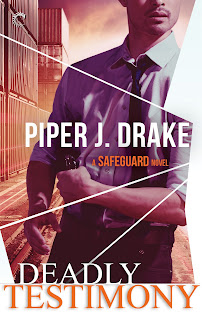 Kyle Yuen's life is in danger and Lizzy Scott will stop at nothing to protect him. He's arrogant, annoying and completely irresistible. They'll risk it all to keep each other safe even if it means walking away when the danger has passed. Fans of Marie Force’s Fatal series or Laura Kaye’s Hard As It Gets, will love this romantic suspense series from Piper J. Drake and Carina Press.

The stakes have never been higher as an elite team member must outwit a dangerous killer and save the man she's sworn to protect. The second installment of the exhilarating Safeguard series from Piper J. Drake.

Kyle Yeun didn't start out bad and he doesn't intend to end his life while on the wrong side of the law, either. His testimony to his former employer's environmental misdeeds has earned him a protection detail compliments of the US government. But due to a dark international conspiracy Kyle was unaware of, his former employers have made ending his life a top priority. Realizing he needs more protection than the US Marshals can provide, he turns to Safeguard after seeing the beautiful, deadly Lizzy Scott in action.

One look at Kyle, and sniper Lizzy Scott knows this isn't going to be an easy protection job. He's arrogant, irritating and almost irresistible. Instead of being put off by her hardened attitude, Kyle seems to thrive off the challenge. And she's slowly giving in to his charms.

After narrowly escaping the latest assassination attempt, Lizzy starts taking dangerous risks to keep him safe. But the last thing Kyle wants is another life ruined because of his actions. He found his redemption in Lizzy's arms and he'll risk everything to make sure they both make it out alive. As will she, even if it means walking away from him to keep him safe. 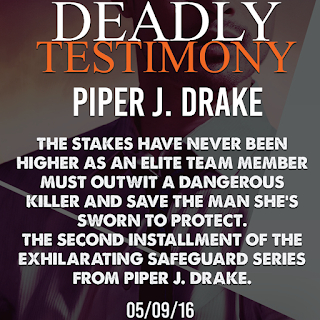 She stepped forward inside his guard and put her left foot behind his right. Seeing her coming forward, he instinctively tried to step back and get his guard back up.
Nope.
She caught his ankle in an ashi harai, driving him backward and down toward where he expected his foot to be bracing his back-step. Tall as he was, he relied on his solid stance to keep his footing too much.
Instead, she threw her right arm up between the two of them and quickly swung it around in an exterior loop to place his still-retracting arm into an under armpit lock. He lost his balance and toppled, taking her with him. Which was fine.
She landed heavily on top of him, forcing grunts out of the both of them. Somehow, she wasn’t even going to mind the bruises. This was more fun than she’d had in a while.
“Minx.” He was breathless now and still a little stunned.
The clothes around her throat tightened as his left hand took hold, and he pivoted his hips under her. Throwing his left leg up, she found herself in the beginning of a triangle hold.
Really?
She got her feet under her and heaved herself—and him—up until she was half-standing and slammed him back on the ground. He loosened his hold. Pivoting to her right, she released his right arm so she could get into position to secure an arm bar on his left.
Before she could manage it, he rotated on top of her. “No you don’t.”
She half snarled, half giggled. “Yes, I do.”
And she blocked his right knee with her leg, raising her hips, placing the ball of her right foot on the ground near his other knee and pushing with her right. As he came off the floor, she pulled him to the left to continue the momentum of the roll…
…and landed on top of him.
He chuckled and repeated the move right back on her, rolling them even farther until they both hit the wall, laughing.
She buried her fingers into his hair and his hands gripped the back of her neck.
They met in a kiss, hard and hot and so incredibly good. If she’d been breathing hard before, she lost everything in that kiss.
Suddenly, she didn’t care about anything but his body against hers. He wasn’t her client anymore and she wasn’t on contract. This was between them, person to person. They were safe enough for an indulgence, here and now, later they might not be. They twisted and rolled, and he was under her again as she straddled him. His hands roamed over her as she had her way with his mouth.
She let him up for air for a second as she decided whether she wanted to lick his pulse or nip at his collarbone.
Kyle’s voice rolled over her, husky and dark, sending delicious shivers down her spine. “Let’s get rid of the pants." 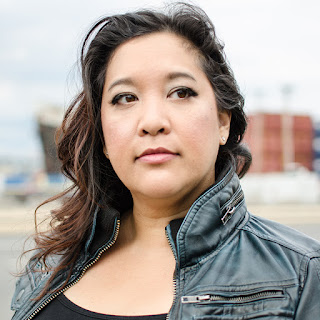 Piper J. Drake (or “PJ”) began her writing career as “PJ Schnyder” writing sci-fi & paranormal romance and steampunk. She has recently received the FF&P PRISM award for her work as well as the NJRW Golden Leaf award and Parsec award.

Now, PJ is exploring the complexity of romantic suspense, incorporating her interests in mixed martial arts and the military into her writing.