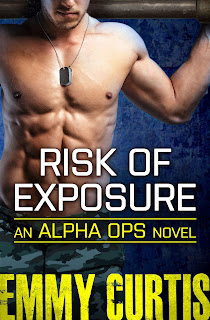 He is a trained professional—but nothing can prepare him for the hottest mission of his life. Assigned to protect his boss’s daughter, British former SAS operative Malone Garrett breaks the first rule of covert surveillance—don’t make contact. And especially don’t take your mark out to dinner, then agree to a rooftop quickie. But now that Mal has Abby in his arms, he has no intention of ever letting her go.

Abby Baston told herself it was a hit and quit, a one-nighter with a hot, handsome stranger whose hands were trained to take action. Working undercover for the CIA, she can’t risk anything more. But when an international crisis ignites, Abby must make a call: trust Mal with her secret—and her heart—and partner up, or lose everything in a split second . . . 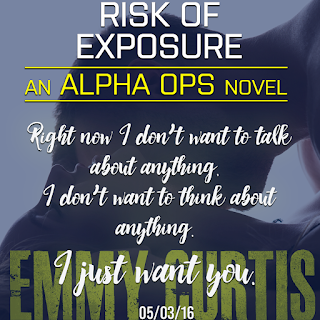 He did nothing other than blink, his guard down for a second, before she suddenly had another knife in her other hand. She pushed him against the wall and held the knife to his throat. What the fuck just happened?

He wasn’t scared. He could still kill her with his bare hands if he wanted to. This was nothing more than a slightly rough dance to him, but he begrudgingly admitted that she had some skills too. And there was a much higher possibility that it was she who had hurt and maybe killed the two men outside.

Her eyes blazed not three inches from his. If he hadn’t been a little curious about who Baston’s daughter was—indeed, if she even was Baston’s daughter—he would have been turned on by the fury she showed. By her physicality and her strength.

She pressed the knife to his throat, not easing up the pressure even when he felt the warm trickle of blood down his neck. Shit. She was sexy, and violent.

He leaned toward her mouth, suddenly wanting to kiss her more than he wanted the knife away from his jugular. The knife held constant, but he didn’t. Even though she didn’t let up pressure for one second, in that second he valued the kiss more than the knife.

She startled when his lips touched hers, jerking away, and then back to his. He was kissing a woman who was holding a knife to his throat. Fuck, it was sexy. 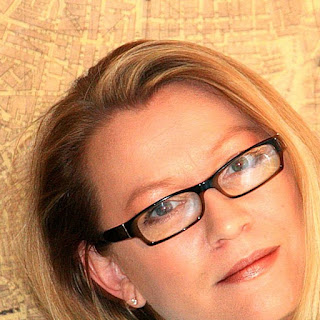 Emmy Curtis is an editor and a romance writer. An ex-pat Brit, she quells her homesickness with Cadbury Flakes and Fray Bentos pies. She's lived in London, Paris and New York, and has settled for the time being, in North Carolina. When not writing, Emmy loves to travel with her military husband and take long walks with their Lab. All things considered, her life is chock full of hoot, just a little bit of nanny. And if you get that reference...well, she already considers you kin.


(while books in this series are loosely connected, all function as standalones)

Over the Line- Book 2