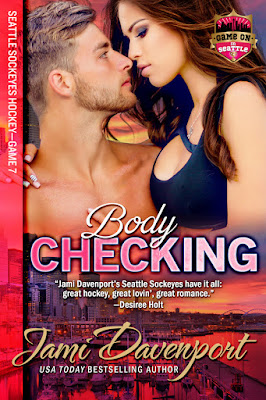 As the wild child of the family, Bellani Maxwell isn’t interested in settling down. Between a fledgling party crashing business, teaching self-defense at a martial arts studio, and hitting the bar every night, she has her hands full. She doesn’t need the added responsibility or commitment of a relationship.

Hockey star Cedric Pederson has all the puck bunnies he could ever want, but a chance encounter eighteen months ago leaves him with eyes only for the gorgeous, free-spirited Bella. Too bad she isn’t interested in what Cedric has to offer beyond frequent hookups, and he’s grown tired of their on-again, off-again non-relationship. He wants to be all-in or all-out.

When a brutal attack leaves Bella in need of comfort, protection, and healing, the only person she wants is Cedric. But once she’s living in his condo, Bella is confronted with a decision she’s been avoiding—can she finally commit to Cedric, or will she let him go one last time?

While all books in this series can be read as standalones, you'll most likely enjoy reading the other books in the Game On in Seattle sports romance series: 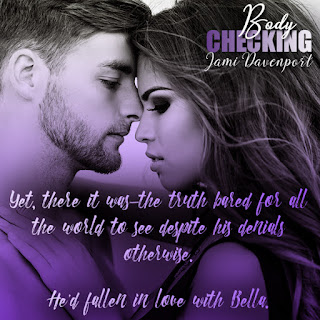 Hugging the sweatshirt tight to her body, Bella hurried past a boarded-up building looming darkly across the cracked sidewalk. The gloomy brick façade gave her the creeps, and she trotted down the street, cutting across to the other side. She’d be soaked before she got to her car.
Miserable and desperate to get out of the rain as soon as possible, she decided to take a shorter route back, ignoring the detour, which would take her two to three blocks out of her way but along well-lit streets. Instead, she veered around the corner and into the construction zone, ignoring the “Do Not Enter” signs. She’d cut through here before but not alone. It was exactly the type of area she would’ve told her self-defense students to avoid as unsafe.
Only Bella was savvy and well-trained in martial arts. She could take care of herself. She had absolute confidence she’d battle her way out of any situation. Even so, a little chill slid down her spine, and she shuddered. Shrugging it off as unfounded, she attributed her nerves to the rainwater dripping down the back of her neck.
She had very little room to maneuver as she navigated along a sawhorse-lined path made of plywood and concrete with partially demolished buildings on one side and deep utility trenches on the other. She could barely see even with the flashlight on her cell phone.
“Admit it, Bells, this wasn’t one of your smarter moves,” she muttered to herself.
She frowned as she swore she heard a noise. Only, how the fuck could anyone hear anything over this incessant rain?
There it was again. Splashing. Like boots slapping against water-laden concrete and plywood.
Her heart rate accelerated, and she increased her pace, wishing she’d brought her purse with her Mace in it. Instead, she’d grabbed a small pocketbook. She refused to glance over her shoulder, even as her senses went on high alert.
She definitely heard footsteps, and they were gaining. 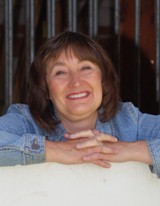 USA Today Bestselling Author Jami Davenport writes sexy contemporary and sports romances, including her two new indie endeavors: the Game On in Seattle Series and the Madrona Island Series. Jami's new releases consistently rank in the top fifty on the sports romance and sports genre lists on Amazon, and she has hit the Amazon top hundred authors list in both contemporary romance and genre fiction multiple times. Jami ranked Number Seven on Kobo's Top Ten Most Completed Authors, an honor bestowed on the year's "most engaging" authors based on an average page completion rate by their readers.