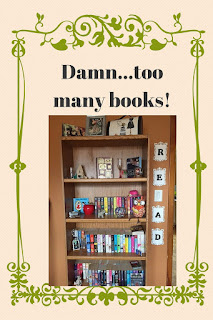 I've decided to add a new feature to the blog. At least once a month depending on how many ARC's I have to read, I'll pull something off my shelve (I have way more then one book shelve, shhh....) to read and review! 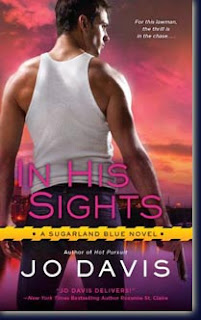 When a dangerous criminal targets those whom Sugarland detective Chris Ford holds dear, nothing will stop him from hunting down his man.…

Chris is one the best and brightest at the Sugarland PD, but lately a mysterious illness has him struggling to get through the day. When his symptoms land him in the care of brilliant and sexy Dr. Robyn Lassiter, Chris realizes that he is the latest victim in a rash of mysterious poisonings in the area—most of them fatal. Figuring out who’s causing the fatal outbreak has become a very personal—and deadly—race against time.

Despite battling her own personal demons and painful past, Dr. Robyn Lassiter can’t fight her attraction to her new patient. But as she struggles to help Chris track down the sick mind behind the deaths, she’s not only at risk of losing her heart but of falling headlong into a lethal plot that could take her life.…

I never get how I can get behind on those authors that I really like, but I do. I've been a fan of Jo Davis since she started writing. I loved her Firefighters of Station Five and her Shado Agency books. I'm now loving her Sugarland Blue series.

In Hot Pursuit you start to see that something isn't peachy-keen with Chris. You get right away that it's setting up for his book and really want to know what's going on.

I'm so glad that Chris held up in his book. I really hate when you like a supporting character and then when it's their book, they fail to engage you. From the second I started In his Sights I couldn't put it down. I just loved it.

I think out of the whole series so far it's my favorite. I know, I say this a lot when I find a book I like and then the next thing you know I'll be telling you that I love On The Run, the next book in the series, and it's my favorite.

I also like Robyn and her daughter, Maddy. It does seem that Chris fell for Robyn very quickly, but I got over that as I read more and more of the story. They worked together and you felt that right away.

I even enjoyed the mystery, that didn't overshadow the romance (which I like) you were kept in the dark with only a few hints (I did figure it out pretty quick).

One of the best and worse part of the story is that the firemen from station five visited in the book. Here's the worse part, Clay is hurt and you really don't know what's going to happen to him. I hope we learn more in On The Run.

Another part that really bugged me and kept pulling me out of the story was that she never once mentioned that Maddy, Robyn's seven year old daughter was put in the car without a car seat, repeatedly. Now maybe I missed it and in that case I'm sorry but....I don't think so.

As a whole, this is a very good story that has made me want to keep reading the series. Who knows, maybe you'll see another of her books on my Damn...too many books! post.

If you've read, In His Sights or any other book by Jo Davis I'd love to hear your thoughts. Thanks for visiting and happy reading!