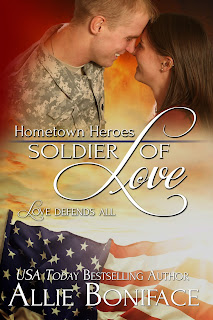 Franny Thompson has owned a bed and breakfast in Lindsey Point for the last five years, ever since a family tragedy left her broken. Running The Hideaway has been good therapy, but this thirty-year old doesn’t have the slightest idea about dating, fashion, or men. When a lonely soldier comes to town in need of a place to live, she offers him an empty room to rent, never dreaming he’s about to change her world.

Heath Garrick has spent the last 17 years as an active duty solider, but when he retires from the Army, he finds himself plagued by PTSD and no place to call home, until he moves to Lindsey Point and Franny offers him a room. Franny is quirky and naive, everything he’s never wanted in a woman – and everything he might just need.

As Franny and Heath find comfort in each other’s friendship, a powerful attraction develops. But when a national magazine chooses The Hideaway for a makeover, they are thrust into the spotlight. For Franny, it’s a dream come true. For Heath, it’s the worst kind of trouble. Can two lonely souls help each other find love and hope again, or are some battle scars too deep ever to heal?

Heath pulled away from the Corner Lounge with one hand on the steering wheel and the other holding Franny’s hand. Butterflies beat a mad pattern in her chest, her stomach, and the back of her throat. Most shops along Main Street were buttoned up by now. The stoplight had changed to a blinking yellow, the way it always did at nine. A cop car sat near one of the beach entrances, but as they passed, Franny could see Jeremy Evans inside checking his phone and yawning. Good old Lindsey Point. She stole a glance at Heath. Or maybe boring old Lindsey Point. Maybe he couldn’t stand the lack of action or sound. Maybe he longed to be back overseas, back in the thick of things, where days and nights made sense from a soldier’s point of view. She wanted to ask him. She didn’t dare ask him.

The coast slid by and then disappeared as he took a detour from Main Street and climbed a side road that wound into the hills. At a pull-off marked with a blue Scenic Lookout sign, he braked and turned off the engine.

The town center lay below them, cloaked in darkness except for a few white lights here and there. No sound. Franny rolled down the window to hear the reassuring rhythm of the waves. “It is,” she agreed. “Sometimes I forget. When you grow up in a place and see things every day, even a lighthouse or a beach or a sunset over the water, you get used to them.” The night sky, pricked with stars and a quarter-moon, hung over them. “Then I spent some time away, and when I came back, it was crazy to think I could have gotten used to any of this.”

He didn’t answer. Am I babbling? Or boring him? He’d said little after dinner. Even less since they’d gotten into his truck.

“That was part of why I opened the Hideaway,” she went on, to fill the silence. “I thought other people should see what I get to see every day.” Plus, of course, it had been therapy, rebuilding her life after everything shattered. She swallowed. She couldn’t tell Heath those details. Not yet. Finally she looked over at him.

He shook his head, and then, before she knew what was happening, he slid across the seat and took her face in his hands, pinning her against the door and kissing her like they’d been apart a thousand days.

She didn’t say a word. It took all she had to remember how to breathe, and then it almost didn’t matter if she did, because the way his tongue and his lips and hands were moving, if she died right now it wouldn’t be a terrible thing. She drank him in and pulled him as close as she could. His knee hit the gear shift. Her elbow bumped the window. Still the kiss went on, making her dizzy. His mouth moved to her ear, then slid down her neck while his hands roamed over and then under her shirt. At the first touch on her bare skin, she gasped… 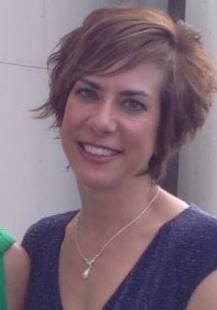 Allie Boniface is the USA Today best-selling author of over a dozen novels, including the Cocktail Cruise, Hometown Heroes, and Pine Point series. Her books are set in small towns and feature emotional, thought-provoking, sensual romance with relatable characters you'll know and love.

A graduate of the University of Rochester and Case Western Reserve University, Allie currently lives in a small town in the beautiful Hudson Valley of New York with her husband and their two furry felines. When she isn't teaching high school English, she likes to travel, lose herself in great music, or go for a long run and think about her next small town story.