Book Club Thursday: Which Series Would Be Your Next Home?

This week we are talking about which series would you like to live in. Which one would be your next home? So many came to my mind. It was so hard to pick! 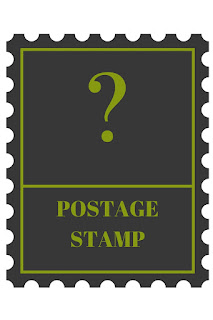 I thought about this long and hard. It's not really easy, that's why I played around making a banner instead of doing what needed to be done.

I could have picked Susan Mallery's Fool's Gold Series! I really enjoy it so I would love to live there. But there is was to many beautiful women living there for me.

What I really love about this series is the whole picture. You really feel like its a town you can live in. You like the people and want to explore the town. I know you might think it seems like a lot of books, 19 so far and more to come this month, but they really do read easily. I also like that now the books are kind of grouped by year. Yes, past character show up, but you don't feel so lost if you read them out of order. I myself wouldn't and if your going to I would read the first 6 books in order to truly understand the town. After that just make sure to read them in order by the ones that came out for the year.

I also thought about living with Eve & Roarke in the In Death Series but lets be honest, the richest man is already taken.


I love the world of Eve and Roarke. Who wouldn't want to live when you could read a book and let your car drive for you? Plus the characters in this series is so good. Here is another series that's long lived. I think there are 42 books and a bunch of novella's that make up this series. Yes this might feel like to much but it's not. Most of the books are very easy to read. Some weren't my favorites and I felt they were boring and hard to get into but that amount wasn't many. For the most part I might be behind on this series but I do love it. In fact, it's the only series that I've ever read with the same two main characters. I'm not a fan of that. I really enjoy the journey each hero and heroine makes in their books so I like someone new each time. I would really read this series in order. You really need to watch the growth of the two main characters, and some of the others. I don't think it's as good if you start in the middle.

So where would where am I going to live? I'm sure some of you can figure it out. I'm very transparent. I would have to live with Shelly Laurenston's shifters. I love the Pride Series! I love these books and the people in them have given me such pleasure over the years.


If you haven't yet tried her books you don't know what you are missing. I often tell people who haven't but want to that they should remember that they are animals first, then human. It helps to understand that and to know why they are so violent. This series is also good at cheering you up. I've never laughed so much with any other series. In total there are about 9 books and maybe one or two novella's too. Not totally sure on the novella's. I know there is at least one. Now the Pride series might have the least amount of books to it, but for me it's the world that most draws me.

To be honest there are so many series that I might not want to necessary live in but visit is another story. I think that's why I love reading romance so much, the worlds that the authors work so hard to create seem real to us. We can't help but think what it would be like to live there.

I'd love to hear in which series you'd like to be your next home. Thanks for visiting with me and happy reading!