Ten authors and one grand scheme of mayhem and magic

in the depths of New Orleans.

About The Supernatural Chronicles: The New Orleans Collection:

Beneath the brow of Bourbon and French architecture, the iris of New Orleans swirls with flecks of worlds and beings unknown to mankind. Come with us as we chronicle their journey—each supernatural race must hunt for an offering in hopes of saving their own. Skinwalkers, Wolves, Vampires, Dragons, Succubi, Witches, Necromancers, Cupids, and Asgardians are all in danger of losing control as an uprising darkness threatens to rip the veil that protects them all from the great beyond. Ten original novellas, following each supernatural race as they fight an elusive enemy, are written by New Adult authors Lila Felix, Kristie Cook, Brenda Pandos, Delphina Henley, Julia Crane, Jamie Magee, Morgan Wylie, Kallie Ross, S.T. Bende, and Rebecca Ethington. Come join them for the hunt and discover hidden treasures inside.

Don’t miss each of the individual Supernatural Chronicles! 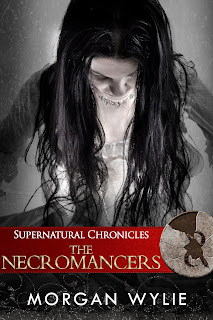 The Necromancers
by Morgan Wylie

Hailey Devareaux, inexperienced yet “all-knowing” 19 year old Necromancer, couldn’t care less what the world had to offer her. Five years after her mother encountered a powerful seer—albeit a dead one—they uprooted their entire clan and moved to New Orleans for a rare supernatural conjunction. Dangerous didn’t begin to describe the reality of Necromancers living in a city so rich with history involving the celebration of the dead, but Hailey didn’t have to worry. Her abilities hadn’t matured.

What good was Necromancy when she couldn’t save her mother? Hailey hadn’t been strong enough to bring her back—not even to say goodbye.

While Hailey moped around during her family’s celebration of the Day of the Dead, she met Bobby; if only she had realized he was dead before she started talking to him. Robert “Bobby” Duval died one year ago. When he died, the veil between this world and the next was at it’s thinnest. It should’ve been easy for him to cross over, but something kept him from doing so. On the day he met Hailey, he prepared to finally move on, but a moratorium was placed on departing souls—the veil, too volatile to pass into the great beyond. His chance at his afterlife once more denied.

Based on a cryptic letter her clan received, Hailey is elected by the Necromancers to embark on the dangerous quest to restore the veil. Bobby joins Hailey and helps her understand her powers.

Will Hailey give up her bitterness against the craft and her own fear of death, and forgive herself in order to embrace her purpose—to be the next leader of their clan? Will she embrace her power as well as help save the supernatural community by sealing the veil once more and will she help Bobby cross over to finally be at peace? 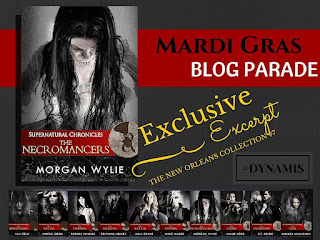 Supernatural Chronicles: The Necromancers (Part 7 of 10)

Excerpt from Chapter 7 just after a failed attempt by Hailey, our resident Necromancer, to send the soul of her friend Bobby on to his afterlife.

“I’m excited to see what you’ll be capable of when you are in your element and at full power,” he said slyly.
“Don’t get your hopes up. I’m not sure how long it will take,” I retorted. We both followed after Cezelia, but before we got too far, the same feeling that someone was watching us was there once more and even stronger. He was right behind me. I could feel him in a greater way than I could before he had flown through me. I turned to see who he was and my breath got caught in my throat.
I tripped over my feet as I turned to face the mysterious specter full on. He was an apparition of a Greek god, one of the most gorgeous men—alive or dead—I had ever seen. Of course, he had to be the latter. Something kept my tongue stuck to the roof of my mouth, but I had to say something. He did, in fact, save Bobby from my stupidity.
“Thank… Thank you for what you did back there a few minutes ago.” Did I really just stutter? Ugh, if I could roll my eyes at myself I would.
“You were going to shred his soul,” the mysterious ghost pointed out not so kindly.
“I didn’t know that before I started. I would never have tried,” I retorted defensively.
He simply glared at me, his hands clenched in fists pinned to his sides.
Well, this was awkward. The heat in his eyes transferred to me. I could feel it running over my body and up my neck into my face—it wasn’t the good heat either, he was angry. I felt about as big as the tip of the finger bone of my pinky, but I couldn’t look away. The intensity of his eyes ensnared me.
“It’s not her fault, man. I allowed it,” Bobby defended.
“She should know better.”
“Hey, man, I don’t know who you think you are…” Bobby moved in front of me. He was getting riled up and I appreciated the gesture, but we didn’t have time for this.
“No, Bobby. He’s right. I should’ve known better. I’ve been shirking my responsibilities and I put your soul in danger.” My eyes never left the other ghost’s. Satisfied with my confession, he gave me a curt nod, then faded into the bayou.
“Now can we please move forward in this? I have a lot to learn if I’m going to save the world.” 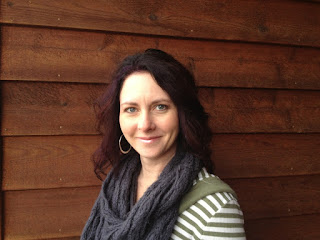 Morgan Wylie published her first novel, Silent Orchids, one year after moving across the country with her family on a journey of new discovery. After an amazing three years in Nashville, TN and the release of two more books, Morgan and her family found their way back to the Northwest where they now reside. Still working everyday with great optimism, Morgan continues to embrace all things: “Mama”, wife, teacher, and mediator to the many voices and muses constantly chattering in her head… where it gets pretty loud!