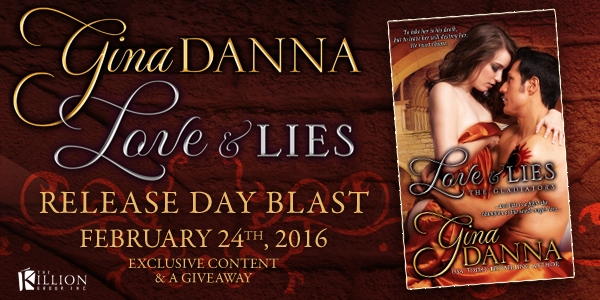 lies? In this deeply emotional, dark, and intensely sexy historical romance, Ganius is champion of the arena, desperate to be free, enslaved to a powerful Roman family. Beautiful and pampered Lady Aurelia is trapped in a betrothal she cannot escape, unless… Aurelia turns to her brother’s champion to save her. Their secret affair turns explosive, threatening to burn all of Rome in its fire. Entangled between love and hate, in the end, Ganius must choose freedom or love?

Join Gina Danna and the Killion Group as we celebrate the release of Love & Lies with this 16 stop Release Day Blast on February 24th. Included in this celebration is exclusive content, a spotlight of the book, and a giveaway. One GRAND PRIZE WINNER will receive a special Love & Lies SWAG Basket from Gina Danna! 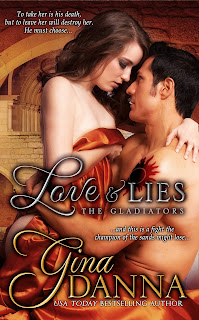 Conquered, beaten, sentenced to die in the Colosseum, Ganius escapes his execution only to find himself enslaved as a gladiator. His rise to champion ensures his life, but does nothing to lessen his desire for vengeance against the Roman soldiers who destroyed all he knew.

Locked into a repugnant betrothal, the beautiful Roman Aurelia turns to her brother’s champion gladiator for help. Promising him his freedom if he helps her escape, Aurelia soon discovers she wants not only Ganius’s help, but to capture his heart as he’s captured hers.

In love with his sworn enemy, Ganius realizes Aurelia is the key to his freedom. But to take her with him would risk both their lives, yet leaving her behind to be a pawn in her brother’s machinations is a wretched alternative. Ganius must choose - love of a Roman or freedom to make the Romans pay. This is a fight the champion gladiator might lose...

For the third time this day, Ganius fell to the hard dirt, jamming his knee. Pain riveted up his thigh. His balance was off, and he rolled to the side of the injured leg, making the impact scream louder.
Above him, Cadmus laughed. Damn Greek was enjoying himself entirely too much today. Ganius shot him a glare, but the man didn’t budge.
“You are not here today, brother.” Cadmus offered his hand.
Ganius spat on the dirt, ignoring his friend’s aid. Using his wooden gladius as a brace, he forced himself upright. The twitch inside the damaged knee flared, so he shifted off it.
“My presence is accounted,” he countered.
“So noticed, in body, but mind takes leave. Who has your thoughts?”
“No one.” He flipped the wooden sword, his shield broken by Cadmus’s last attack. Ganius kicked it to the side with his uninjured foot, making his painful side take all of his weight, and the knee almost buckled.
“Truly, must be the same creature who held your thought last night,” Cadmus chuckled, positioning his shield before him and placing his sword in first position as he crouched for the attack.
Ganius gripped the hilt, the worn wood smooth within his grasp. His memory of last night seemed to stop after the domina left him. He’d wandered to his cell and fell onto his mat, his mind still in a whirlwind from her. The woman was too young and much too innocent to be down in the ludus, especially displaying herself in that gauzy tunic and stola. A shiver raced down his spine, pooling in his groin at the memory. He could still taste her, his hands recalling the softness of her skin.
Cadmus swung, his aim low, to hit Ganius’s knee again. Within a split second, Ganius snapped out of his seductive memory of last night. His gladius blocked his friend’s but the shift on his feet bent the leg oddly. The awkward move hit the bruised inside tissue and a spike of pain pinned the joint. It took every move he could muster to not fall again.
With a snarl, he spun on the decent leg, twisting his upper body and he hit Cadmus’s sword arm hard. His victim groaned, his arm dropped and he stepped back.
“Now seek advantage on my lack of attention.”
Cadmus sucked in air, the switch to defense too close. Ganius smiled, pleased by his assessment of his friend.
“Jupiter’s balls!” The Greek smiled crookedly. “I truly wondered. Last night, when you left so early, I thought you’d found cunt over wine.”
In a way, he had, just not in the shape of a whore. But something deep inside him kept silent any tale of seeing their domina. “No, sleep due to wine. Has been too long since I’ve had any.” He shrugged, mainly to keep the shiver hidden.
“Ganius.”
They glanced over to find a Roman guard standing, his hand on the hilt of his gladius—a true and sharpened weapon. “You are summoned.” 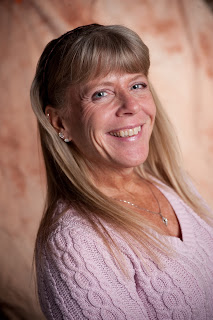 Born in St. Louis, Missouri, Gina Danna has spent the better part of her life reading. History has been her love and she spent numerous hours devouring historical romance stories, dreaming of writing one of her own. Years later, after receiving undergraduate and graduate degrees in History, writing academic research papers and writing for museum programs and events, she finally found the time to write her own stories of historical romantic fiction.

Now residing in Texas, under the supervision of her two dogs, she writes amid a library of research books, with her only true break away is to spend time with her other lifelong dream – her Arabian horse – with him, her muse can play. 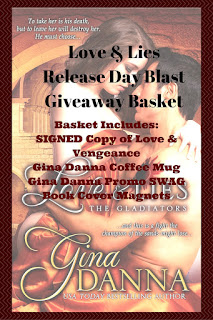 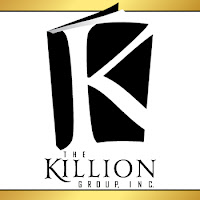