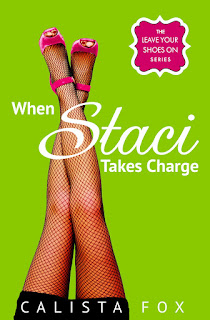 Powerful CEO Staci Kay has been working like crazy for so long that she's forgotten what it means to play. After her company's launch of an important new shoe line, a sizzling encounter with an irresistibly hot guy is just the stress reliever she needs. But when he's gone the next morning, she realizes she can't forget him - or the way he made her feel.

Dr. Evan Hart isn't a one-night-stand kind of guy. But the gorgeous redhead with the seductive curves is a temptation he doesn't regret - until she calls his office to schedule an appointment. Even as he wonders how she found him, Evan can't deny he wants a lot more than just another night in her bed. Now with his heart on the line, Evan has to put his best foot forward and convince Staci that he's the perfect fit . . . 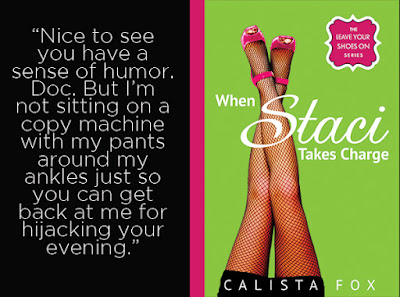 Calista is a former PR professional, now writing fast-paced, steamy books to set your pulse racing! She is an Amazon bestseller and has won many Reviewer's and Reader's Choice Awards, as well as Best Book Awards and other competitions with publication as first prize. Calista is a college graduate and teaches online writing classes. She is also Past President/Advisor of the Phoenix Chapter of Romance Writers of America.