Excerpt & Giveaway: Searching For Mine by Jennifer Probst 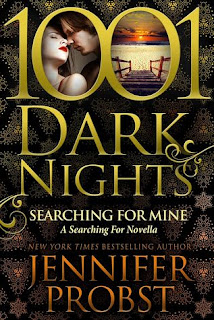 The Ultimate Anti-Hero Meets His Match…

Connor Dunkle knows what he wants in a woman, and it’s the three B’s. Beauty. Body. Boobs. Other women need not apply. With his good looks and easygoing charm, he’s used to getting what he wants—and who. Until he comes face to face with the one woman who’s slowly making his life hell...and enjoying every moment...

Ella Blake is a single mom and a professor at the local Verily college who’s climbed up the ranks the hard way. Her ten-year-old son is a constant challenge, and her students are driving her crazy—namely Connor Dunkle, who’s failing her class and trying to charm his way into a better grade. Fuming at his chauvinistic tendencies, Ella teaches him the ultimate lesson by giving him a special project to help his grade. When sparks fly, neither of them are ready to face their true feelings, but will love teach them the ultimate lesson of all?

“Professor Blake? Can I talk to you a moment?”
She turned, and right on cue, there he was. Ella hid her smile and wondered how the first round would fare. She’d pegged him from the first day, but sometimes a student surprised her.
“Yes, Mr. Dunkle?” She peered over her thick-framed glasses. She could’ve picked trendy or delicate frames, but she liked the way these intimidated her students. “What can I do for you?”
His charming grin could’ve short-circuited the light bulbs or rendered one speechless. Had she ever seen such perfect white teeth? The man was a walking delectable treat for the female vision, but Ella had prepared. She checked in with her body and was quite pleased. Other than a recognizable hum between her thighs, she was completely in control. Of course, he didn’t know that. Ella judged there weren’t many offers Connor made that were turned down. The reason was all six foot five inches that towered over her desk with lean, cut muscles evident beneath his casual clothes. Dirty blond hair lay messily over his brow. He wore it long, and the thick strands curled around the edge of his ears. His face was sculpted quite beautifully, from the high cheekbones, full lips, and perfect dimples. He reminded her briefly of a young Robert Redford from her favorite movie, The Way We Were. Sure, Redford was old now, but Ella believed the greats like Newman and Redford and Brando paved the way for Pitt and Hemsworth. And damned if her fingers didn’t itch just once to brush those gold streaked strands from his forehead.
His eyes delivered the final one-two punch. Crystal blue swirled with a touch of green, clear as glass and deep as the sea. Eyes like that could mesmerize prey, but Ella had tons of practice restraining messy desires. She met his gaze, ignoring the tiny tumble in her belly, and kept her gaze on the prize.
“Yes?” she asked with a bit of impatience. He blinked, somewhat confused she hadn’t ducked her head or stuttered. Oh, this one needed a reality check. Had he ever been rejected? Or was he one of the lucky ones who slid through life unscathed by others? Huh. Another similarity to Redford’s character. She was going to have to re-rent that movie again.
“I think there was a misunderstanding,” he began. His body language reeked of open friendliness with just a touch of sex. His navy blue T-shirt stretched tight across his chest, and his jeans were worn low on his hips, which were now cocked in a very appealing angle. He tilted his head to ensure intimacy, and damned if his dimples hadn’t popped out. Oh, he was good.

Jennifer Probst wrote her first book at twelve years old. She bound it in a folder, read it to her classmates, and hasn’t stopped writing since. She took a short hiatus to get married, get pregnant, buy a house, get pregnant again, pursue a master’s in English Literature, and rescue two shelter dogs. Now she is writing again. 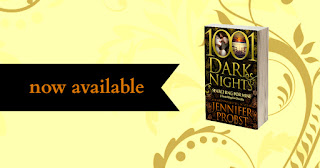