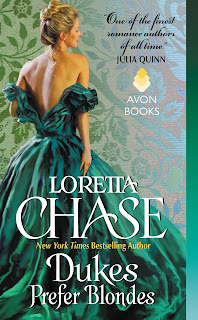 Lady Clara, the fan-favorite character from Loretta Chase’s New York Times and USA Today bestselling Dressmakers series, finally gets her own happily ever after!

Convenient marriages are rarely so…exciting. Can society’s most adored heiress and London’s most difficult bachelor fall victim to their own unruly desires?

Biweekly marriage proposals from men who can’t see beyond her (admittedly breathtaking) looks are starting to get on Lady Clara Fairfax’s nerves. Desperate to be something more than ornamental, she escapes to her favorite charity. When a child goes missing, she turns to Oliver Radford—a handsome, brilliant, excessively conceited barrister.

Having unexpectedly found himself in line to inherit a dukedom, Radford needs a bride who can navigate the Society he’s never been part of. If he can find one without having to set foot in a ballroom, so much the better. Clara—blonde, blue-eyed, and he must admit, not entirely bereft of brains—will do. As long as he can woo her, wed her—and not, like every other sapskull in London, lose his head over her…

At the head of Whitehall-street is the noted point of Charing cross; and immediately above it lately opened Trafalgar square, where is to be erected a splendid naval monument; and the new national gallery of the fine arts, now in building, is on the north side of the square.
—Calvin Colton, Four Years in Great Britain, 1831–35

Environs of Covent Garden, London Wednesday 19 August 1835
“Stop it!” the girl cried. “Get off! I won’t go!”
Lady Clara Fairfax, about to alight from her cabriolet, couldn’t hear what the boy said, but she heard him laugh and saw him grab Bridget Coppy’s arm and try to drag her away from the building she was about to enter. It housed the Milliners’ Society for the Education of Indigent Females.
The horse safe in her tiger’s keeping, her ladyship snatched up her whip, picked up her skirts, and ran toward the pair. She struck the boy’s arm with the whip’s butt end. He let out a high-pitched oath.
He was a mean-looking boy, red-haired, with a square, spotty face. He wore the cheap, showy coat she’d learned to associate with the strutting ne’er-do-wells who infested the neighborhood.
“Get away from her, or you’ll get more of the same,” Clara said. “Leave this place. You’ve no business here. Be gone before I send for a constable.”
The boy eyed her in an insolent manner. The effect was spoiled, however, by his having to stretch his head back and cast his beady-eyed gaze upward a distance, for Clara was not petite and he was not tall. His gaze dropped to the whip in her hand, then to the dashing cabriolet behind her—from which she didn’t doubt her maid Davis had descended, brandishing her umbrella.
With a sneer, he said what sounded like, “You better hit harder’n that, you want me to feel it.” He didn’t wait for her to hit harder, but set his hat at a very sharp angle and sauntered off.
“Are you all right?” she asked Bridget.
“Yes, your ladyship, and thank you ever so,” the girl said. “I don’t know what was in his mind to come here. He oughter know his sort ain’t welcome here.”
The Milliners’ Society for the Education of Indigent Females housed and educated girls determined, against prodigious odds, to be respectable.
In the ordinary way of things, girls aiming to learn a trade became apprentices. But London’s dressmakers could pick and choose their apprentices, and the Milliners’ Society girls were outcasts or rejects for one reason or another: The majority were too old to be apprenticed and/or they were “fallen” or carried some other stigma.
The Society picked them up from the gutter—if they were willing to be removed from that location—and did everything possible to make them fit for employment. With practice, diligence, and good eyesight, most girls would learn to sew straight, tiny stitches at great speed, and they could be placed as seamstresses. Some, though, had the potential to rise higher—for instance, to embroider fine muslins, silks, linens, wools, and these materials’ numerous combinations. Perhaps one or two might even possess the wherewithal to rise to become successful milliners or dressmakers.
Bridget was fifteen years old. An unsuccessful flower seller, she had appeared on the Society’s doorstep after being assaulted and robbed who knew how many times, thanks to her refusing assorted pimps’ protection. She had been completely illiterate. She had turned out to be one of the most diligent students and an especially gifted embroiderer. In the display cases, her work always stood out.
Outside the building, so, unfortunately, did her looks.

“I can tell you what was in his mind,” Clara said. “He wasn’t thinking much beyond the fact of your being pretty and what males think when they see pretty girls.”
Lady Clara Fairfax ought to know. Twenty-two years old as of yesterday, she was the most beautiful and sought-after girl in London, and according to some, in all of England. 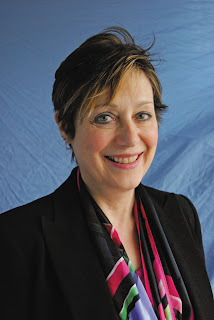 Loretta Chase has worked in academe, retail, and the visual arts, as well as on the streets-as a meter maid-and in video, as a scriptwriter. She might have developed an excitingly checkered career had her spouse not nagged her into writing fiction. Her bestselling historical romances, set in the Regency and Romantic eras of the early 19th century, have won a number of awards, including the Romance Writers of America’s Rita. For more about her past, her books, and what she does and doesn’t do on social media, please visit her website www.LorettaChase.com.