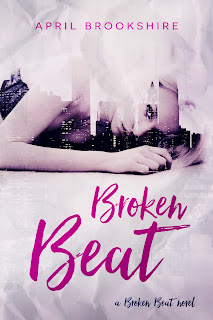 You’ve heard the story before. A young woman moves to the big city, catches the eye of a rich and powerful man, and they live happily ever after.

Vanessa has learned to live without her happily ever after. In fact, she no longer needs or wants it. Her heart may have been shattered by the loss of true love, but it’s made her a stronger person. Her fairytale dreams faded, making way for more practical aspirations.

Keenan made a mistake when he brutally discarded Vanessa from his life. Ever since, he’s been in a hell of his own making. The life he’s led for the past several years isn’t one to be proud of and he doesn’t deserve to win Vanessa’s heart once again.

Not that he’ll let anything stop him.

My hand tightened around the glass, at the same time it began to shake. Adding my other hand into the mix, I gripped it until the shaking lessened. “You’re not serious.”

Staring at where some of the water had sloshed out onto my hand, I tried to ignore the rising panic.

My eyes rose to meet is all-too-serious ones. “How?” The word left my numb lips barely above a whisper.

His head dropped to look down at his shoes, but I could still see his hesitant expression from where I sat several yards away. He rubbed a hand through his thick hair. “He asked me to leave any explanations to him.”

My dread morphed into irritation. “That sounds like him. Always needing to have the final word.”

The strain left his features at my comment. “So, what do you want me to tell him?”

I stood, setting my glass down on the coffee table. The view of Manhattan outside became larger as I walked to the large penthouse windows. I stared down below at the tiny people walking on sidewalks and the toy cars moving down the street. Inside here, it seemed as if everything had come to a standstill.

It was impossible to pinpoint any one feeling about the possibility of seeing Keenan again. A combination of anxiety, sadness and defiance mingled with something I refused to identify as anticipation.

I imagined an awkward conversation between Keenan and myself. Rehashing our history wasn’t an event I’d enjoy. So he finally knew the truth and in his arrogance had decided it was time for closure.

He’d always made all the decisions.

Well, this time I’d be the one deciding the outcome. Seeing Keenan would benefit me in no way. It had taken time, but I’d moved on from the heartbreak of our disastrous ending. All evidence proved Keenan had also moved on. Any conversation between us would come too late.

Not turning from the view, I told Darius, “Tell him it was another lifetime.” 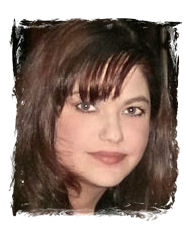 April Brookshire is the author of the Beware of Bad Boy and Young Assassins series. She also co-authors the Dead Chaos series. She writes in the New Adult & Young Adult Romance and Apocalyptic Urban Fantasy genres.

April lives in a suburb of Denver, Colorado, where she raises her young son. When she isn’t writing, she’s usually reading, but also enjoys attending concerts and plays in the numerous venues of the city.