Today we are doing our first Reading Challenge post.

For this tour I picked
Read a eBook 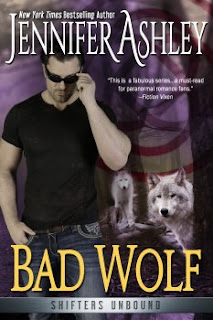 Wolf Shifter Broderick is stuck looking after his three younger brothers and a Collar-less Shifter who is driving him crazy, but he’s putting up with them for Joanne, the human woman he, for some reason, wants to impress. Joanne Greene, while grateful to Broderick for rescuing her sister, doesn’t know what to make of him. She’s been a loner most of her life, better able to relate to computers and coding than to people, until she’s drawn into the world of the Shifters.

Broderick is everything Joanne is not–a fighter and a tracker, from a rough-and-tumble family, better at working with his hands than understanding the netherworld of Joanne’s computer programmer life. Broderick is also extremely protective, wanting to draw her under his care as he does everyone else.

When Broderick is captured, mistaken for a Guardian, it’s Joanne who figures out that hackers are after the Guardian Network, the database that holds the deep secrets of Shifters past and present. Thought un-hackable, the Network is now in danger of being invaded, and already a Guardian has died. Strangely Broderick now holds the key to stopping the hackers, and Joanne with her coding skills is the only one who can help him.

Here I am reviewing another book by Jennifer Ashley so close to the other one. On Monday I read Lion Eyes.  Here's why, I read them out of order and already had Bad Wolf down in my calendar as this months reading challenge. I so hate crossing things out. Ha!

All the means is that you get to join me in my love for the Shiftes Unbound Series.

I do love them. The characters and story is very well written. You can't help finding yourself lost once you start reading them. There is so many layers to the shifters and their world that just when you think you have it figured out...you learn something new.

The second Broderick came on the scene I was hooked. There is just something about him. I think it was the way he treated Joanne when you first meet them in a prior book. Even though she was causing trouble, he was there for her. So sweet and caring. Of course he doesn't have a issue ripping peoples faces off either if they were to threaten those he cares about.

See, I really like him. Of course the story isn't only about Broderick, it's also about Joanne. I do like her. She too would hurt anyone that stood between her and those she cared about. Of course she's way to caring for some that don't really deserve it. I don't want to ruin this story or the one where we first meet her.

My only complaint for the story is that it was to short. I wanted more of them both. Yes the story felt complete, just not enough. I don't want you to think that I felt it wasn't good because that's far from the case. I just wasn't done with them.

If you've read Bad Wolf or any other book by Jennifer Ashley I'd love to hear your thoughts. Thanks for stopping by and happy reading!

Don't forget to stop by my fellow Book Club Thursday Blogger and see what Reading Challenge they did a review for.

Make sure to stop by on February 4th when will be doing a "Clearing Off the Shelves" post.