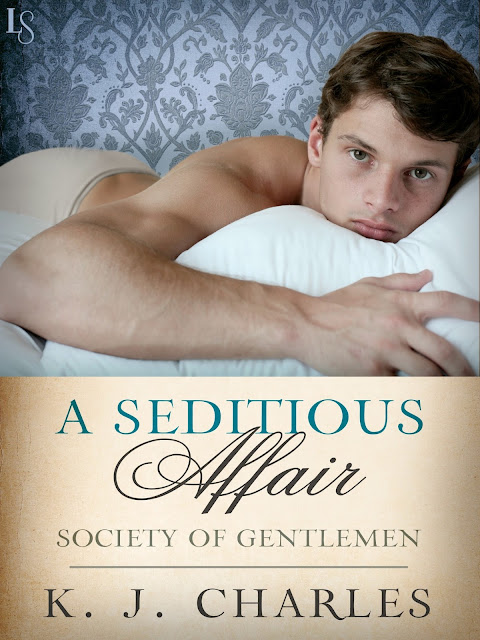 K. J. Charles turns up the heat in her new Society of Gentlemen novel, as two lovers face off in a sensual duel that challenges their deepest beliefs.

Silas Mason has no illusions about himself. He’s not lovable, or even likable. He’s an overbearing idealist, a Radical bookseller and pamphleteer who lives for revolution . . . and for Wednesday nights. Every week he meets anonymously with the same man, in whom Silas has discovered the ideal meld of intellectual companionship and absolute obedience to his sexual commands. But unbeknownst to Silas, his closest friend is also his greatest enemy, with the power to see him hanged—or spare his life.

A loyal, well-born gentleman official, Dominic Frey is torn apart by his affair with Silas. By the light of day, he cannot fathom the intoxicating lust that drives him to meet with the Radical week after week. In the bedroom, everything else falls away. Their needs match, and they are united by sympathy for each other’s deepest vulnerabilities. But when Silas’s politics earn him a death sentence, desire clashes with duty, and Dominic finds himself doing everything he can to save the man who stole his heart. 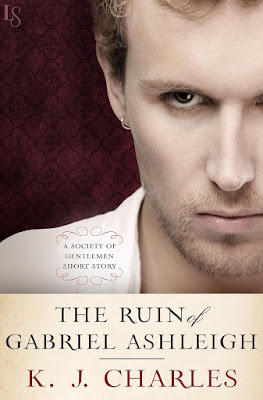 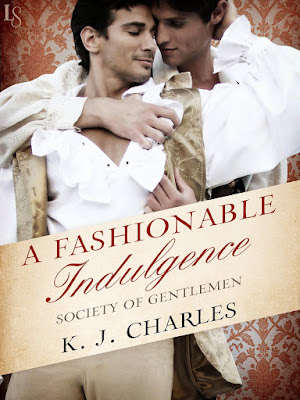 K. J. Charles is a writer and freelance editor. She lives in London with her husband, two kids, an out-of-control garden, and an increasingly murderous cat.