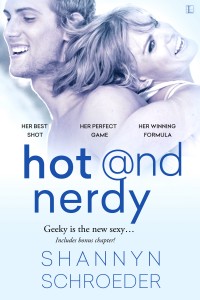 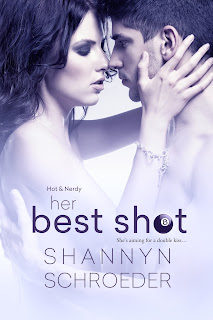 With college graduation looming, three childhood friends vow to make spring break their last blast of pure fun. But at least one of them didn’t count on such incredible heat…
Layla Sharpe is definitely more math ninja than bikini babe, and her future has been calculated with razor precision. Convinced to let loose over spring break, Layla is finally ready to party—until her car breaks down halfway to her destination, leaving her stranded in Georgia with a mouthwateringly hot pool shark. She knows more than enough about angles to learn the game, but this week she wants him to appreciate her curves…
Phin Marks has never met a girl like Layla. She’s more Star Wars geek than seductress, and when he offers her a place to stay while her car is in the shop, he’s counting on the attraction between them to set the nights ablaze, no strings attached. But every moment he spends with Layla makes it harder to let her go. Can he persuade her to gamble in the most dangerous way possible…on forever? 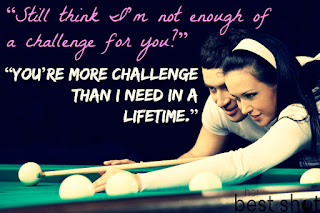 So much for not knowing anxiety. Layla walked down the busy street in Atlanta looking for the nearest bar. She needed a drink.
After a leisurely drive through the mountains and taking time to enjoy the beauty of rural North Carolina, Layla had been feeling better. Then she had pulled into Atlanta and everything went to hell. Her car just stopped. She probably shouldn’t have ignored the clunking while she was in the mountains. She sat at the side of the road waiting for a tow truck for a couple of hours. Not that she didn’t have offers, from a variety of good old boys, to take her wherever she wanted to go.
Because it was Saturday afternoon, the mechanic had told her straight-out that nothing would be done on her car until Monday, but he’d promised to call her with a diagnosis before the end of the day. She had barely stopped herself from telling him to just fix it no matter what. Although she didn’t like being stranded in Georgia, she wasn’t going to pay an exorbitant amount of money for her hand-me-down car out of desperation.
Pulling her backpack higher on her shoulder, she stood still for a moment and allowed her eyes to adjust to the dim interior of the first bar she found. It was a dive, but there was a decent-sized crowd. Unfortunately, it wasn’t her kind of crowd. They were mostly men and mostly grubby-looking. Even the younger ones had a roughness about them.
Layla figured it was par for the course. All she wanted to do was drown her sorrows in some beer and then pass out until her car was fixed. Maybe she could salvage part of her break. She shot a text to Felicity to let her know about the car.
After ordering a light beer at the bar, Layla walked toward the back to drink alone. In the back, she found a few men playing pool at the two tables. She grabbed a chair and sat with her back to the wall so she could watch the players. No one seemed to take notice of her presence.
Within moments, one player easily stood out as the man to beat. He was tall, over six feet, with long dark hair pulled back into a ponytail. He wore a T-shirt that looked intentionally too tight, showing off defined muscles, as if to say, “Don’t fuck with me.” He didn’t chat with the other player. The only sounds he made were to call his shots. He was smooth and efficient, and fun to watch as he cleared the table.
Especially when he bent over in front of her. Maybe being stuck in Atlanta for the night wouldn’t be so bad if all the guys were this nice to look at. With the eight ball sunk, the man stood and collected the money sitting on the edge of the table. The loser walked away, and another guy took his place, putting his twenty on the edge.
This second player was better than the first, but Mr. Nice Ass stayed ahead. After a while, Layla began to wonder if he was just toying with his competition, like a cat playing with its prey. He let the other man sink a few balls and then returned to clear the table. Again, he sank the eight ball and swiped the cash.
The man was a pool hustler.
After the second loser left, the man looked around, his gaze landing on her. His eyes, a gray-green, weren’t pretty, but were mesmerizing. Something about the contrast against his olive skin.
He pointed his pool cue at her. “Are you going to sit there staring all night, or are you going to play?”
“Me? I’m not stupid enough to play pool with a hustler. My day’s been crappy enough. I don’t need to lose anything else.”
He stalked closer to her. “I’m not a hustler. Hustlers pretend to be bad and then show their true ability to win big. Make no mistake. I’m always good.”
“Thanks for the vocabulary lesson. I still have better things to do with twenty bucks than lose it to you, especially since I’ve only played pool a handful of times.”
He took another step closer. Close enough that she could touch him if she wanted, but he kept enough distance so she wasn’t crowded. “How about you buy me a beer, and I’ll give you a lesson?”
She had nothing else going on, and a game of pool with a sexy stranger might be fun. “You’re on. What’ll you have?”
He tilted his head toward her bottle. “Whatever you’re having is fine.”
She grabbed her backpack and went back to the bar to buy a couple more beers. When she returned, he had the balls racked and ready to go. She placed her backpack on her chair and grabbed a cue stick. Layla handed him a bottle and said, “I’m Layla.”
He took the bottle from her, allowing his thumb to brush over her fingers. “Thanks, Layla. I’m Phin.”
The simple touch sent a jolt of pleasure up her arm and down her center. He took a swig of beer, and she watched his throat work as he swallowed. She licked her lips, and when he reached past her to put his bottle on the table, her mouth went dry. This man was like a walking orgasm. He didn’t have to say anything, and she wanted to go for a test run. 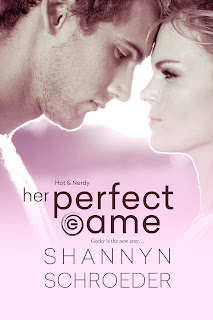 Spring break is supposed to be a week of fun in the sun for three childhood friends about to graduate from college. But one of them is ready to get her game on somewhere else…
Charlie Castle is an expert archer and a fierce warrior—in her favorite video game, anyway. But college life was a program she couldn’t quite master. To land a cybertech job without a degree, she’s entering a “hackfest” over spring break—where she also hopes to meet the sweet gamer who’s been flirting with her online. Instead, she runs into the hot guy who walked away years ago, and can’t fight the desire that comes rushing back.
Jonah Best has never gotten over Charlie, whose kisses were always as deliciously creative as her coding. But now that they’re face to face again, he doesn’t know how to admit that her online admirer is really him—or how to convince her that he’s offering her a job for her incredible skills, not her sex appeal. Can Jonah cut through their communication glitches and persuade Charlie that the next level up for them should be forever? 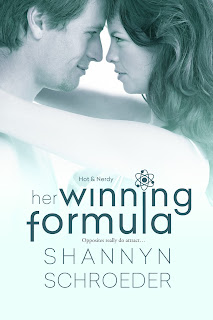 Spring break was supposed to be a last blast of fun for three friends before the reality of adulthood set in. But for the trio’s science whiz, it’s an education in instant attraction…
Chemistry major Felicity Stone can tell you everything about the way chemicals interact, but when it comes to social interaction, she needs schooling. Abandoned by her friends, Felicity is faced with spending spring break alone—unless she accepts a gorgeous stranger’s invitation to pose as his girlfriend at a family wedding. Not one to turn down a research opportunity, Felicity never expected it to produce such breathtaking results…
Teacher and baseball coach Lucas Tanner is fascinated by Felicity’s potent mix of spirit and scientist, not to mention her delicious curves. When Felicity asks him to return the favor by teaching her how to pick up guys, he can’t refuse—but he’s not at all happy with the idea of her using a formula for flirting on anyone but him. Can he convince her that together they have the perfect chemistry? 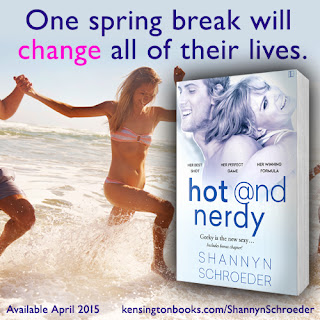