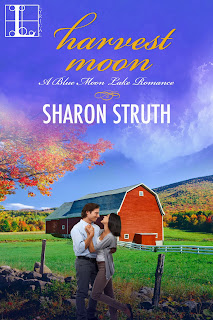 Getting past the librarian’s guard…

Trent Jamieson isn’t one for virtual romance, but there’s something about the intriguing woman he meets on the Internet he can’t resist. Then the small town bachelor discovers the mystery woman who shares her secrets with him online is the laced-up librarian in his self-defense class! Veronica Sussingham may just be his toughest student yet. Because how can he show the vulnerable beauty that some men areworth letting your guard down for?

Veronica returned to her hometown seeking shelter for her shattered spirit. The last thing she needs is a blue-eyed charmer who wants to show her how to live—and love—again. Then she discovers Trent is not just another admirer, but a man who knows her deepest secrets. Now Veronica must choose between running from her past—or finding future happiness with the kind of man she swore she’d never fall for….

This kiss. Oh, this heavenly kiss. Veronica patted herself on the back for pushing aside her first instinct to remove Jim’s hands from her waist in a public place. The way he’d whispered “sexy” drove a warm blast straight to the core of her belly.

This time when they kissed, his mouth molded perfectly to hers, not his usual awkward preamble. He was strong and demanding, yet not too pushy. His relaxed lips lulled her into a quick surrender, a surrender she strangely didn’t mind at all.

His hand slipped to the back of her head, and she sighed into his mouth, wishing this kiss would never end. Slowly and surely, however, he pulled away, but she kept her eyes closed, clinging to the sensation a few seconds longer as his breath landed near her ear.

Her eyes flashed open. She slapped her palms to the stranger’s chest, pushed him away. “What the hell!”

He stumbled back a few steps, his mouth agape and brows furrowed. “You’re not Angie.”

“The elevator.” Her head spun as she stared into his crystal blue eyes. His gaze swept her from head to toe, making his dark lashes flutter. “Thank God you kept your lips to yourself then.”

“Don’t be ridiculous.” His smiled dropped. “I’d never do that to a stranger.” With a slight cock of his head, a grin creased his cheeks and he lowered his voice. “Although I’m pretty sure we both enjoyed what just happened.”

Her face burned, as if set on fire. “How dare you suggest that I—”

“Hey! You guys are early.” Sophie entered the bar area, Duncan in tow.

Veronica tried to speak but found herself more flabbergasted when Sophie walked right up to Hotlips and they hugged. “Hi, Trent.”

Veronica pinched herself in a bid to wake from this surreal dream. Before she could gather her bearings, Duncan surrounded her in one of his big bear hugs. “Ronnie, you look beautiful. New dress?”

Sophie came over and hugged Veronica. “You okay?” she whispered in Veronica’s ear.

“I’m fine. Happy birthday.” From over Sophie’s shoulder, Trent watched them. Veronica narrowed her gaze, but he only grinned, like the devil might if he learned your biggest secret.

Duncan slung an arm around Trent’s shoulders. “I see you’ve met my brother.”

“Yes. I have.” The heat of her cheeks still simmered.

Trent winked in her direction, and a sizzling blast assaulted every inch of her skin.

“Pearls made me feel right at home.”

“Pearls,” he corrected, an extra emphasis on the s. “Like your necklace.”

She reached up and touched the smooth, hard jewels near her collarbone. A few other guests arrived and snagged Sophie and Duncan’s attention. While she clutched the hard beads and tried to digest what just went down, she glanced at Trent. He watched her closely, but a playful twinkle in his eyes suggested the case-of-mistaken-identity kiss hadn’t upset him a bit. 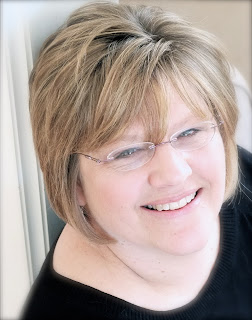 Sharon Struth is an award-winning author who believes it’s never too late for a second chance in love or life. When she’s not writing, she and her husband happily sip their way through the scenic towns of the Connecticut Wine Trail. Sharon writes from the small town of Bethel, Connecticut, the friendliest place she’s ever lived. For more information, including where to find her other novels and published essays, please visit her website.