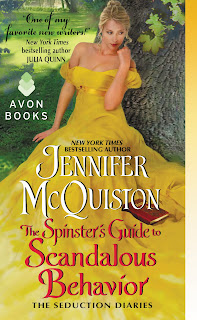 When her eccentric aunt suddenly dies and bequeaths her the key to a falling-down cottage in Cornwall, Lucy Westmore is surprised. After all, she scarcely knows her aunt, and her memories of Heathmore are murky, at best. But even more surprising is the part of Lucy’s inheritance that doesn’t come with a key: an old leather journal that provides the details of her mysterious aunt’s life and-for better or worse-gives Lucy all the instructions she needs to live the life of a scandalous spinster.

Lord Thomas Branston has spent the last five years in Cornwall, hiding from his painful past. Nothing has been tempting enough to lure him back to London…until now. He alone knows the real value of the property, and he’s determined to buy Heathmore before Miss Westmore ruins everything and sells it off to the highest bidder.

Emboldened by the guidance in her aunt’s diary, Lucy refuses to sell the property, not even when Lord Branston’s offers escalate, or when the house turns out to be truly uninhabitable. Lucy has no intention of giving up her one chance for independence. And Thomas has no intention of abandoning his suit.

But is it the property or the spitfire of a spinster that’s got his heart all tied up? And what is he willing to offer for both? 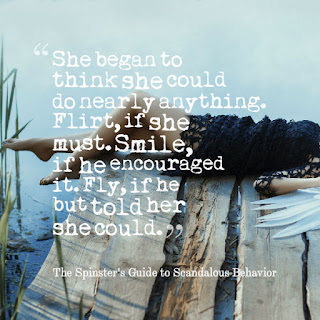 Take her aunt for example. According to the first volume of her aunt’s diary, she’d taken herself to Cornwall without her parents’ permission and lived for more than four decades as a scandalous spinster. To Lucy, that sounded like the right kind of ruin, one that was earned outright, rather than merely presumed. But judging by the tears welling in Lydia’s eyes, her sister’s definition of ruin was rather different.

“You mustn’t tell anyone,” Lucy warned, suddenly realizing that between her hair and Lydia’s knowledge of her plans, a good deal of havoc could be wrought. “I still need to find a bit more money if I am to do this properly, and that means I need to hide this from Mother, at least for the near future.” She looked pleadingly at her sister. “Do you promise not to say anything?”

“You are really going to Cornwall, then?” Lydia choked out.

“Not yet. Soon, though. When I can earn a bit more money. And I won’t be gone forever.” Lucy sat down beside her sister and placed a hand over hers. “I only want to have a look at my property, to make the decision for myself. In fact, I predict I will be back before the Season has even properly started.”

But Lydia pulled her hand away. “And what good would coming back do, with your hair shorn and your reputation in tatters?” she asked bitterly. “Did you even think this through before you charged into it?”

Lucy bit her lip, the question hitting a little too close for comfort. No, she hadn’t thought it through. She’d simply read her aunt’s diary entry last night, and woken up this morning determined to find something to sell. As per usual, she’d set her sights on a grand goal and ignored the smaller difficulties, such as how to explain—or hide—the evidence of what she had done. She might be impulsive, but she at least had enough self-awareness to look back now and recognize her usual pattern of impetuousness.

“I probably should have done a bit of research into how much I might earn first,” she admitted. “And I should have waited to visit the wig makers until I had enough money to leave immediately after I had done it.”

Lydia’s face turned red. “That is what you see as the lesson learned here? For heaven’s sake, Lucy, how can you be so … so … blind? I would give anything to be in your position, you know. To have a chance to find a proper husband, and to find real happiness.” A tear rolled down her cheek. “And yet you are throwing it all away for a rat-infested cottage?”

Lucy felt a spark of irritation. Why couldn’t Lydia see her side of it? For as long as she could remember, this threatened Season had hovered above her head like a guillotine. And now, with the encounter with the visiting coach, it was clear her fears were well-founded. She had only ever consented to suffer through the drama of this Season to silence her parents’ expectations. It wasn’t as though she had any intention of procuring a husband anyway—especially not one who only wanted to give her a ring in exchange for ten thousand pounds. 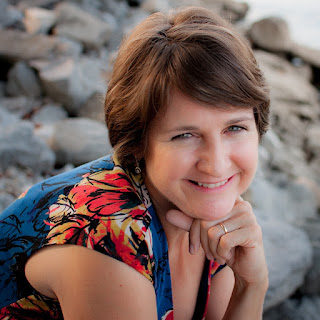 A veterinarian and infectious disease researcher by training, Jennifer McQuiston has always preferred reading romance to scientific textbooks. She resides in Atlanta, Georgia with her husband, their two girls, and an odd assortment of pets, including the pony she promised her children if mommy ever got a book deal. Jennifer can be reached via her website at www.jenmcquiston.com or followed on Twitter @jenmcqwrites.