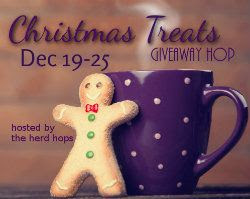 What are our favorite Christmas Treats? Books, of course! Stop by each blog for a chance to win fabulous books & gifties for the Holidays!


Thank you for joining us in this wonderful blog hop giveaway! I hope you'll take the time to visit the other blogs on the tour and enter their giveaways!

There is nothing I like more at this time of the year then reading Christmas stories. I put the Christmas tree lights on, get my favorite blanket curl up on the couch and enjoy a good book.

For this giveaway I will be giving away... 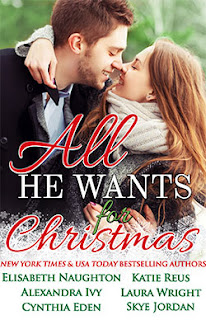 MELT FOR ME by Elisabeth Naughton
Yuletide Spirits pub owner Ella McKinley doesn’t do holidays. Not after everything she lost on a cold, snowy night long ago. In fact, she’d be perfectly happy if the calendar jumped from November to January, bypassing December all together. Then rock’s latest “it” guy, Tate Kendrick, rolls into town, and though Ella tries to resist his wicked charm, the heat they once shared flares hotter than ever. When trouble linked to the rock star strikes at her pub, Ella suddenly starts to wonder if the return of her first love is a holiday miracle or nothing more than her nightmare before Christmas.
SWEET RAPTURE by Alexandra Ivy
Meg Anderson has returned to her home in Holly, North Carolina after she discovered her relationship with Dylan Cain was nothing more than a lie. The last thing she expects is for Dylan to be her new tenant. Or the realization that he might be the only thing standing between her and a killer…
THE SPY WHO CAME FOR CHRISTMAS by Cynthia Eden
Everyone in town thinks that Jemma White is as sweet as the delicious treats she makes at her chocolate shop—but they’re wrong. Jemma is ready to let her wild side out, and she’s just found the perfect man to make all of her fantasies come true. Grayson Cole is a too-sexy-to-be-true stranger who has escaped to Holly for the holidays. He is her perfect temptation, and Jemma can’t wait to steam up the cold winter nights with him. But when danger from Grayson’s past follows him to town, she realizes that the man she is falling for has been keeping some very dark secrets…secrets that may just get them both killed.
MERRY CHRISTMAS, BABY by Katie Reus
After unexpectedly inheriting a bookstore, Nora and her younger sister settled in Holly, NC, a place where it’s Christmas year-round. As the legal guardian for her sister the past few years, romance has been the last thing on Nora’s mind. But she broke her rules for the town’s golden boy—former SEAL Jackson O’Connor. When Jackson does something stupid and almost loses Nora for good, he realizes just how far he’s willing to go for the woman who’s stolen his heart. But it might take a Christmas miracle to get Nora to give him a second chance.
SINFUL IN SNOW by Laura Wright
Billionaire Back In Town: Gabriel Fox is a ruthless, heartless, soulless grinch. His only goal in coming to Holly, North Carolina is to ruin Carol Cardini’s Christmas. Like she ruined his—and his life—ten years ago. Now that her business is in trouble, he’s finally found the way. But the beautiful owner of Christmas Carol’s Shop and Crafts won’t allow her dream to be destroyed. Not by revenge, and certainly not by the sexiest man she’s ever known. She can, however offer an apology, and a chair at her holiday table. But can a grinch’s cold heart be warmed and healed by the love of a good woman—and the magic of Christmas spirit?
HOME ADVANTAGE by Skye Jordan
NHL super star, Meier Grant, finds himself sidelined for a bum shoulder and sentenced to three weeks recovery—in his hometown of Holly, North Carolina. But an extended family stay isn’t on his holiday wish list, especially when his parents are more interested in capitalizing on his fame than much needed family bonding. So when he learns the high school beauty and so out-of-his-league Faith Nicholas is suddenly single, and even sexier ten years later, home doesn’t seem so bad. Not when it includes spending some quality bonding time with Faith. Meier may have some of the best moves in the league, but will they be enough to win a woman deserving of forever?
I was only going to give one book, or in this case boxset away but it's the holidays and I love giving gifts so here's more... 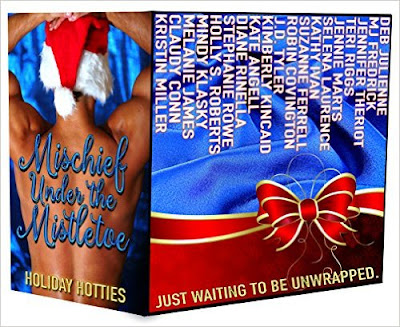 Make sure to stop at the blogs listed below! Merry Christmas and good luck!