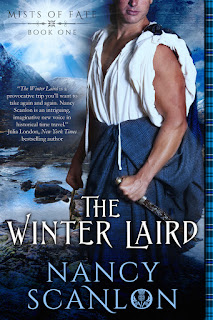 Successful matchmaker Brianagh O’Rourke believes in happily-ever-afters...just not her own. She’s convinced passion only exists in her dreams. When she reluctantly accepts a marriage proposal, Bri decides she needs a vacation―but she didn't expect it to be in 13th century Ireland.

Laird Nioclas MacWilliam just wants peace for his clan. The time for him to marry has come, and after waiting years for his ally to present their daughter, he’s agreed to marry another. But on the eve of his nuptials, a daring rescue brings his missing betrothed right into his arms.

And she does not want to be there.

Brianagh has to return to the future. Nioclas has to marry. He offers a solution for the both of them: She marries him and stays for three months, and they work together to convince his clan they are a love match. In return, he vows to safely return her home. But as the days turn to weeks, they both begin to see what a happily-ever-after could be. And when the time comes, does Brianagh return to the life she’s built, or does she remain in the past for a chance at true love?

“The women are spying on us from under the benches,” Aidan said as he bounced on the balls of his feet, waiting for Nioclas to finish his drink. Admiring his sword, he added, “Been there for about ten minutes or so. I give them another twenty before they get cold and head back into the castle.”
Nioclas sighed. “I’m unsurprised. Does Erin still think no one knows about her forays into the lists?”
Aidan shrugged and quickly crossed swords with his brother. “Of course. I’m certainly not going to tell her. She’ll skewer me on the end of her sewing needle whilst I sleep.”
“Are you that afraid of a wee lass?” Nioclas mocked, jumping back and just avoiding the tip of Aidan’s blade. “I don’t think Donovan has much trouble with her.”
“Oh, I’m sure Donovan has complete control over his wife,” Aidan replied, and they both grinned as they hacked away at each other. “I don’t think he’s ever been privy to the full extent of Erin’s talents, though.”
Nioclas ducked and rolled out of Aidan’s path, springing back up and crossing blades once more. “I—oof—doubt he would’ve agreed to marry her, had he known.”
“Marriage. I don’t envy you, brother. Shackled for life. I hope she is worth it.” Aidan ducked, narrowly avoiding the at of Nioclas’s blade, then spun to avoid it again. “Saints, Nick, I was only—oof— is there something you care to talk about?” he asked sardonically as Nioclas’s attack intensified.
“No,” Nioclas replied curtly, swinging his arm relentlessly.
“Hmm. I believe there’s a tale there.” Aidan plunged his sword toward his brother, who leapt backward.
“None I care to tell you,” Nioclas replied, wiping the sweat off his forehead with the back of his hand.
“Well, you’re putting on quite a show for her.” They circled each other. “Mayhap this will be a love match yet—” Aidan’s sword went flying. He watched, open-mouthed, as it soared through the air. Someone called out, and men scattered as the blade went hilt-over-tip, landing about twenty feet from where they stood.
He looked at his brother in alarm. Nioclas had never bested him by forcing his sword from his hand. That was something they’d agreed long ago was unnecessary between them. War was never far, and neither wanted the other without his sword if it broke.
“Love is for fools,” Nioclas growled before stalking off.
It was a rare thing for Nioclas to lose his temper, especially in the lists. Bemused, Aidan watched him go, then threw a wink over to the source of his brother’s obvious discomfort.
Smirking at the feminine gasps, Aidan collected his sword and sauntered off. 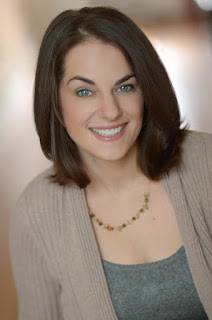 Born and raised near Boston, Massachusetts, Nancy Scanlon wrote her first romance novel at age 16, when she realized that fictional boyfriends were much easier to figure out than real ones. In the time since, she managed to earn a degree in English, obtain a graduate certificate in creative writing from the University of Cambridge, and marry the man of her dreams (but she still holds tight to her fictional boyfriends).

Currently, she resides in Puerto Rico with her husband, two children, and two dogs. When not writing, Nancy spends her time reading, reviewing and blogging about romance novels, watching too much HGTV, and taking care of her family.