Sales Blitz: Soul of a Man by Jamie Begley 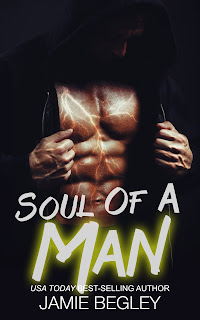 Cara, a powerful Moirae, finds herself stranded on Earth made human by an enemy of her mother, Fate. Lost and alone, she is forced to accept the reluctant help of Jericho Hawk. Jericho is determined not to become involved with Cara, even as their sexual attraction for each other cannot keep them apart. When Cara's Cousin Grimm appears and proves Cara's crazy stories are actually true, he must overcome the horrors her mother is responsible for to gain an eternity with the woman he has come to love.

Excerpt
(Copyright Jamie Begley/Young Ink Press Oct 2015)
“Are you o.k.?”
“Yes.” Cara nodded happily. Jericho nodded before getting up and getting redressed. When he was done, he bent over and picked up her clothes and handed them to her.
“You might take a hot shower; it will help with the soreness.” Cara blushed as she raised herself into a sitting position. Cara frowned as he started gathering dishes and empty bottles.
“I will.” She watched as he carried everything to the kitchen. She dressed as she heard running water, knowing he was doing the dishes. Cara was unsure of what to do, having never been in this position before. When Jericho reentered the room, she was still sitting on the couch waiting for him. She had royal blood in her veins and she had too much pride in herself to hide herself away in her room.
“I thought you were going to take a shower.”
“I was hoping you might like to take one with me.” Cara gave him what she hoped was a seductive smile, but having never given one before, she could not be sure.
“No thanks, I have one in my room. I think I’ll go to bed. I’ll see you in the morning.”
“Jericho...”
“Don’t do this Cara.”
“Do what?”
“Have a postmortem of what happened.”
“I don’t understand.” Cara tried not to be hurt at his attitude, but it was really hard when he was staring at her with such cold eyes.
“What’s to understand? We had sex. It’s over now, so like all men, I would like to go to sleep.”
“Alone?”
“Yes, alone. I don’t share my bed with anyone.”
“Why?”
“Look Cara, I really don’t want to hurt your feelings, but I didn’t want anything but sex. Now that the need has been taken care of, I’d like to go to bed.” Before he could continue on, Cara interrupted him.
“So you got what you wanted; now you’re done with me?” Desperately, Cara tried to keep the anger out of her voice. 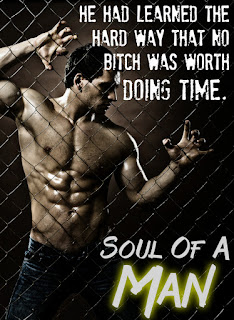