Guest Reviewer: Fly Guy and the Frankenfly by Todd Arnold

Every so often my 7 year old niece will take over my blog and post a review. Since she's a little to young to set it all up on her own I will join her (which means I do all the work) and we both will review a story that she reads to me. 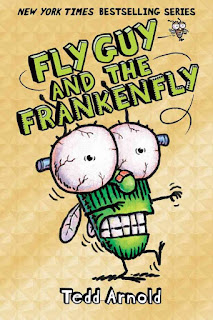 Buzz dreams about Frankenfly — but Fly Guy is a friend, not a monster!


In the latest installment of the New York Timesbestselling Fly Guy series, Buzz and Fly Guy spend a day together playing some spooky games and doing arts and crafts projects. When Buzz goes to bed, Fly Guy stays awake and is "bizzie"! Buzz has a nightmare that a gigantic Frankenfly monster is out to get him! But when he wakes up, all he sees is Fly Guy, who fell asleep making posters showing that he and Buzz are best friends.

The wacky dream scene involving Frankenfly is fun and hilarious, not scary. Buzz awakens to a sweet message of friendship that is nothing to be afraid of.

About the Authors or Illustrators

Author and Artist Tedd Arnold was a commercial illustrator for many years before his wife suggested he write and illustrate children's books. His books No Jumping on the Bed! and No Water in the Tub!were inspired by his two sons.

The story is about Fly Guy & Buzz! Buzz has a dream about Fly Guy making Frankenfly! I really liked the story, it's my favorite. The story is really fun to read. Some of the things I liked about the story are...I liked when Buzz became scared about Frankenfly. He really thought there was one. It was funny when in the morning Buzz fell off his bed when he woke up. The funny part about his series is that flies are usually pests...not pets. I would like to read more books in this series. 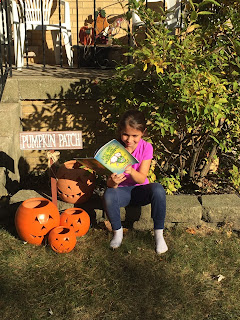 This is such a cute story that both my niece and I enjoyed. She read it to me as we were on our way apple picking. Made the drive go by faster.

I enjoyed the characters and thought that it was a great idea for a series. Don't we all want a fly for a friend. Ha!

Since we all dream this is a great story for kids to understand that sometime when dream a scary you can wake up and it all be over.

Thanks for stopping by and visiting with my niece and myself. I know she gets a big bang from it. Give her a shout out!