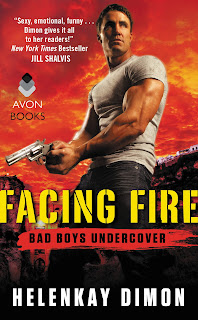 HelenKay Dimon returns with another hot installment of her romantic suspense series featuring the fierce men of Alliance—a top-secret military security agency—and the only women who can tame them.

When his uncle is brutally murdered, Josiah King knows that business just got personal. His uncle’s ties to the Alliance can mean only one thing: Josiah and his black ops team are targets, along with everyone they love. Primed for vengeance, Josiah is determined to unravel the plot—until long-legged redhead Sutton Dahl becomes a dangerous distraction.

Sutton is very good at uncovering other people’s secrets—and protecting her own. When Josiah bursts into her life she’s torn between pushing him away and asking for his help. Mysterious, strong, and much too sexy, he’s a puzzle she longs to solve, and a temptation she can’t ignore.

Thrown together in the face of Alliance’s most lethal threat, Josiah and Sutton become unlikely partners, fighting for their lives even as the attraction between them flares into real passion. Torn between his team and the woman who means everything to him, Josiah will risk it all to save Sutton, even if that decision is his last. 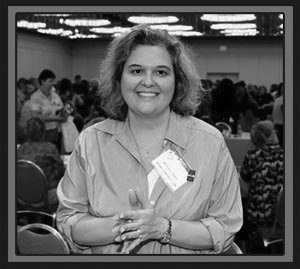 
Helenkay Dimon spent the years before becoming a romance author as a . . . divorce attorney. Not the usual transition, she knows. Good news is she now writes full time and is much happier. She has sold over thirty novels, novellas and shorts to numerous publishers. Her nationally bestselling and award-winning books have been showcased in numerous venues and her books have twice been named “Red-Hot Reads” and excerpted in Cosmopolitan magazine. But if you ask her, she’ll tell you the best part of the job is never having to wear pantyhose again.


“The Bad Boys Undercover are back, and this third installment gives readers everything they love: high stakes, intense action and unexpectedly searing chemistry.”—RT Book Reviews on FACING FIRE

“Nail-biting suspense and steamy romance are the mainstays of this novel, as the protagonists must discover whether their attractions stems from deeper emotions.”—Publishers Weekly on FACING FIRE

“The latest high-adrenaline installment in Dimon’s (Playing Dirty, 2015) Bad Boys Undercover series delivers plenty of testosterone-fueled action and smoking-hot sexual chemistry between a rough, tough, alpha hero and a strong-willed heroine, who is more than his match. Give this one to fans of Suzanne Brockmann or Cherry Adair.”—Booklist