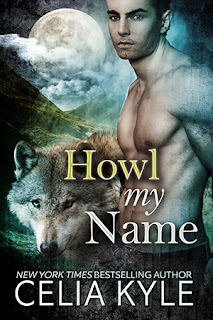 Werewolf Reid Bennett has one goal: investigate the Brookfield clan’s Itan. Reports are coming in that the male is abusing his werebears and–even if he’s a werewolf–Reid will put a stop to it. Unfortunately, the resolution ends up being permanent and now Reid’s the clan’s leader.

The only positive about his new situation: curvy werebear Evelyn Archer. She makes his wolf howl and he aches to explore every inch of her lush frame. He’s the clan’s leader and he knows exactly where he’d like to lead Evelyn—his bedroom.

Evelyn doesn’t know what to do with Reid. Sure, he’s the sexy wolf her werebear wants to nibble and claim, but she has bigger issues to deal with. Such as the fallout of her father’s death… at Reid’s claws.  Okay, maybe she can take a break for one little lick…

They both have plans for the Brookfield clan… and each other. Except there’s a small problem—someone wants them dead. Nothing new for Reid, but a threat against Evelyn is unacceptable. When it comes to Evelyn, he’ll break all the rules to keep her safe, including dusting off his homicidal tendencies again.

If you haven't read any of Kyle's books you don't know what you're missing! She reminds me a lot of Shelly Laurenston. Her books are full of humor, love and tears on occasion. I've only yet read her Grayslake series, but that was enough to know how much I loved her writing.

You can't imagine how happy I was when Reid got his own story. Poor Reid...he's a very bad boy. The type you can't help but want, dirty thoughts here, wanting! From the second he was introduced in the series you wanted his story. There was just something there. You knew the layers ran deep.

I'm telling you now, if you want to read Reid's story I would start with the first book in the series and read them in order. Not only is it a great series and you'll love the other characters, but you'll get to know Reid more!

As I hoped and prayed he'd have his own story I thought to myself...who would be perfect for him?

He's not the easiest guy. So when she introduced us to Evelyn I thought....perfect!

Evelyn is the type of person who's both strong but yet she has that wonderful soft side. Something that Reid needs in his life.

Their story is so good! You won't want to stop reading it. The only complaint I have about it is that it wasn't long enough. I wanted more of them. In fact, I want more of this series, period! Read it, I think you'll agree!

If' you've read this series or any other book by Kyle I'd love to hear your thoughts. Thanks for stopping by and happy reading!