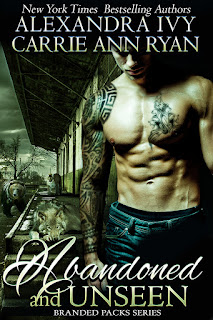 When bear shifter, Anya Tucker fell in love with the wrong man, the only thing she left with was a broken heart—and her two bear cubs. Now she’s mended her wounds and learned that in order to raise her babies she can only trust herself. When her sons meet the lazy cat next door and fall heads over tails for him, she’ll do whatever she takes to protect them—even from a past she’d thought she’d left behind.

Cole McDermott is a jaguar on a mission. Long naps, a willing woman, and a full stomach is usually all he needs when it comes to relaxing after a long day of protecting his Pack. Then he meets Anya and the burn of temptation is silky and tantalizing indeed. When a horror from Anya’s past threatens everything she loves, Cole will put everything aside and fight for her family—as well as his own.

Nicole Bradley had no reason to live after the humans murdered her son. Not until she learns to hunt down those responsible for his death. Shifting into her wolf form at night, she slips out of the compound, determined to do as much damage as possible. The last thing she expected was to discover secrets that could destroy the SAU.

Polar shifter, Tucker Stone, lives off the grid. It’s the only way the Unseen can avoid being rounded up by the humans and tossed into a compound. Besides, he’s a loner by nature. But he can’t walk away when he sees the pretty female wolf in danger. Risking exposure, he takes her to his hidden den and tries to heal her wounds.

Can a reclusive polar bear and a wolf with a death wish find happiness together? 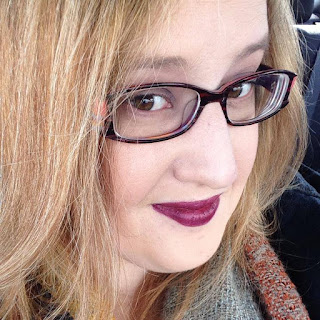 Carrie Ann Ryan Bio:
New York Times and USA Today Bestselling Author Carrie Ann Ryan never thought she’d be a writer. Not really. No, she loved math and science and even went on to graduate school in chemistry. Yes, she read as a kid and devoured teen fiction and Harry Potter, but it wasn’t until someone handed her a romance book in her late teens that she realized that there was something out there just for her. When another author suggested she use the voices in her head for good and not evil, The Redwood Pack and all her other stories were born.

Alexandra Ivy Bio:
Alexandra Ivy graduated from Truman University with a degree in theatre before deciding she preferred to bring her characters to life on paper rather than stage. She started her career writing traditional regencies before moving into the world of paranormal with her USA Today, Wall Street Journal, and New York Times bestselling series The Guardians of Eternity. Now she writes a wide variety of genres that include paranormal, erotica, and romantic suspense.


My thoughts...
Lately I've been in the mood for shape-shifters so this book fit my needs very well. On top of that Unseen's hero is a polar bear. Can you say...hooked!

As a whole both stories a very good. The idea might not be totally fresh in fact as I read them I kept thinking about Jennifer Ashley's series. But that didn't stop by from enjoying either of them. This is book 2 so that part bummed me out a little. It's seems like I'm always missing something. (new book wise) If I hadn't known it was book 2 I wouldn't have really felt it. Both stories are that well-written. With some other books  you feel like you've missed something. Not here.

We will start with Abandoned. I'm a huge fan of Ivy so I knew even before reading this I'd like it and I wasn't wrong. I loved Abandoned. Cole is such a sweet guy. My favorite parts are him with the twins. I'm not going to tell you why they are my favorite...you'll just have to read it for yourself. Ha!

I also liked the relationship between Cole and Anya. She really needed someone like Cole. While Anya worries about everything, and sometimes its warranted,  Cole is much calmer or at least you think it is. There is layers to him.

You'll very much enjoy this story.

Now on to Unseen. I've never read Ryan until this story so I wasn't sure how I'd feel about this story. As soon as I started it I realized it was about Tucker the polar bear and I did a happy dance. You meet Tucker in in Abandoned and  I am glad that he got his own story. His part in it was very short but there was just something about him.

My heart broke for Nicole. Poor thing had a tough few years. Her lose is felt strongly throughout the story. You keep praying that she'll get her revenge. With Tucker by her side she finally finds the peace she needs.

Since book books are from the same world and deal with the same people you might worry that one author does a better job then the other and you don't get the full picture, but that doesn't happen. You almost wouldn't know that the stories are written by different authors. Both stories and that good.

I now feel the need to either go back and read the first two books in the series or at least continue with the series and the books come out.

If you've read this series or books by either author I'd love to hear your thoughts. Thanks for stopping by and happy reading!