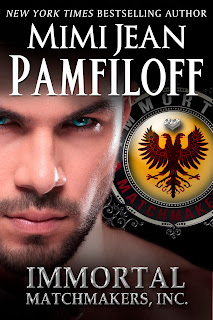 ANDRUS
Once the most powerful immortal assassin ever to exist, this demigod now spends his days pining for the girl who got away: Helena. Doesn’t help that he’s also Helena’s full-time nanny slash bodyguard. But now that the apocalypse is over and her husband, the vampire general, has returned home for good, it’s time to move on.

But can Andrus let go of the woman he secretly loves?

Cimil, Goddess of the Underworld and owner of Immortal Matchmakers, Inc., knows the solution is finding another gal. The right gal. But getting a woman to date this callous, unrefined, coldhearted warrior will prove to be the biggest challenge of her existence. Good thing they’re in L.A.

When aspiring actress Sadie Townsend finds herself one week away from being thrown out on the street, the call from her agent is like a gift from heaven. But when she learns the job is teaching the world’s biggest barbarian how to act like a gentleman, she wonders if she shouldn’t have asked for more money. He’s vulgar, uncaring, and rougher around the edges than a serrated bread knife. He’s also sexy, fierce, and undeniably tormented.
Will Sadie help him overcome his past, or will she find her heart hopelessly trapped by a man determined to self-destruct?

She pressed her ear to the door.

The sound was deep and throaty, almost like the sound of a man…well, getting off.

He cupped her hands over her mouth. I can’t believe this guy. The clock was ticking and it was really rude to keep someone waiting so he could wank it.

She gave the door another hard knock. “Listen, buddy, if you’re doing anything but dying, you’d better open this door, or I’m leaving. And I’m pretty sure you don’t want that.”

The man groaned again, but this time the sound was so deep and hard, it sent shivers up her spine and down to her nether region. His voice was just so damned sexy.

What? Sadie. What’s wrong with you?

She suddenly heard some rustling and then the sound of something large thumping on the floor. The door flew open and a huge man, wearing partially unzipped leather pants, stood panting in the doorway, no underwear, his pants barely holding to his hips and slung low on his muscular torso. She could see a dark patch of hair and the base of his cock, which looked hard as hell, straining against the inside of his pants.

She gulped. The man was hung.

Her eyes moved up over the snug fabric of his black T-shirt, the muscles of his chest and arms stretching it to its limits. She was sure this guy was some sort of weight lifter or martial arts enthusiast. Or the next Thor. Just like Bob had said.

“So we meet again, meat wench.” His sinful lips flashed a smug little smile. “Why am I not surprised to see you here begging for more?” 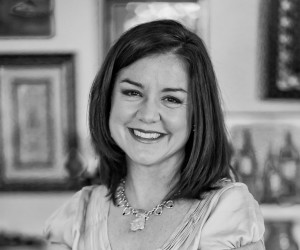 Author Info
New York Times and USA Today bestselling Romance author, host of the radio talk show, Man Candy, on Radioslot.com.
When San Francisco native Mimi Jean went on an adventure as an exchange student to Mexico City, she never imagined the journey would lead to writing Romance. But one MBA, one sexy husband, and two rowdy kids later, Mimi would trade in corporate life for vampires, deities, and snarky humor.
She continues to hope that her books will inspire a leather pants comeback (for men) and that she might make you laugh when you need it most.
She also enjoys interacting with her fans (especially if they're batshit crazy). You can always find her chatting away on Facebook, Twitter, or saying many naughty words on her show MAN CANDY on Radioslot.com !
Find out more about Mimi and upcoming books at www.mimijean.net.