Excerpt: Only For Him by Cristin Harber 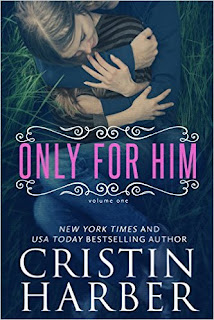 Only For Him by Cristin Harber

Synopsis
Grayson Ford and Emma Kinglsey–close since they were kids, opposites in every way. He’s the stuff high school crushes are made of, Mister Popular, and captain of every team. She’s artsy, cute, and not in his league, though fully aware of Summerland’s “I Dream of Dating Grayson Ford” support group.

I can’t say no. The girl’s had my heart since before I knew it went missing.

He hides a life of hell. His father hates him, his mother’s gone. Emma is his only savior, yet she doesn’t know her power over him. She’s the only girl he wants, the only one he could ever tell–though he won’t.

I’m stronger, bigger, more of a man than he’ll ever be, but because I ruined his life, I’ve taken his crap, his attacks, the vulgar nature of his existence.

Until she discovers Gray’s embarrassment, his humiliation. Emma fights for him and for a chance. Theirs is a Cinderella story that she believes impossible. But as the layers peel back, it’s just a guy who needs a girl in order to keep breathing.

My mind is already doodling Mrs. Grayson Ford in imaginary notebooks. He has no clue where my head is at… But, given that I didn’t see what just happened coming, maybe I have no clue where his head is at either. 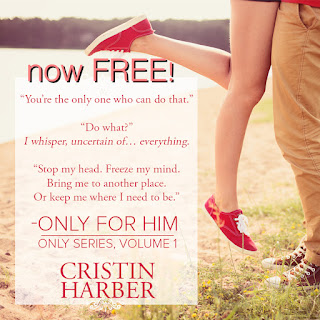 All Links for Cristin Harber