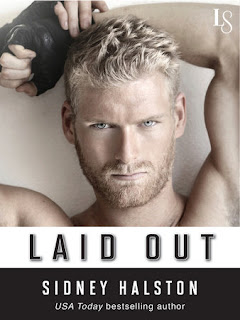 Laid Out
Worth the Fight # 4
By: Sidney Halston
Releasing August 18, 2015
Loveswept

Perfect for fans of Monica Murphy and Cecy Robson, Sidney Halston’s scorching new MMA romance proves there are no holds barred when it comes to seduction.

Growing up an Army brat, Violet Channing could never meet her dad’s high expectations. But in the eyes of her best friend, she could do no wrong. He even insisted that he should be her first kiss. Now Cain Sorensen is all grown up, hardened by years in special ops and always looking for a good fight. Tall, with striking blue eyes and impossibly blond hair, he’s a modern-day Viking warrior. Of course, Violet’s all grown up, too, and she’s ready to surrender to his every command.

Cain knows he’s bad for Violet. His work is dangerous, and his hobbies are downright deadly. As a private mercenary and a mixed martial arts fighter, he could never let such an innocent soul into his world. And yet his most grueling combat training is no match for Violet’s killer curves, hot touch, and suggestive glances. Now all of Cain’s most explosive fantasies are coming true—but once they cross the line between friends and lovers, there’s no turning back.

“Shut up, Bird!” Violet’s hands were on her hips as she tapped her foot and scowled at her annoying parrot, appropriately named Bird. “I don’t need sex. I’m perfectly content with my life.”

“Perfectly content? Bo-ring,” JL sang out. “There is more to life than ‘perfectly content.’” She pulled out a pair of skinny jeans and a top Violet had bought months before but had never dared to wear. “Oh! This one. This one’s perfect. John will love it.”

Violet loved her friend, but they were so different. Violet looked like a wholesome Texas girl, complete with freckles and a full head of blond curls, while her best friend and roommate, JL, looked like a tattooed pixie, complete with short lilac hair currently spiked up. The only thing they had in common was their southern twang and short stature. “I hope this John guy doesn’t think I’m having sex with him tonight. God, I hate blind dates,” Violet groaned. “What did you tell him?”

“That my perfectly content, wonderfully hot, sexually deprived best friend needed a meet-and-greet with Little John.” She held out her hands about a foot apart and winked. “I also told him Big John was invited to attend the date too. But most importantly, I told him Little John better be ready, willing, and able to take one for the team, because your vagina called me last night and begged me to call John for you.”

“Ugh! If you don’t shut it, I’m going to cover your cage!” Violet scolded Bird. “And as for you . . .” She pointed at JL. “I don’t want to meet Little John tonight. I don’t even want to meet Big John.” Violet scooped up all the clothes that JL had strewn across her bed and began to hang everything back up.

“What are you doing?” JL asked.

“I’m not wearing any of these things. They’re too revealing and too tight. You forget that I’m not a size zero like you.” Violet stopped in midstep, let go of the clothes, and fell back onto the bed with a groan.

“Trust me—a little revealing is fine, Vi. And so is a little tight. I assure you, men like your tits and ass better than my bony chest and tiny butt. No offense, chick, but you need a little lift in the wardrobe department. Scrubs with little yellow bunnies aren’t going to get you laid. And anyway, since when are you self-conscious?”

“I’m not. Not at all. I’m happy with my body; I just don’t want all the goods on display.” She motioned to her chest. “You know I don’t like to dress like that.” She grabbed a tiny pair of shorts JL had tossed on the bed and flung them onto the floor. “Leave something to the imagination and all that. And I’m not looking to get laid. I’m just looking for a nice guy.” She took a deep breath. “God, I think I’m going to throw up.”

“Just shake it off, girl. It’s nerves. It’s been way too long since you dated. You’re the one who’s been whining about not wanting to go dateless to our high school reunion. Prince Charming isn’t just going to knock on your door and beg to go on a date. You need to go out and meet people, especially if you’re going to find a date in two weeks.”

“Ugh! I can’t believe it’s been ten years since I’ve seen most of those people, and I can’t believe I agreed to go. I don’t know if I want to go see all those pretentious jerks.”

“We’re going. You, me, and Travis. Well, my dear twin brother doesn’t know I’m making him go yet, but he’s coming. We all have to go. You have absolutely nothing to worry about. Travis and I didn’t fit in when we started junior year, so imagine what they’ll think now,” JL said, indicating her tattooed arm. “You’re a nurse. Me, on the other hand, I’m a bartender and Travis is a broke MMA fighter. So suck it up, girlie, ’cause we’re all going. You have a couple of weeks to find a date.” JL placed her palms on Violet’s shoulders. “Take a deep breath.”

“Tonight’s just a date,” JL continued. “I was just kidding about Little John. Big John’s not expecting anything more than a nice meal at the Pier. I’ll be right there, and so will half the town. I made sure you were at a familiar place, okay?”

Violet closed her eyes and took a shaky breath. JL handed her some clothes; Violet didn’t miss that JL had given her the too-tight jeans and the too-revealing top. “And if it doesn’t work out tonight, that’s cool too. You just go stag. No biggie.”

“You don’t think it’s too soon to date?” Violet slumped down onto her bed and began to squeeze into the clothes.

“It’s been over three and a half months since your father died. Yeah, maybe that feels soon, but before he passed you hadn’t been on a date in months. Maybe years,” JL said. “And we can’t change the date of the reunion.”

“I have dated. Remember Joe?” She was inside her walk-in closet. “Oh, and Tim. I dated Tim too. And there was a Tom and a Rob.”

“Do you only date guys with three letters in their name?” her friend teased. Violet tossed a scarf at her. “Seriously, Vi, those weren’t real dates. I’m calling bullshit, honey. It has nothing to do with your dad passing away. Even before that you never committed to enjoying yourself. You have to close your eyes and say to yourself, ‘I’m going to try.’ That’s all I ask, that you at least try. And not for the sake of the stupid reunion but because you deserve happiness.”

“Hellooooo? John? Date? Tonight?” Violet waved her arms and then pointed at herself. “That’s me trying.”

JL laughed and waved her hand. “Yoda. Star Wars. Never mind. The point is, you better commit to at least two hours, and I don’t want to hear anything dumb, like how he chews weird or has an uneven haircut. 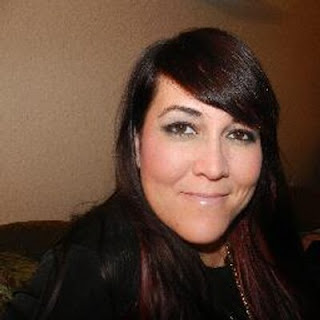 Sidney Halston lives her life by one simple rule: “Just do it.” And that’s exactly what she did. At the age of thirty, having never written anything other than a legal brief, she picked up a pen for the first time to pursue her dream of becoming an author. That first stroke sealed the deal, and she fell in love with writing. Halston lives in South Florida with her husband and children.