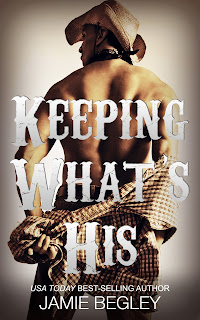 
The Porter Brother's were raised to live and die by Three Rules
One, a Porter stands his ground
Two, a Porter leaves no enemy standing
Three...

Sutton Creech was a cheat and a liar. Tate Porter had found that out when he was eighteen, and he had no intention of letting her make a fool out of him again. He didn’t care how much pain he saw in her eyes or how old memories tugged at his unforgiving heart until, the night a hidden secret is revealed and everything Tate had believed about their past is shattered, proving he had let the woman he loved get away.

Between trying to protect his family and running their pot growing business, Tate doesn't have time to play the "Nice Guy". He'd just have to remember the most important rule his father had given them: A Porter always keeps what's his.


"I was born in a small town in Kentucky. My family began poor, but worked their way to owning a restaurant. My mother was one of the best cooks I have ever known, and she instilled in all her children the value of hard work, and education.