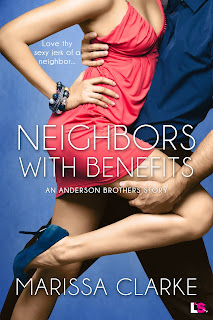 About the Book: CEO Michael Anderson might be something of a “control freak.” Still, he’s not quite sure why his therapist thinks dogsitting will fix anything―especially since he and the canine share a kind of mutual loathing. And to make matters worse, a house sitter moves in next door disrupting his peace—and his dates—with the worst possible music at the worst possible time… every time.

Free-spirited artist Mia Argaropolis has settled into the perfect gig—housesitting in NYC’s Upper West Side while working as an art therapist. Too bad she’s stuck living next door to a bossy control freak with a penchant for calling building security when she blasts music to drown out the noises coming through his bedroom wall.

Post-apocalyptic dinner rolls that nearly take her kitchen with them, a douchebag ex, and a Shih Tzu with the personality of Godzilla attack Mia in one day, and her unlikely neighbor comes to the rescue. Like it was her fault. And now, somehow, they find themselves engaged? Both agree, this neighborly feud just got taken to a whole new level.


Excerpt
“You look beautiful,” he said, leaning against the

support beam of the porch, looking all but edible in his suit and a tie with tiny red specks that matched her dress. He’d planned that out, not doubt. Always the planner.

“It’s all about the dress,” she said.

The specks on his tie blurred and she blinked rapidly until her vision cleared. “Yes.” Up this close, she realized the red on the tie wasn’t specks, but the fins on tiny, geometric, interlocking fish—like an Escher painting. Complex and organized, just like the man. Something completely different when observed from a distance than when up close. 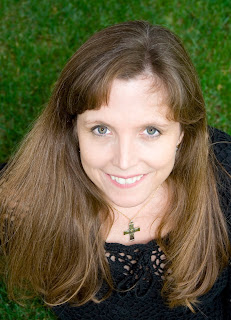 About the Author: Marissa Clarke lives in Texas, where everything is bigger, especially the mosquitoes.

When not writing, she wrangles her rowdy pack of three teens, husband, and a Cairn Terrier named Annabel, who rules the house (and Marissa's heart) with an iron paw.

Currently, she serves as Vice-President of Programming for the West Houston RWA Chapter, and is a founding member of Houston YA/MG Writers, and the QueryTracker.net Blog.

Marissa also writes young adult novels for Penguin USA under the name Mary Lindsey. She is represented by Kevan Lyon of the Marsal Lyon Literary Agency.