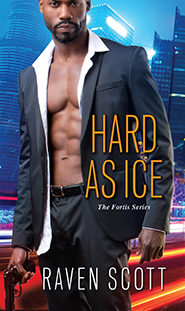 A covert ops specialist, a cyber-surveillance expert, and an unmatched international security and recovery pro. These are the men of Fortis. When money is no object, discretion is essential, and the police are not an option, the wealthy and powerful call on this trio of former government agents with elite military training—not to mention charm and good looks…
Former CIA agent Evan DaCosta is ready to continue his life of adventure, intrigue, and service. That means joining Fortis—and taking on the recovery of precious jewels stolen from a prestigious auction house. The list of suspects is long, but Evan is focused on the possibility of an inside job. Now he’ll have to go undercover and stay close to the gorgeous business manager, Nia James.

A gifted salesperson, Nia worked hard to get where she is today. Now, with her career at stake, a target on her back, and Evan watching her every move, she’s feeling the pressure and the heat. As Nia and Evan become intensely entangled, can they survive the secrets and threats standing in their way or will they run out of time?

Excerpt
“Mr. DaCosta,” she stated in a sultry voice, her hand extended. “I’m Nia James. I understand that you’d like to hear more about our auction services?”
She looked up to meet his eyes squarely. Hers were a warm brown, with speckles of copper and honey. Evan cleared his throat, matching her firm handshake. Tiny sparks sizzled up his forearm.
“Nice to meet you, Miss James. I was told Worthington would be able to help with an estate auction?”
They were interrupted before she could respond.
“Here you go, Mr. DaCosta,” stated the receptionist as she handed him a chilled bottle of fancy imported
spring water.
“Thank you. And it’s Evan, please. Mr. DaCosta was my father.”
Emma giggled, flipping back her silky blond hair.
Evan thought he caught Nia roll her eyes, but it was the tiniest movement, and her pleasant, polite smile didn’t waver.
“Thanks, Emma,” added Nia. The young girl nodded and walked away.
“Yes, we handle estate sales,” continued Nia smoothly. “Depending on what items are involved, we
could provide support for an on-site event, as part of a larger auction, or here through our consignment sales. We’ve also done several successful online auctions if that’s something you’re interested in.”
Evan nodded, taking a small sip of his drink.
“I haven’t given it much thought, to be honest. My father died last year, and left me his collection.”
“I’m very sorry to hear that,” she immediately replied. Her eyes softened, causing Evan to pause. He wasn’t expecting authentic empathy. She’s really good.
“Why don’t you come up to my office, and we can go over some of the details?”
He looked at his watch.
“I have a meeting shortly, so I can’t stay now. But I can come by again later today. Is six o’clock too late?”
“I’m afraid it is. We close at five.”
“That’s unfortunate. I have to sort things out as soon as possible. I don’t have much time available over the next few weeks before I head back home to Virginia, and Worthington comes very highly recommended.”
“I’m sure we can arrange something,” Nia offered.
“Good. If you don’t mind meeting after hours, I’m staying at the Harbor Hotel. Why don’t I make us
dinner reservations tonight for six o’clock?”
It wasn’t a question, and he could see that Nia was genuinely surprised.
“Mr. DaCosta—”
“Evan, please.”
“Evan, that’s not necessary.”
“Sure it is. If you need to work late to meet me, the least I can do is feed you,” he dismissed her qualms while pulling a business card out of his inside jacket pocket. “My cell phone number is on there, and my assistant’s.”
“But—”
Evan’s phone rang, interrupting additional protests.
“Sorry, I have to take this. See you at six,” he told her with a nod, then turned to walk briskly across the
gallery floor. “Tony, what do you have?”
“The security guard is on the move,” the agent stated. “He’s on foot, carrying a duffel bag and looks
pretty agitated.”
“Did he make you?” Evan asked. He was now outside and getting into his car.
“Negative. I just arrived when he burst out of the back entrance of his building. Something spooked him
and it wasn’t me. I’d bet my paycheck that he’s skipping town.”
“Follow him,” instructed Evan as he revved the engine. “I’ve got your location and I’m on my way.”
He hung up the phone, then pulled the Bentley smoothly out into traffic, headed toward the Boston neighborhood of Dorchester. 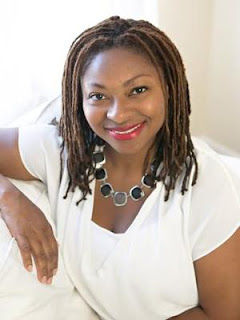 RAVEN SCOTT is married with two daughters and two dogs, living in the beautiful city of Burlington, Ontario, in the greater Toronto area.  She discovered her love of fiction at an early age, devouring hundreds of books over the years. She reads everything from historical and contemporary romance to mystery, sci-fi and suspense. By the time Raven finished University, she had her own stories brewing in her imagination. Writing became a satisfying hobby, then a fulfilling career. When Raven isn't reading or writing, you can find her outside with her family. Find out more at www.ravenscottbooks.com, or visit her on Facebook and Twitter @ravenscottbooks.