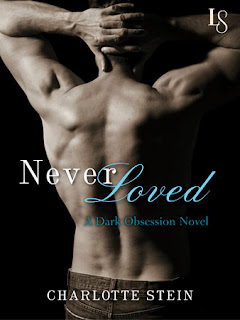 Blurb
Perfect for fans of Abbi Glines, the first novel in the Dark Obsession series tells the story of a beautiful wallflower who falls for a chiseled street fighter—and learns just how dangerous love can be.

Beatrix Becker spent most of her life under the thumb of her controlling, abusive father. And now that she’s free and attending her dream college, she has no idea how to act like the normal crowd: partying, going on dates, even having a conversation. Then she meets Serge Sorensen. Big and surly with a whole host of riotous tattoos, Serge is supposed to scare the hell out of her. But beneath his harsh exterior, Beatrix discovers a kindred spirit who knows what it’s like to be a misfit. Most exhilarating—and terrifying—is what he does for a living: illegal street fighting.

There’s nothing like the rush Serge gets from the intense athleticism and brutal glory of combat—though his chemistry with Beatrix comes close. Slowly at first, he introduces her to his world, where he lives by instinct, passion, and desire. He even helps her out with her equally traumatized brother. But when Serge gets in too deep with the wrong people, he ends up paying in blood. And suddenly, just as Beatrix has been drawn into Serge’s perfectly sculpted arms, she’s thrown once and for all into the fight of his life.

Excerpt
“What you doing here, girl?”
I don’t want to glance in the direction of the speaker. The question is scary enough, but with that voice, too? I can hardly stand to hear and know and see what is in front of me. The guy sounds as if he has gravel caught in his throat, and each word has to rumble up through the mess.
Plus, I already sort of suspect who’s asking. There aren’t many men who would suit a voice that deep and that rough.
But the big guy does. In truth, I could have described what he sounds like before he says a word. It’s just so obvious, the way it’s obvious that a girl in patched corduroy doesn’t belong among all of these sweaty, filthy, angry men. They know it, I know it, and now the big guy does, too, though I’d rather he’d stayed out of it.
I could have just talked to hammer tattoo. I can’t talk to someone like the big guy. He’s far too much, and not just in terms of his size. When I finally dare to glance in his direction—one hand shielding my eyes against the glare—I come pretty close to swallowing my own tongue.
He has a neck tattoo. And not just any neck tattoo, either. This one goes all the way around, as though he hadn’t been satisfied with something small. He hadn’t been satisfied with a few minutes of absolute agony. No, he needed a rope around his throat two inches thick, so rough and coarse I’m tempted to offer him lotion.
If I peel the image away, there will be welts underneath, I’m sure of it. And even if there aren’t, even if that’s insane, the fact still remains:
It looks as if he’s tried to hang himself.
I suspect, in fact, that this was the aim.
Though really, the tattoo is the smallest part of the problem. He’s also wearing this weird overall thing of the kind you usually see on men who work in sewers—though I don’t think the outfit has anything to do with his profession. I’m fairly sure you’re not allowed to tromp around underground with both sleeves hacked off your uniform and all the buttons undone right down to the waist, and if you are, someone should make it illegal right now.
It has to be some kind of health hazard. It’s certainly having a hazardous effect on me, despite the intense effort I’m putting into not staring. I focus on some point just to the left of his head, but that hint of enormous chest keeps calling and calling me back. How could it be otherwise when the better part of my life was spent in knee-high socks with a copy of Men’s Health under my mattress? I thought it was the filthiest thing in the world until I got to this school and saw cocks careening all over everybody’s computers.
It’s a miracle that I manage to control myself at all.
And no surprise when I don’t. I just about get the urge to ogle his chest under control, and then I accidentally glance a little to the right and oh, I shouldn’t have done that.
His general face area is even crazier than the rest of him. He has this strip of hair right down the middle of his shaved head, black and slick and flat, and just in case that’s not wild enough, there are these lines carved through the stubble, like racing stripes, just above his ears. He has actual racing stripes, so strange and bold it’s impossible to look at anything else.
Though God knows I try. I really do. He’s looking at me now in this steely, half-amused sort of way, as if he just knows I can’t resist. In a second he’ll probably crack a joke at my expense, so acting indifferent is very important. Answering him is very important.
And yet I can’t seem to say a word. If I do, I will say all the wrong ones. He will hear my dad in them, blaming him for all the world’s ills and accusing him of turning his daughter into a whore. Or maybe my accent will leak out due to nerves and get me the uncomfortable attention it always does.
Hey, Mary Poppins, he’ll tease, while I try not to die a thousand deaths.

Author Info
Charlotte Stein has written over thirty short stories, novellas and novels, including entries in The Mammoth Book of Hot Romance and Best New Erotica 10. Her latest work, Run To You, was recently a DABWAHA finalist. When not writing deeply emotional and intensely sexy books, she can be found eating jelly turtles, watching terrible sitcoms and occasionally lusting after hunks. For more on Charlotte, visit: www.charlottestein.net