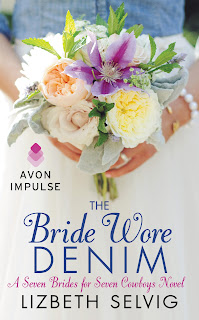 
Blurb
When Harper Lee Crockett returns home to Paradise Ranch, Wyoming, the last thing she expects is to fall head-over-heels in lust for Cole, childhood neighbor and her older sister's long-time boyfriend. The spirited and artistic Crockett sister has finally learned to resist her craziest impulses, but this latest trip home and Cole's rough-and-tough appeal might be too much for her fading self-control.

Cole Wainwright has long been fascinated by the sister who's always stood out from the crowd. His relationship with Amelia, the eldest Crockett sister, isn't as perfect as it seems, and with Harper back in town, he sees everything he's been missing. Cole knows they have no future together—he's tied to the land and she's created a successful life in the big city—but neither of them can escape their growing attraction or inconvenient feelings.

As Harper struggles to come to grips with new family responsibilities and her forbidden feelings for Cole, she must decide whether to listen to her head or to give her heart what it wants.

Thank God for the chickens. They knew how to liven up a funeral.
Harper Crockett crouched against the rain-soaked wall of her father’s extravagant chicken coop and laughed until she cried. This time, however, the tears weren’t for the man who’d built the Henhouse Hilton—as she and her sisters had christened the porch-fronted coop that rivaled most human homes—they were for the eight multi-colored escaped fowl that careened around the yard like over-caffeinated bees.
The very idea of a chicken stampede on one of Wyoming’s largest cattle ranches was enough to ease her sorrow, even today.
She glanced toward the back porch of her parent’s huge log home several hundred yards away to make sure she was still alone, and she wiped the tears and the rain from her eyes. “I know you probably aren’t liking this, Dad,” she said, shaking her head at the sopping chickens. “Chaos instead of order.”
Chaos had never been acceptable to Samuel Crockett.
A bock-bocking Welsummer rooster, gorgeous with its burnt orange and blue body and iridescent green tail, powered past, close enough for Harper to attempt an ambush. She sprang from her position and nabbed the affronted bird around its thick, shiny body. “Gotcha,” she said as its feathers soaked her sweater. “Back to the pen for you.”
The rest of the chickens squawked in alarm at the apprehension and arrest of one of their own. They scattered again scolding and flapping.
Yeah, she thought as she deposited the rooster back in the chicken yard, her father would just have to glower down at the bedlam from heaven. He was the one who’d left the darn birds behind.
As the hens fussed, Harper assessed the little flock made up of her father’s favorite breeds—all chosen for their easy-going temperaments: Friendly, buff-colored cochins; smart and docile, black and white Plymouth rocks; and sweet, shy black Australorps. Oh, what freedom and gang mentality could do—they’d turned into a band of egg-laying gangsters helping each other escape the law.
And despite there being seven chickens left to corral, Harper reveled in sharing their attempted run for freedom with nobody. She brushed ineffectually at the muds on her soggy fabric of her blue-and-brown broom skirt—hippie clothing in the words her sisters—and the stains on her favorite, crocheted summer sweater. It would have been much smarter to run back to the house and recruit help. Any number of kids bored with funereal reminiscing would have gladly volunteered, and the wrangling would have been done in minutes.
Something about facing this alone, however, fed her need to dredge any good memories she could from the day. She’d chased an awful lot of chickens throughout her youth. The memories served. She didn’t want to share them. 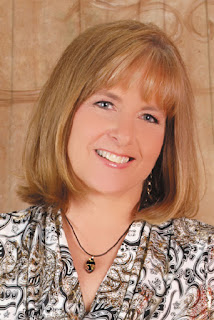 Lizbeth Selvig writes fun, heartwarming contemporary romantic fiction for Avon books. Her debut novel, The Rancher and the Rock Star, was released in 2012. Her second, Rescued By A Stranger is a 2014 RWA RITA® Award nominee. Liz lives in Minnesota with her best friend (aka her husband), a hyperactive border collie named Magic and a gray Arabian gelding named Jedi. After working as a newspaper journalist and magazine editor, and raising an equine veterinarian daughter and a talented musician son, Lizbeth entered Romance Writers of America’s Golden Heart® contest in 2010 with The Rancher and the Rock Star (then titled Songbird) and won the Single Title Contemporary category.
In her spare time, she loves being a brand new grandma to Evelyn Grace as well as to hike, quilt, read, horseback ride, and play with her four-legged grandchildren, of which there are nearly twenty, including a wallaby, an alpaca, a donkey, a pig, a sugar glider, and many dogs, cats and horses (pics of all appear on her website www.lizbethselvig.com). She loves connecting with readers—contact her any time!