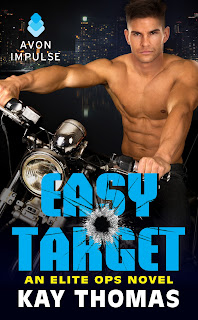 AEGIS: an elite team of ex-military men who will do anything for their country…and their women.

Fighting to clear her brother of murder, freelance reporter Sassy Smith is suddenly kidnapped and thrown into a truck with other women who are about to be sold…or worse. When she sees an opportunity for escape Sassy takes it, but she may have just jumped from the frying pan into the fire.

Former Marine Bryan Fisher (aka Hollywood) is no stranger to dangerous situations, or to his best friend’s little sister. When he rescues Sassy, Bryan is determined to keep her safe…if he can keep his hands off of her. Because Sassy is all grown up and not at all like the girl he used to know. But he’s got bigger problems. And with enemies coming at them from every corner, Bryan and Sassy will need to work together if they’re going to survive.

Excerpt
Bryan’s stomach tightened when he ripped the shower curtain aside to find Sassy asleep on the tub’s porcelain floor with her head leaning back against the tile. Her position didn’t look very comfortable, but as exhausted as she was, it wouldn’t have taken much. Steam floated around her, and the shower spray was hitting the wall two feet above her head.
“Sassy?” He kept his voice low, not wanting to startle her.
She never stirred, but she’d been crying earlier. That much was obvious from the red splotches around her eyes. And if the sight of her wet body in the shower hadn’t brought him to his knees, her tear-splotched face did.
God, please. Let him face another man with a gun and a grenade any day. He had no idea what to do with this woman’s tears.
“Sassy?” He spoke a little louder this time.
Was this just the shock of everything catching up to her?
Praying she’d just sat down for a moment and dozed off and that this wasn’t some residual effect of the concussion, he reached to turn off the still warm water. Otis must have a monster hot water heater in this place.
Ignoring the torque in his back, he grabbed the threadbare towel and borrowed robe from the countertop and reached to pull her up and out of the tub.
When he leaned down over her, her blue eyes flew open. Only then did she react. But not like he would have expected. She went wild.
“No, dammit. No. Don’t touch me … don’t ever touch me. Just stop! Stop!”
“Sassy? Sassy, it’s me.” He dropped the robe on her shoulder and leaned back in a squat beside the tub.
Her eyes were glassy and unfocused. She jumped to her feet and covered her breasts with one hand protectively across her chest. He sat on his haunches, taking in the sight of a naked, wet Sassy standing over him. Momentarily stunned, he never saw it coming.
When her other fist connected with his jaw, the cracking sound reverberated around the bathroom. Still in a squat, he tipped backward. His shoulder bounced off the countertop and he landed on his ass directly on the wet linoleum. He felt the jolt all the way up his back again.
Jesus. He’d forgotten she definitely didn’t hit like a girl. Damn.
The slap of his butt hitting the wet floor seemed to pull her from wherever she’d been. Her eyes widened and her mouth opened in a wide O.
“Bryan. Ohmigod. I’m so sorry. I … sat down to shave my legs and … I must have dozed off.”
The shock on her face no doubt mirrored his own as he rubbed his jaw. “Just glad you weren’t holding the razor,” he mumbled.
She started to reach for him, then stopped. He saw the moment she remembered she was stark naked. 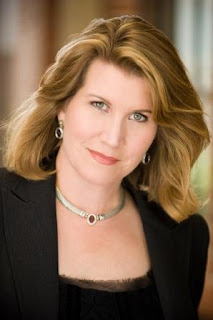 Kay Thomas didn't grow up burning to be a writer. She wasn't even much of a reader until fourth grade. That's when her sister read The Black Stallion aloud to her. For hours Kay was enthralled—shipwrecked and riding an untamed horse across desert sand. Then tragedy struck. Her sister lost her voice. But Kay couldn't wait to hear what happened in the story—so she picked up that book, finished reading it herself, and went in search of more adventures at the local library.
Today Kay lives in Dallas with her husband, two children, and a shockingly spoiled Boston terrier. Her award-winning novels have been published internationally.