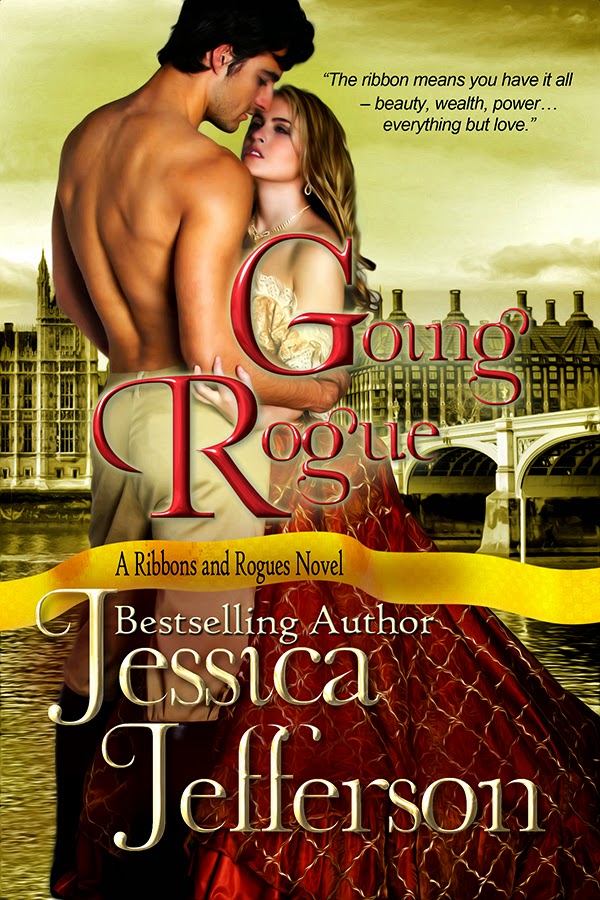 The ribbon means you have it all – beauty, wealth, power ... everything but love.

Miss Meredith Castle leaves behind everything she knows to join her great aunt in London and become leader of the infamous girls’ club, The Ribbons. She’s willing to make whatever sacrifices necessary to redeem her ailing mother, even if that means leaving her childhood love behind to scale London’s social ladder.

When Derek Weston’s best friend receives the offer of a lifetime, he encourages her to take it. Unwilling to let her go completely, he chases after her, only to find the sweet girl he loved replaced by a spoiled debutante. A broken man, he leaves London to start a new life at sea.

Five years later, Meredith realizes her reign as Queen of the Ball is about to come to an end, if she doesn’t do something to fix her tarnished reputation. Pairing up with the Season’s newest wallflower seems like the perfect plan, until she finds out her demure friend is being pursued by the very man she thought she’d never see again. Only, Derek Weston isn’t who he used to be. He’s inherited a Scottish title and grown into an arrogant man she barely recognizes; yet in her heart, she knows she still loves him. Torn between her past and an uncertain future, can she find a way back to the life she used to have and the boy who once adored her?

“You couldn’t love me.” Meredith’s shoulders fell. “You haven’t seen me for over a year—too much has changed. It’s too late.”
“A year means nothing when I’ve known you for a lifetime,” he argued.
“A year is a lifetime.” She shook her head. “I’m not the person I used to be.”
“Of course you are. After you come home—”
“Middlebury is no longer my home and I can’t go back. There’s nothing for me there.”
“Except me?” He’d meant it as a bold declaration of his intentions. But his confidence was wavering and he knew the words were as much a question as they were anything else.
“Don’t you see—I can’t marry you.” Her words cut like a knife. “I’ve a real chance here. Aunt Cynthia thinks I can be a duchess. An actual duchess! Can you imagine? Think of all I can do for my mother.”
“I had no idea you held such lofty aspirations,” he said quietly, the ring tucked tightly within his fist.
She looked down. “You said it yourself once—I deserve more than what life in the village has to offer me. How can I settle for being the wife of an officer when I have a real chance at a title?”
He dropped the ring on the floor, the weight of it finally too much to bear. “Somewhere along the way you seem to have forgotten what’s truly important, Mere.”
“And what’s that?”
“Love, friendship, loyalty…”
She shook her head. “My mother followed love and look where that got her. She has nothing now but a crumbling house and stacks of bills. It takes far more than love to make a life—it takes a fortune.”
And then he knew. This shell of a woman was certainly not his Meredith. His Meredith would never be so callous—so ruthless. It was her eyes, hair, and smile—but not her spirit.
The girl he loved was nowhere to be found in the woman in front of him.
Derek cleared his throat. “You’ve changed.”
She looked at him. “We’re just too different now. I had hoped that it would be easy, that you’d just forget about me over time. Why do you think I stopped writing all those months ago?”
It was the final blow to their friendship. Meredith hadn’t been as busy with her lessons as he’d thought. He knew the truth now—perhaps he’d known it all along. She hadn’t been too busy to write, she’d been too busy for him. She’d been trying to end their friendship amicably by simply ignoring the fact it had ever existed.
“I shouldn’t have come here,” he said quietly.
“Probably not.” She wrapped her arms around her middle, just as she had when she was younger. His heart ached for the memory.
He needed to leave, to be as far from this place as he could get. But there was one thing he couldn’t leave without.
Taking her by the arms, he pulled her close, and kissed her fiercely.
She didn’t resist.
She returned his kiss with just as much emotion, her arms snaking their way up his chest. Before she’d left, he’d stolen a brief kiss. The chaste exchange hadn’t lasted but a second, both of them so inexperienced. But he’d spent nights dreaming about it, imagining all he’d do differently given the opportunity again.
Now, she kissed him with a skill that he didn’t bother to question. He knew someone else had taught her, but he didn’t care. He wanted her to remember him, remember this moment. He kissed her with every intention of scarring a memory into her consciousness so that after this, every kiss she’d ever receive would pale in comparison to his. He poured every ounce of himself into it—every feeling he’d ever hidden, all the love he’d ever felt for her. His tongue plunged deeper, exploring the secret places inside her mouth.
This kiss was the requiem for what was to become his past.
When he felt her knees start to buckle, he knew it was time. Derek pulled away. His gaze locked briefly with hers. Her eyes were heavy with desire and her lips were red and swollen from the pleasurable assault.
He said nothing. Instead, he walked straight for the door— ready to leave the place where his vision for the future had been shattered into thousands of irreparable shards.
And he’d be damned before he tried to pick them up. 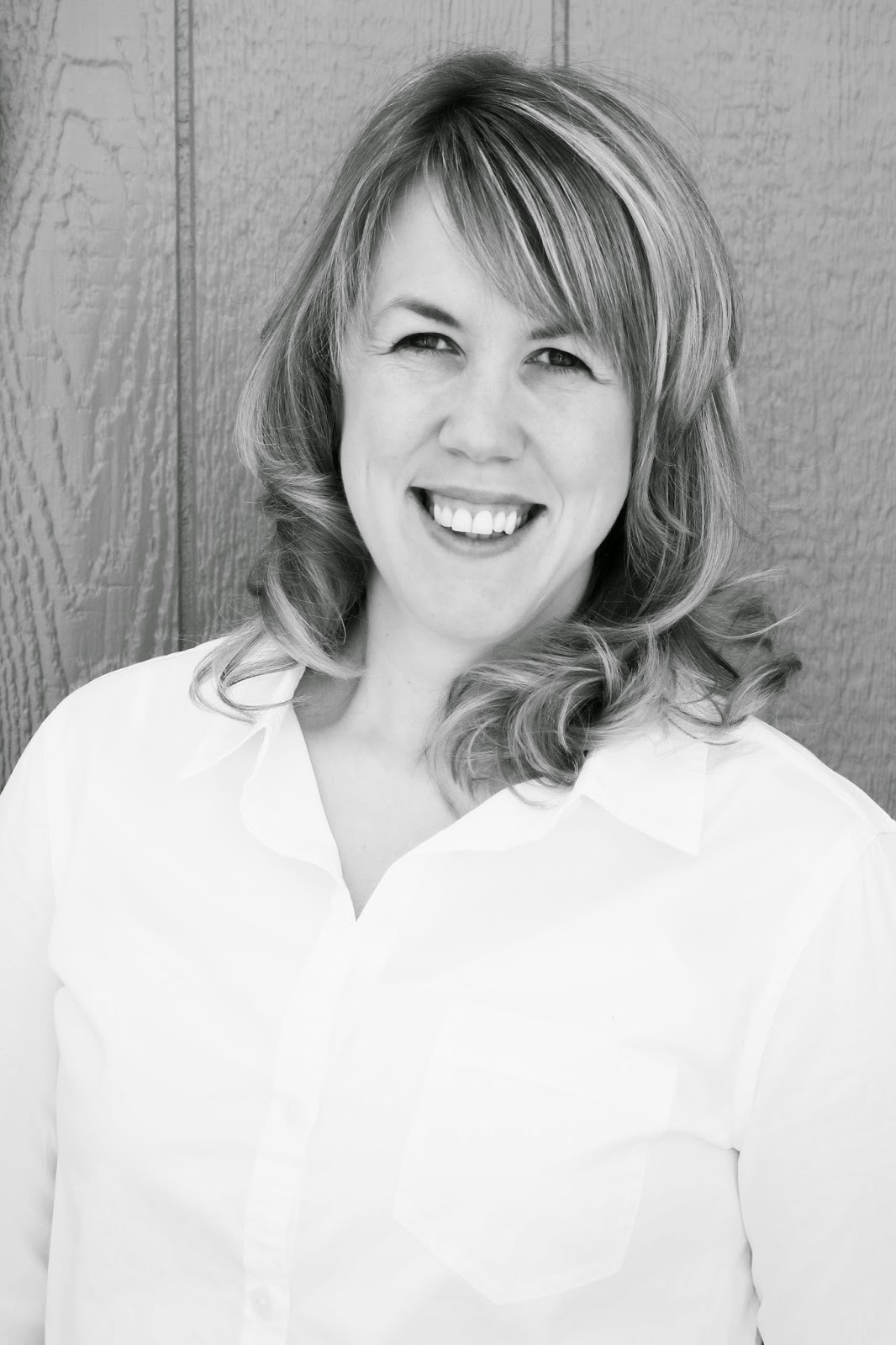 Author Info
Jessica Jefferson makes her home in Almost-Chicago with her husband, nine and three year old girls, guinea pigs, and English bulldog Pete.  When she's not busy trying to find middle-ground between being a modern career woman and Suzy-Homemaker, she loves to watch "Real Housewives of [insert city here]" and performing unnecessary improvements to her home and property.
Jessica writes Regency-era historical romance with a modern twist, infused with humor. She always tries to create endearingly flawed heroes and one of a kind heroines that you'll want to continue knowing long after you read the last page.