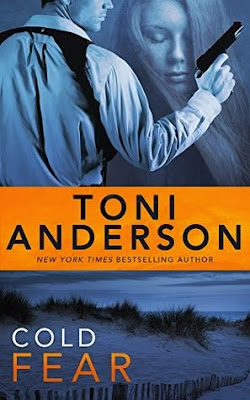 When old evidence turns up on a fresh corpse, ASAC Lincoln Frazer is determined it won’t delay the execution of a convicted serial killer. But when more young women are brutally slain, it becomes clear—this new killer is intimately familiar with the old murders.

Former Army Captain Dr. Isadora Campbell helped her mother hide a terrible crime. After her mother’s death, Izzy resigned her commission and returned to the Outer Banks to raise her rebellious teenage sister. But it doesn’t take long for Izzy to suspect that someone knows exactly what she did, all those years ago.

If they work together, maybe no one else will die.

With pressure mounting to reopen the old case, Frazer will use any means possible to catch the killer. Thrust together during the investigation, he and Izzy find themselves reluctantly attracted to one another, and begin an affair. Meanwhile, the killer is much closer than they think. Izzy’s confession of her secret drives Frazer away as he struggles with her deception. By the time he realizes he’s fallen in love with the stubborn woman, the killer has her. Now the race is on to save Izzy, and any chance of a future they might have together.

Izzy grabbed sheets, towels and comforters, battling with the towering pile as she headed toward the door. The sound of Kit’s sobs drove nails of grief through her heart but she kept moving. Izzy was used to stressful situations and coped with disaster by keeping busy. Maybe that’s why she’d gravitated toward emergency medicine. Maximum chaos, minimum time to think.
She grabbed the keys off the rack next to the door. “If the Feds can help catch Helena’s killer this has to be a good thing. Tell them everything you know.”
“But I don’t know anything,” Kit wailed.
With one exception Izzy was a big believer in following the rules, which had made her a damn good Army officer. She opened the door and there stood the federal agent, Frazer.
He was one of those individuals who was so ridiculously handsome you could barely look at him. Worse, he knew it.
“Kit,” she shouted. “The FBI is here, baby.”
Barney came to meet the newcomer. Izzy expected the man to be too self-important to greet the dog but he went down on his haunches and gave Barney a good scratch on the neck. After a few moments of mutual adoration the guy stood. The blue of his tie matched the ocean in his eyes. “What’s his name?”
“Barney—or barmy, depending on the day.” She held his gaze, and he took it for the challenge it was. “You can talk to Kit alone, but if she decides she doesn’t want to speak to you anymore she doesn’t have to.” She called over her shoulder. “Did you hear that, Kit? I’ll be at the cottage. If you get uncomfortable with Agent—” She turned back to the guy. “Sorry, what was your name again?”
“ASAC Frazer.” His eyes glinted, obviously not used to women forgetting details. Or maybe knowing she’d lied about the fact to give herself a little power when she felt so powerless.
“If you don’t want to talk to ASAC Frazer, come over to the cottage and get me, okay?”
Kit mumbled something that could have been anything from “bitch” to “sure.” It certainly wasn’t “thank you” or “I love you.”
Her sister’s lack of appreciation and general sense of entitlement was staggering and Izzy swallowed the hurt and the resentment. Their mother had spoiled the younger girl, and Kit’s lack of consideration for others drove Izzy crazy. Another reason she’d spent so much time away from home.
The sharp-eyed Fed didn’t miss her momentary loss of composure. She buried her reaction, something she’d always been good at, but the military had honed the skill into a mask no one could penetrate. It made for a hell of a game of poker. “Upset her and you’ll find out where I conceal my weapon.”
His eyes creased at the corners, but he didn’t fool her for a moment. “Left shoulder holster, so you’re right-handed. Looks like a Glock-17, but tricky to say for sure without getting a better look.” The guy’s gaze slid over her chest with glacial indifference, but suddenly she knew that was an act too. A wall. His own defense mechanism.
His eyes landed on her mouth, on the mole that sat just above the left side of her upper lip. She resisted the urge to touch her face self-consciously. Warmth filled her, and she knew she was blushing. As a physician and a former soldier, blushing was not in her repertoire. She moved past him, heart beating frantically as she went out the door.


Emotions were high, that was all. She was not attracted to this guy. She’d rather date Hank, and he’d given up asking her months ago. Her dog stayed behind, and she left them to it. She wanted ASAC Frazer to find the killer and leave them alone. She had enough problems in her life without adding a tall good-looking federal agent into the mix.

A graduate of Marine Biology from the University of Liverpool, and the University of St. Andrews, Toni was a Post-doctoral Research Scientist for several years, and travelled the world with her work. After living in seven different countries, she finally settled in the Canadian prairies with her Irish husband and two children. Now she spends her time talking to the voices in her head and making things up. Toni has no explanation for her oft-times dark imagination, and only hopes the romance makes up for it. She’s addicted to reading, dogs, tea (never travels without it), and chocolate. She loves to hear from readers.

Toni donates 15% of her royalties from EDGE OF SURVIVAL to diabetes research--to find out why, read the book!

You can find Toni at