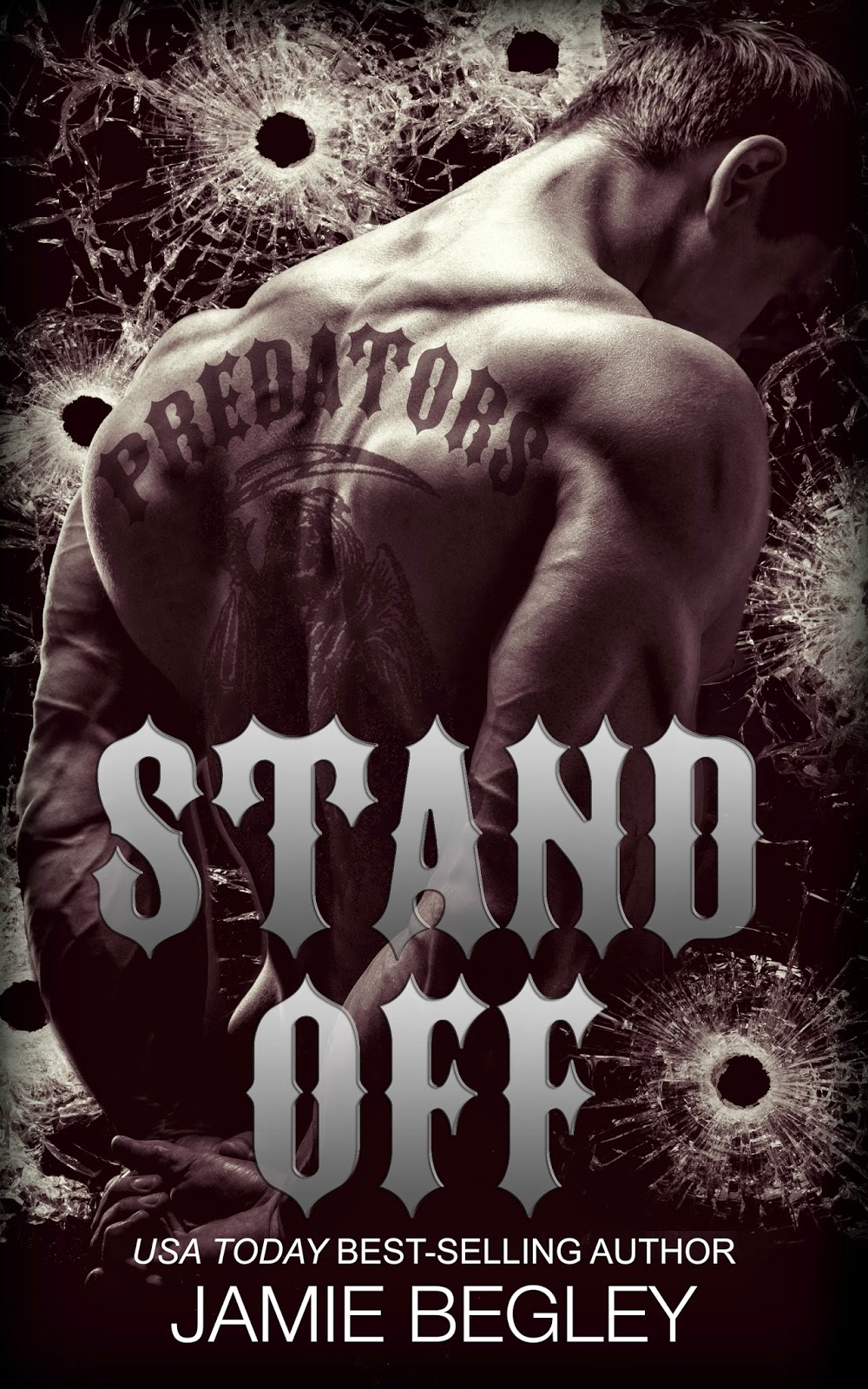 One mistake can change your life forever.

Casey had spent most of her life watching the Predators control Queen City, never believing they could be brought to justice. She was the one who always passed unnoticed as Max’s stepsister. They underestimated what she was capable of until it was almost too late. When the Predators discovered they were her prey, there was hell to pay, and Casey was going to have to pay her dues with her soul.

One mistake can fuck up your life forever.

Max trusted his stepsister, not believing for a second she would betray the Predators. She used her body to get what she wanted, and now Max would use the same wiles on her to trap Casey in her own web of deceit. The Predators demanded revenge, and Max was going to see they got what they wanted, even if the price was his soul.

This was one standoff neither was going to win. 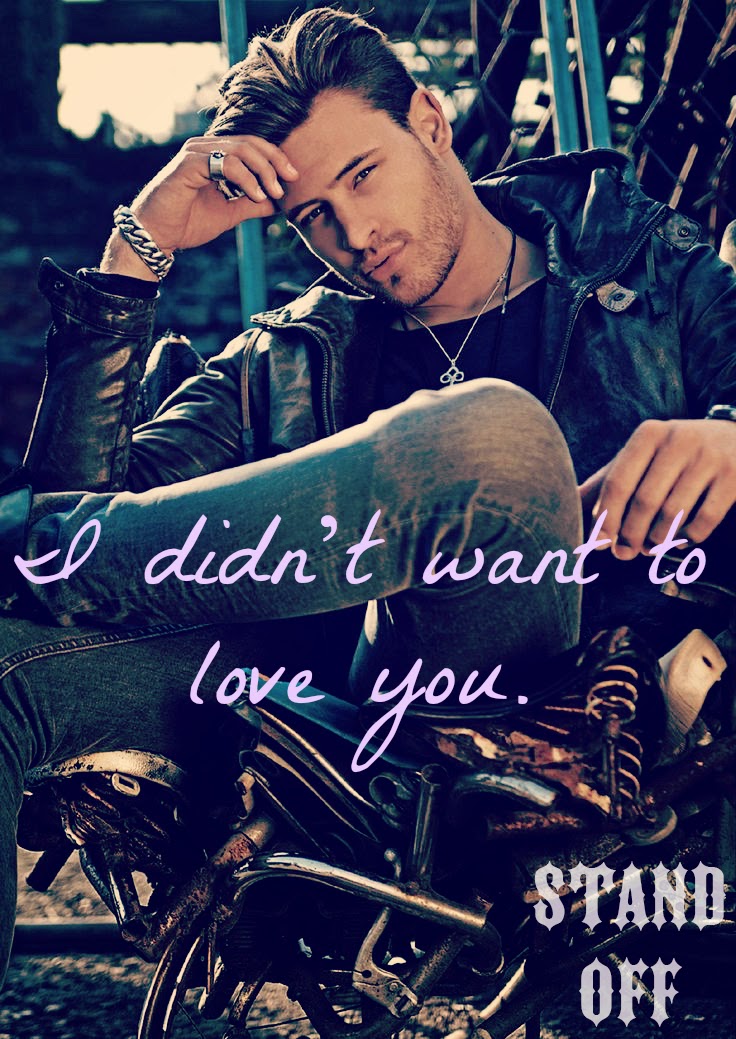 Excerpt
Max walked across the parking lot to his bike, where the club members were standing together, waiting for him.
“Find out what you wanted to know?” Ice asked, his arm around Grace’s shoulders.
“Fuck, no.” Max sat down on his bike, frustrated at Casey’s refusal to confide in him. She was the complete opposite of her mother, who would tell you what color panties she had on if you asked. With Renee, what you saw was what you got. She was feisty and spunky, dressing more like a woman half her age than a woman in her fifties. She had been married three times before she had met and married his father. Max liked Renee and wished Casey had taken a few traits from her mother. She hadn’t, though. She was as closed off and snooty as Renee was friendly and outgoing.
“What are you going to do?” Jackal asked.
“Ask Dad and see if he knows what’s going on.”
“Why does it matter? It’s not like she’s your sister.” Ice climbed on his bike with Grace getting on behind him.
“Because Casey is an uptight bitch who watches every dime she spends. If she needs cash, I’m thinking it’s not for her.”
“Renee?” Ice spoke his own thought out loud.
“Dunno.”
“Could be anything,” Jackal broke into the conversation. “She could owe money or have a habit she’s hiding. She could even be giving it to her boyfriend.”
Max shook his head. “She doesn’t spend any money on herself. She has five work outfits that she wears different days of the week. She never goes out. Her ma is always asking her to go shopping and shit with her, and she never goes. I would know if she was doing any drugs since we control that shit in town.” Max spoke faster at Ice’s warning look about watching his words around Grace. “Her boyfriend is a stockbroker from out east and has more cash than he can spend.”
“How d’you know she has only five work outfits?” Grace’s curious eyes met his.
“There isn’t much I don’t notice about women,” Max bragged.
“I didn’t see you paying much attention to what CeCe was wearing. You asked her if one dress she was wearing was new twice.”
Max shrugged. “You still pissed about me and CeCe? She was the one who dumped me, remember?”
“Because you didn’t want to make a commitment,” Grace said accusingly.
“I have to spread the love around,” he joked, winking at Grace, who didn’t smile back.
“What you’re spreading is bullshit, not love.”
“You check the boyfriend out?” Ice broke in, cutting off the budding argument between Max and his wife.
Max raised a brow at Ice’s silent warning to drop the subject of CeCe. Grace and CeCe were best friends, and Ice didn’t want Grace to form hard feelings that would make it difficult to be around the club members.
“Her ma asked me to. She thought he was flashing too much money around. He’s Mr. Clean; couldn’t find crap on him.”
“I don’t understand why you feel the need to try to interfere in her life. She obviously doesn’t want you interfering,” Grace remarked.
“She’s not going to get her wish. Snake!” Max yelled at the biker at the end of the row of bikes.
The biker walked toward him with an apprehensive look. “What’s up?”
“I want you to stay and watch the store until Casey gets off tomorrow morning.”
“Fuck, no. I’m not getting stuck watching over another one of your women. Let someone else do it,” Snake argued.
Max’s eyes narrowed on him. “You telling me no? I’ll rip your fucking head off and piss down your throat. She’s not my woman; she’s my stepsister, and I want her watched,” he bellowed.
“Shit, if you put it that way, I’ll stay. It’s not like I have a fucking choice, is it?” Snake said snidely.
“No; if I tell you to shoot yourself in the foot, you’ll do what you’re told until you’re patched!”
“I’ll do it, but if she gives me the same trouble Grace did, I’m packing up and going back home. If I’m going to be bored, I can go home and bale hay for my dad,” he complained.
Ice and Jackal watched as Max took a step forward and punched Snake in the mouth. Blood poured from his split lip.
“Shut the fuck up, your whining like one of my bitch’s.”
Grace gasped, staring at him with a shocked expression. “I thought you were the nice one in the group.”
“I am,” Max said, opening his beer and taking a long drink.
Grace stared at him dubiously. “Did you not just hear yourself threatening to rip his head off and piss down his throat?” 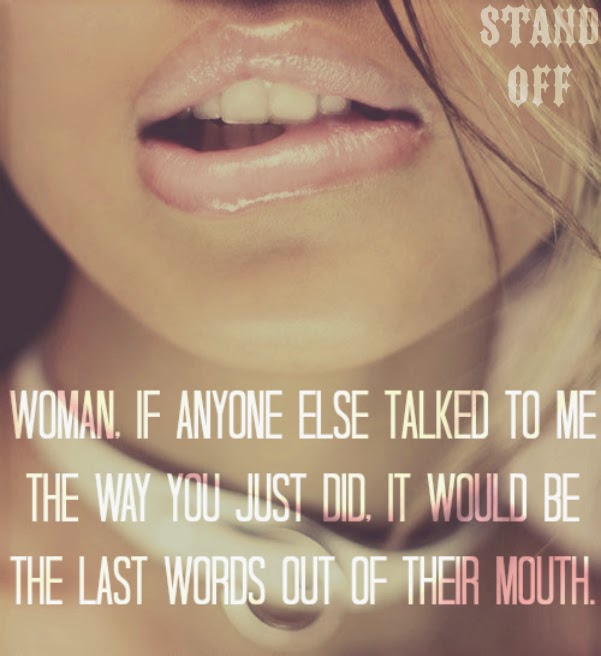 Author Info
"I was born in a small town in Kentucky. My family began poor, but worked their way to owning a restaurant. My mother was one of the best cooks I have ever known, and she instilled in all her children the value of hard work, and education.

Taking after my mother, I've always love to cook, and became pretty good if I do say so myself. I love to experiment and my unfortunate family has suffered through many. They now have learned to steer clear of those dishes. I absolutely love the holidays and my family puts up with my zany decorations.
For now, my days are spent writing, writing, and writing. I have two children who both graduated this year from college. My daughter does my book covers, and my son just tries not to blush when someone asks him about my books.
Currently I am writing five series of books- The Last Riders, The VIP Room, Predators MC, Biker Bitches, and The Dark Souls.
All my books are written for one purpose- the enjoyment others find in them, and the expectations of my fans that inspire me to give it my best.”