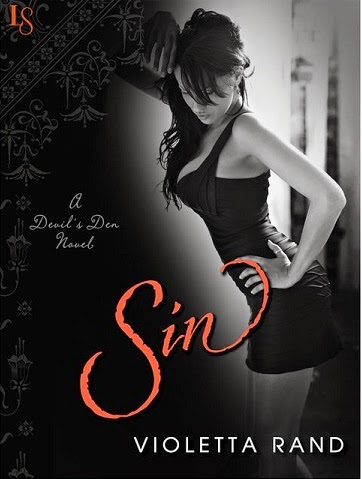 Sin proves that passion goes beyond smoldering desire when hearts dance to their own special beat.

Every woman at the Devil’s Den strip club has a story to tell, and Macey Taylor is no exception. Smart and self-reliant, she’s got a chip on her shoulder, a broken heart, and no patience for a sexy new manager with an Ivy League pedigree and a strict set of rules. Macey prefers to break rules, something she lets Joshua Camden know from the start—even as he ignites a fire in her that goes beyond the hottest club in town.

Joshua is working the Devil’s Den for all it’s worth, learning everything he can about the adult-entertainment game before investing in a place of his own. Macey is a surprise: a woman as strong-willed as she is gorgeous. Joshua wants to get inside her world, to see through her eyes. But he soon discovers that seduction is a two-way street—and expecting redemption without risking his heart may be the greatest sin of all.

I sit and put on the headset, testing the volume quality on several areas of the club. I end up on the same screen Victor was staring at, then I notice Macey. She’s sitting at a table with Callie. I should ignore her completely, but I can’t.

“I’d like to pull that corncob out of his ass,” Macey says, crossing her arms over her
chest.

“He’s not a country boy,” Callie snorts. “I can’t believe you told him he looks corn-fed.”

“I pegged him in ten seconds,” she brags. “Knew exactly where he came from. But I
refuse to give him the satisfaction—smug asshole.”

Macey digs in her purse, then pulls out a pack of cigarettes. She lights one. I smile—
that’s a violation. She takes a long drag, forcing the smoke out of her mouth.

“Mr. Camden?” She extinguishes her half-smoked cigarette in a plastic cup. “I couldn’t see past that Ivy League ego.”

Callie smacks her hand. “The only time I’ve ever seen you this worked up over a guy . . .”

“Wesley?” Her shoulders sag. “He’s gone.” She stands, and my gaze follows her as she paces back and forth. “Guess what I came home to?”

“Champagne and an engagement ring?”

Taking my own advice, I switch the monitor off. There’s a reasonable expectation of
privacy where the dressing room is concerned. Cameras and microphones don’t give anyone the right to abuse the privilege. I already crossed the line, motivated by purely selfish reasons. I’m helplessly intrigued. And completely shocked that any man would cheat on Macey.

After surviving my own personal hell, breaking up with my fiancée after she banged some asshole she met at a party, I’m completely empathetic. My ex can’t hold a candle to Macey. There’s just something about her. I stare at the screen again, admiring her head to toe, trying to find the words. It’s hopeless. Beauty and brains? Chemistry? Maybe it’s because she defied me from the moment she stepped into my office. Or perhaps it’s her determination to move on after her heart’s been fucking stomped on. I’ve been there; I’m probably still there. I shrug. Why question it? And those goddamned eyes . . . I can’t forget those beautiful blue eyes. I suck in a breath.

Anything concerning Macey Taylor outside of the club is none of your business, Camden.

Although there are no anti-fraternization rules here, something Darren told me not to change, I’m not sure how I feel about employees dating each other. At first glance, it seems completely natural. But after spending a couple of weeks here and observing several couples working together, I’ve noted the high stress and jealousy, and have overheard several arguments. I’m afraid if I’m in need of female companionship I’ll have to look elsewhere.

I entered the adult entertainment industry to learn how to run a nightclub before I invest in my own. However, I’m not against enjoying the scenery. And no matter what I keep telling myself, staring at Macey Taylor just might become one of my favorite pastimes. 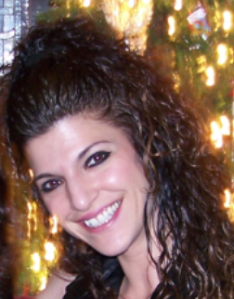 Author Info
Raised in Corpus Christi, Texas, Violetta Rand spent her childhood reading, writing, and playing soccer. After meeting her husband in New England, they moved to Alaska where she studied environmental science and policy as an undergraduate before attending graduate school. Violetta then spent nearly a decade working as an environmental scientist, specializing in soil and water contamination and environmental assessments.
Violetta still lives in Anchorage, Alaska and spends her days writing evocative New Adult romance and historical romance. When she’s not reading, writing, or editing, she enjoys time with her husband, pets, and friends. In her free time, she loves to hike, fish, and ride motorcycles and 4-wheelers.