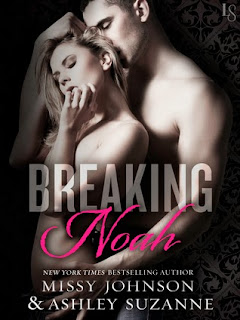 What happens when you start falling for your worst enemy? Fans of Abbi Glines and Monica Murphy will relish this addictive novel of smoking-hot seduction—and revenge gone so wrong, it’s right.

I wasn’t always this jaded. I had a clear head, things I wanted out of life, and a concise plan on how to get there. For being only twenty-one, I pretty much had it all figured out. Until the day my cousin died.

I spent months going over all the details surrounding her death, trying to figure out how I missed the signs, and the only thing I could come up with was she would still be alive if it wasn’t for one person: her professor. So I transferred to his college, enrolled in his class, and set my new plan in motion.

First I’ll seduce him. Then I’ll ruin him. I’ve just got to stay strong and not let his charm and my emotions get the best of me. Because someone has to pay for her death. If it’s the last thing I do, I’m going to break Noah.

Excerpt
I stare down at my bland cafeteria lunch, my breathing erratic. It took forever, but I finally found a table away from the prying, curious eyes of the other students . . . where I can sit and eat . . . alone. Not that I’m hungry, though. I’m too anxious to eat . . . too worked up. I’m sure anyone close enough to hear my accelerated breathing and my heart pounding away faster than the drum line would think I’ve completely lost my mind—but I don’t care. Now that I’m here, this whole thing has suddenly become real. I’m more shocked that I was able to channel my inner Karly and remain calm and collected. I send a silent prayer thanking her for the strength to get through my first class with him.
I’m actually doing this. Months of planning and I’m actually at Northwestern, in his class, living out my calculated plan of revenge on the person I hate more than anyone else in this world; the person who stole my best friend . . . my cousin . . . right out from under me without any warning at all.
Noah Bain.
Even his name makes me feel sick. I’m honestly surprised I was able to be so close to him—alone with him—for more than a few minutes without ramming a pencil through his eye. But death would be too easy. He needs to pay for his mistake. I just need to figure out the best way to go about this. There really are a lot of options. Maybe I’ll just sit back and let the situation work itself out, and if he turns out to be the creep I know he is, he’ll play right into my trap and half the work will be done for me.
I push my tray across the table, unable to stand the sight of food right now. I need just a little while to calm down. I hate that he’s being so nice to me. It doesn’t change anything, though. This morning, before I actually laid eyes on him, there was just a small spark. Now, after having heard his voice, I can picture him saying all those things to lure Karly, then trying to break her. Who am I kidding? He didn’t just try, he succeeded. And now that tiny spark has turned into a flame so large it’s capable of engulfing me whole.
I’m going to destroy him . . . it’s the one thing I can do to try to get some justice for Karly. I’ll be sure she comes out the winner. He doesn’t get to live his happy little life while she’s rotting away in a box six feet under. She deserves more.

Author Info: Missy JohnsonMissy Johnson is a New York Times and USA Today bestselling author who lives in a small town in Victoria, Australia, with her husband and her confused pets (a dog who thinks that she is a cat, a cat who thinks he is a dog . . . you get the picture). When she’s not writing, she can usually be found looking for something to read.

Author Info: Ashley Suzanne
Ashley Suzanne has been writing for as long as she can remember. As a youngster, she was always creating stories and talking to her imaginary friends. Thankfully, her parents also carried this love of fiction, and helped her grow into the bestselling author she is today. When Ashley isn’t coming up with her next story, you'll most likely find her on the couch, telling her husband all about her new book boyfriend, or spending quality time with her two gremlins . . . er, adorable children.