A Covert group of Immortals who police their own kind while protecting the human race from the Red Hand Organization. 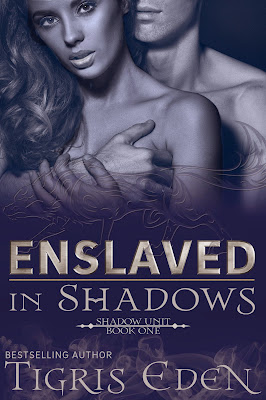 Blurb:
A man's Past leads to his Future...... Agent Stone of the Shadow Unit's job is simple, most days. Work in the Shadows, police his own Kind. When an unwanted assignment turns out to be his darkest fantasy from the past, Draven can't help but be conflicted by the memories of the past and his responsibilities in the future. But his decision has been made. The Heart of a woman is Tested........ Jes can't let the tall dark agent back into her life. How can she trust any man after what she's endured. Years of abuse have broken her down and she doesn't have room for more. The man she turns to for help hasn't abused her physically but he's tormented her emotionally. A past betrayal left her scarred, but also brought her life. Can she accept him into her heart and trust him again? One will survive and adapt, the other will realize hearts can be mended even if it’s a bit too late. The road to forgiveness sometimes only brings more pain. Unexpected events set their lives on two separate tracks leading to one outcome. Lives will be changed and an emotional battle to save their souls will leave them both trapped and enslaved in their need for one another. 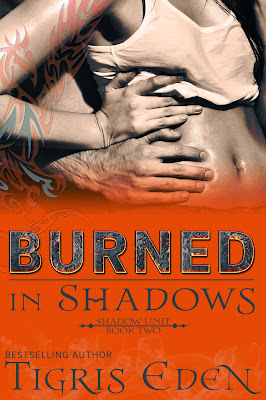 Blurb:
Royce Zarides has accepted his hand dealt by fate. He's loved and left far too many women. In the bedroom that is. But one kiss from Belinda Raine Ignis was all it took for his eyes to open. Is she really the woman meant for him and his brother Ronin? Or will history only repeat itself? That's the million dollar question he doesn't want to answer. Ronin does not believe that Belinda is for him and his brother. But one night with her isn't enough. Even when he sees her for who and what she really is, Ronin still has a hard time expressing his emotions where Belinda is concerned, and time is running out now that she's to ascend to the status of Matria of the Phoenix Enclave. Belinda (Bells) Ignis is good at ignoring men. She's had her share of heartache. Jilted at the altar by her first love, she's sworn all men off for good. Her mother and Matria of her community has other plans in mind, as well as the Zarides brothers. When faced with the heated glances of Ronin and the smooth tongue of Royce, what's a girl to do? The clock is ticking down for certain members of the Shadow Unit. Draven assumed dead, leaves a sour taste in every ones mouth. Jes' new found abilities make for a great addition to the team. But when things seem to settle, they only get worse, as the team sets out to discover the origins of Mr. Black and the notorious Red Sun Organization. Secrets are uncovered and deals are made that result in a deadly blow to all involved. 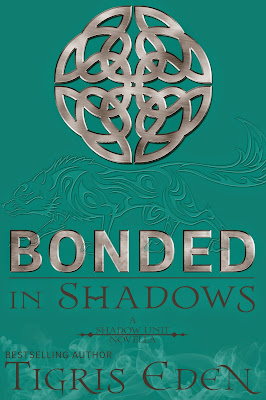 Blurb:
When a family celebration threatens to turn into a disaster, there is only one person to blame- Asia Thompson, a member of the pack who also holds the title of Draven’s former first love. After fighting almost impossible odds, Jes and Draven are finally together, but emotions are high strung now that Asia has shown up unannounced with the intention to take what she thinks she’s entitled to, including Draven. Dealing with the protocol of Draven’s pack leaves a sour taste in Jes’ mouth. She’s battled every inner demon she has in order to be with her man. She wants their family to be first, not second which is easier said than done when she feels Draven is choosing his pack over family. The pack has a way of digging their claws into their happily ever-after, pulling Draven further and further from his family’s needs. With Asia’s manipulative schemes combined with the conflict over their daughter’s birthday ritual, the couple’s bond is truly tested. Join the members of Shadow Unit as they celebrate Family, in Bonded in Shadows a Shadow Unit Novella. 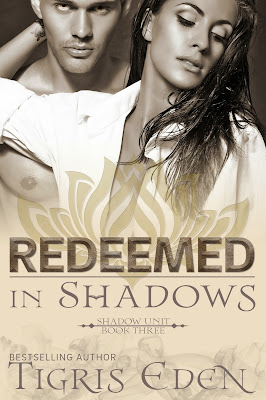 Sometimes wrongs can be righted and the mistakes of a person’s past forgiven. And sometimes things can go very very wrong... Gabe, the Harbinger of Death has been Earth-bound for almost two hundred years, his punishment for taking the life of another without cause. He's been trying to atone ever since, by joining the Shadow Unit and befriending the last man he should. Now, with only two weeks left on his sentence, he prepares to leave the team behind for good-but only after training his replacement. When the enigmatic Kapua(Xee)Hale appears, tempting his desires, Gabe temporarily forgoes business for a night of pleasure by working her out of his system. But will one night be enough? Tensions are high at Shadow Unit headquarters. Loyalties are tested and old debts are called in as the team embarks on a dangerous new mission that exposes Gabriel's dark past. 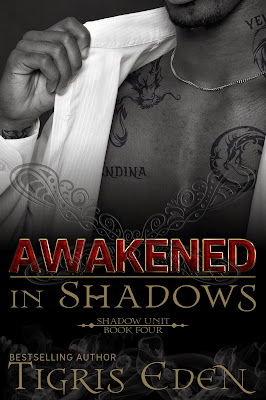 Can someone constantly on the receiving end of betrayal learn to trust again? Dietrich Omari Johnson trusts no one. Sold into slavery by his own people, he learns early what the sharp edge of betrayal feels like. Working for the Shadow Unit is out of forced necessity. Never one to do something for nothing, he plays both sides of the fence. Every move, every decision, is calculated for his own personal gain. Jorunn McLellan, given into the care of the Unit’s meanest team member, tries to make the best of a frightening situation. The dominating Walker hides behind his shades, and harsh comments, yet still manages to heat up her body. Can she put to rest the emotions Dietrich awakens and move on with her life before he steals her soul and shatters her heart? Or is the glimpse he allows her to see enough to fight for what she knows is his only chance for happiness? 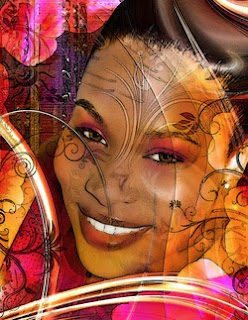 One of Tigris’ fondest memories, was in the sixth grade, when her teacher read her story, “The Case of The Missing Pepperoni”, out loud to the class. It was then she decided she wanted to be a writer when she grew up. But like all childhood dreams, reality has a way of crashing in and disrupting plans. But her imagination and the voices inside her head never stopped talking. Every dream she could remember was jotted down in her dream journals.

Years later she’d use them to express her happiness and her pain, through poetry. She took her real life situations and twisted them into something she could handle. Fantastical tales of love, life, death and cruelty. Now that her dream of writing is a reality she turns the voices in her head into stories of werewolves, vampires and other mythical made-up creatures and drops them into a world of her choosing.

All of her stories are figments of her imagination, mixed in with a healthy dose of real-life situations. Tigris’ famous lines are “It’s not me who’s interesting, it’s my crazy whacked out friends and family around me who are.”

Aspiring to be waited on hand and foot, Tigris spends her evenings and weekends in front of her computer, typing out the various stories that she’s either dreamed or witnessed.

An avid reader, Tigris enjoys an eclectic range of authors. Some of her favorite titles are Animal Farm, Slaughterhouse Five, Stephen Kings, The Stand, and Big Bad Wolf, A light in the Attic, Jane Eyre, The Color Purple, Oh the Places You Will Go, The Secret Garden, and Menefreya in The Morning. Just to name a few.

When she’s not writing Tigris marvel’s at life’s gifts. She likes to take pictures of beautiful things. She openly admits that what she may find beautiful another person might not, and she’s perfectly okay with that. She enjoys her music and doesn’t leave home without it. Long pillow conversations with LL about nonsensical things, and hanging out with her boys, when they deem her “cool enough.”

It can be said that life is never boring at her house. Something is always going on. Shouting matches at the tele, food fights at the table, and the occasional extremely loud singing.
Tigris is a military brat who’s done her fair share of traveling, thanks to her Army father. She’s married to the infamous LL and has three boys. She currently resides in Houston and is actively seeking a book-buddy for the end of the world.

You can find Tigris at